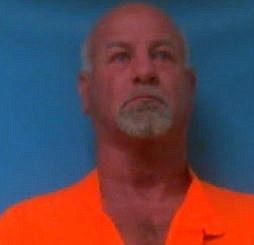 ASHDOWN, Arkansas -- A Texarkana man has been charged with negligent homicide and driving while intoxicated in connection with a crash in September that took the life of a 64-year-old Ashdown woman.

James Franklin Nowlin, 55, of Texarkana, Arkansas, allegedly had a blood alcohol level of .165 when he struck a Honda CRV with his Ford F-150 pickup at about 9:15 p.m. Sept. 2 on U.S. Highway 71 in front of Jerry's Drive In Liquor store. The Honda being driven by Melba Rose overturned and Rose was pronounced dead at the scene by the local coroner, according to a probable cause affidavit and Arkansas State Police Fatal Crash Summary.

Rose had pulled onto the highway from a fast food restaurant when she was hit.

Nowlin's truck also overturned and landed on top of a passenger car parked at the liquor store.

According to the probable cause affidavit, the accident was allegedly caused by Nowlin's "inattentive driving."

Nowlin was airlifted to a hospital in Shreveport, Louisiana, for treatment of his injuries. A blood sample obtained through a warrant and tested at the Arkansas State Crime Lab allegedly showed a blood alcohol level well above the level of .08 at which drivers are considered impaired under Arkansas law.

Little River County court records show Deputy Prosecuting Attorney Al Smith filed an information Monday charging Nowlin with negligent homicide and DWI. If convicted of negligent homicide, Nowlin faces five to 20 years in prison and a fine up to $15,000. If convicted of DWI, Nowlin faces up to a year in the county jail and a fine between $150 and $1,000.

Records show Nowlin was arrested Nov. 28 on the charges and released Nov. 30 after posting a $125,000 bond. Nowlin entered pleas of not guilty Tuesday at an appearance before Circuit Judge Bryan Chesshir.