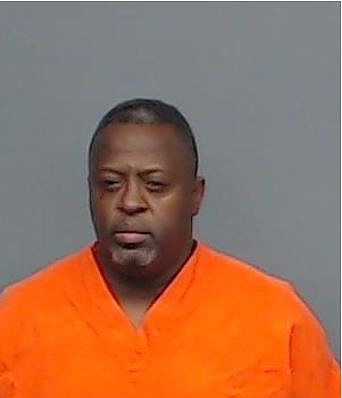 Wesley, 58, was sentenced in July 2020 to five life sentences plus 220 years at the end of a jury trial before 202nd District Judge John Tidwell in Bowie County. Tidwell ordered the terms to run consecutively.

"At trial, the victims who testified to the continuous sexual assaults they suffered from Logan Wesley demonstrated tremendous bravery. On such overwhelming evidence, the jury needed little time to determine that Wesley was guilty as charged and to assess one of the harshest prison sentences ever handed down in Bowie County: five life sentences plus 220 years. Our office is pleased with the Court of Appeals' decision affirming Wesley's conviction and punishment, which brings to a close a long, violent and abusive chapter for this predator," First Assistant District Attorney Kelley Crisp said.

Wesley was convicted of sexually abusing three women, all in their 30s at trial, who testified they were children when Wesley used his position as pastor of Trinity Temple Church of God in Christ in Texarkana, Arkansas, to molest them and pressure them into keeping quiet.

One of the women is a close relative of Wesley's who was sexually abused by him from about age 13 until about age 20.

The second victim testified she was abused by Wesley from ages 9 to 12. The third testified that she was abused from age 13 into adulthood and that Wesley told her the abuse was "okay because he was a man of God."

Wesley was described as "the night-crawler" by a fourth woman, 43 at the time of trial, who testified that she was molested in a different jurisdiction. That woman, a relative of Wesley's, said Wesley began touching her when she was about 4 years old and he was a teen.

A fifth woman, 31 at trial, testified that she was about 17 and still in high school when Wesley, her pastor, began making sexual advances toward her. She told the jury that Wesley paid for her to have an abortion at a Shreveport, Louisiana, clinic and that he continued to pursue her even after she was married to someone else.

On appeal, Wesley argued that the instructions given to the jury in the guilt or innocence phase of the trial were so flawed as to warrant a new trial.

"Wesley contends that the trial court's failure to include a specific unanimity instruction requiring the jury to unanimously agree on what specific conduct constituted each specific count caused egregious harm," the opinion states.

The higher court agreed with Wesley that the instructions should have told jurors that they had to agree on which specific instance of abuse constituted which crime but that the error wasn't enough for a new trial.

The opinion notes that Wesley testified at the trial and denied any sexual misconduct, leaving the jury with a "he said, she said" situation and an "all or nothing decision" to make. Either Wesley was telling the truth or he is guilty of the conduct described by the state's witnesses.

"The jury would have acquitted Wesley if they had believed his version of the events," the opinion states.

Wesley is currently being held in the Michael Unit of the Texas Department of Criminal Justice in Tennessee Colony, Texas.