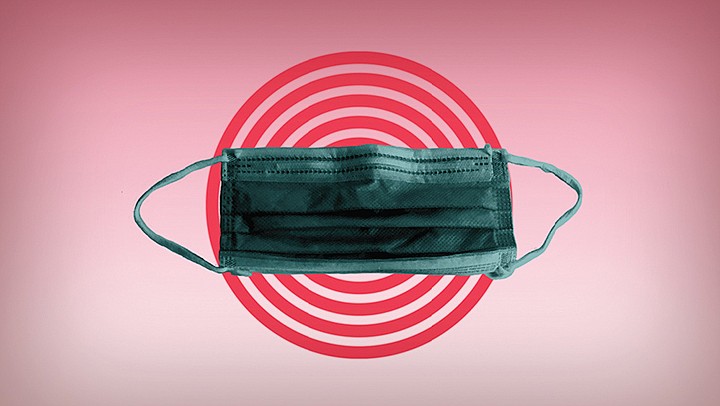 AUSTIN -- In August, Sally Benavides watched as the COVID-19 delta variant "spread like wildfire" in Texas and remembered relatives who had fallen ill and friends who had lost loved ones to the virus.

"There were a lot of people that were dying from COVID," she said. "So I was concerned with the fact that there were going to be people everywhere without masks ... especially in schools."

She decided to direct her concerns to Gov. Greg Abbott. She was not alone.

The governor's office said Abbott received nearly 10,000 individual pieces of correspondence between May 18 and Aug. 24 related to his prohibition on mask mandates in schools. Abbott's open records division is still working to provide all of these letters and emails to the Austin American-Statesman in response to August requests under the Texas Public Information Act.

But among the more than 1,200 letters reviewed by the American-Statesman, the vast majority express opposition to Abbott's school mask policy, many pleading with him to leave the decision up to local officials.

The federal Centers for Disease Control and Prevention recommends universal masking in schools, even among those who are vaccinated, to curb the spread of the virus.

The leaders of dozens of school districts across Texas have required masks despite Abbott's executive orders banning such mandates, including several in the Austin area. An American-Statesman analysis of data from a dozen Central Texas school districts this fall found that those that had required masks from the beginning of the school year saw lower case rates and fewer classroom closures.

The mask issue has galvanized parents, teachers and voters across the political spectrum and could be a key factor in the gubernatorial election as Abbott seeks a third term.

"Right now, I'm thinking that I'm not going to vote for him," Benavides said, explaining that the pandemic is one of the most important issues for her. "But again, it depends on what his stance is at the time and what his opponent is fixing to do."

She said she previously voted for Abbott but found his handling of the pandemic to be "wishy-washy."

Abbott's shift away from mask mandates, stressing instead personal responsibility, is probably a strategic move ahead of the March 1 Republican primary, but it could pose a risk in the general election, said Brandon Rottinghaus, a political science professor at the University of Houston.

"He's playing to the base in the near term, but in the broader term, it could complicate his ability to show Texans that he's able to deal with these pandemic issues," Rottinghaus said.

Abbott faces primary challenges from Don Huffines and Allen West, both of whom are running to his right and criticized his COVID-19 restrictions earlier in pandemic.

West admitted to not wearing a mask at the Dallas-Fort Worth International Airport despite a federal mask mandate in airports. And when local and school officials began defying Abbott's order in August, Huffines called the mask mandates "an attack on the rights and liberties of Texans" and called on Abbott and the Legislature to "impose real consequences."

Abbott's effort to bar mask mandates falls in line with his push to centralize power, but enforcement of his orders has been uneven as several legal challenges play out in the courts.

Abbott found little support from Republicans in the Legislature to enshrine the ban in state law during this year's second special legislative session.

Masks, meanwhile, have proved a popular public health measure among most Texans.

A Spectrum News and Ipsos poll released in August, at the height of political fights over masks, found that a majority of Texans favored wearing masks in public places and 72% supported mask requirements in K-12 schools.

Masks remain a potent tool in the fight against COVID-19, a disease that has claimed the lives of more than 800,000 Americans and more than 70,000 Texans, because not enough people have gotten vaccinated to reach herd immunity.

Parents might remember Abbott's hard-line mask stance when they head to the polls, Rottinghaus said.

"It strikes at the core of their concerns, and that's their kids," he said. "That is playing with fire, if you are on the wrong side of it.

"I don't know that this one issue will be the driving issue, but if you combine this with other issues involving the pandemic, and then questions about the energy grid, and the state finances and foster care system and other issues, it could be politically damaging for the governor."

The records obtained by the Statesman included letter campaigns with the same text sent by many people asking for local authority over mask mandates, but other people, such as Benavides, wrote personalized messages to the governor.

Several letter authors contacted by the Statesman said they didn't recall a response from the governor's office or only received an acknowledgment that their correspondence had been received.

"Gov. Abbott represents all Texans and works every day on their behalf," Abbott spokeswoman Renae Eze said. "The governor's office reads every email and letter and answers every call from Texans who reach out on a daily basis, including the dozens of parents who want to ensure their parental rights will be protected when it comes to deciding if their child will wear a mask."

Without a mask mandate or a local virtual option in her granddaughters' school, Benavides tried to home-school them early in the fall, but teaching the girls while caring for her older daughter proved challenging.

In October, she sent her granddaughters, 8 and 9 years old, back to school, and she said they have had a few possible exposures to COVID-19 while there.

"We had a few scares where there were, you know, some students that had it, and so there we go, off to go get them tested," she said. "It's nerve-wracking. It still is."

Like Benavides, a handful of Texans indicated in their letters to Abbott that his mask orders made them hesitant to support his reelection bid, despite previously voting for him.

"I am a long-term Republican who voted for you. ... You have completely lost any chance that I will ever vote for you again," wrote a 77-year-old microbiologist from Plano, who asked not to be identified by the Statesman for fear of backlash from his community.

He told the Statesman he is a conservative who votes regularly but was disappointed that Abbott did not follow the lead of scientists when it came to masks. But he said he also doesn't see himself supporting Democratic candidate Beto O'Rourke.

"I'll just write in and vote for Ronald McDonald or something like that, or just won't vote at all," he said.

Stephanie Bradbury, a mother of two in The Woodlands, a conservative community north of Houston, said she hoped Abbott would reverse course like Republican Arkansas Gov. Asa Hutchinson, who said he regretted signing into law a ban on mask mandates after Arkansas saw a surge of cases in August.

"You don't have to mandate masks yourself, just get out of the way and allow local districts and health departments (to) do their jobs. Asa Hutchinson changed his mind and you can too. Please!" Bradbury, 35, wrote to Abbott in mid-August.

Bradbury said her favorite aunt died of COVID-19 before vaccines were available for her age group, and she worried that her 6-year-old son and 18-month-old daughter would contract it through her son's school.

Her son got the pediatric COVID-19 vaccine when it was made available to kids ages 5 to 11 in November, and her daughter is in a Moderna vaccine trial for infants.

"​​I still am very upset that he would impose something like that, especially since this past summer, like August, September, October, my son's school was having case after case," she told the Statesman.

Bradbury, who had not previously voted for Abbott, said she also disapproved of the governor's response to last winter's deadly storms.

Jacquelyn Amador, a parent of elementary schoolchildren in Hays County who wrote to Abbott multiple times, would like to see masks required until everyone, including children in preschool and day cares, has the opportunity to get vaccinated.

"But I think at this point, not enough people have had that opportunity or haven't made the decision," the 39-year-old said.

Still, there are Texans who support Abbott's position against mask mandates, including about five dozen authors of the more than 1,200 letters reviewed by the Statesman.

For people like Stephanie Andrews, who wrote to the governor asking for assistance after the Austin school district imposed a mask mandate in August, masks are also a top priority.

Her household is divided on wearing masks, but Andrews said her 6-year-old daughter also dislikes masks because they can irritate her ears and skin. Andrews has raised her concerns with Austin school district leaders, but her daughter still has to abide by the district's mandate.

She said she has never voted in a gubernatorial election before, but because of this issue she will head to the polls next year.

"Right now, as long as nothing changes and Abbott still is running and he's still going to fight for no masks and that being a choice, then my vote is definitely for him," she said.

The debate over mask mandates ultimately will be decided by the courts. Earlier this month, a federal appeals court blocked a federal judge's ruling that allowed Texas school districts to impose mask mandates on students, staff members and campus visitors.

The case was brought by seven Texas students with health conditions who argue that the ban on mask mandates violates the Americans with Disabilities Act by denying them the opportunity to participate equally in school.

Meanwhile, an order from a state District Court in Austin upheld the Austin school district's mask mandate. That case and other similar ones are expected to reach the Texas Supreme Court.

Austin Superintendent Stephanie S. Elizalde has said the district's mask mandate will continue at least into the early spring semester because public health officials are warning that the winter holidays could lead to another spike in cases, especially as the omicron variant spreads.

But she said she remains hopeful because vaccinations are also on the rise. More than a quarter of kids ages 5 to 11 in Travis County had been vaccinated as of Dec. 8, compared with 13% across the state.

"We might see even more of an increase as schools let out and people have more time to take their kids and themselves to be vaccinated," she said.

While vaccines give kids protection from contracting COVID-19 or falling ill from COVID-19, she said wearing masks will continue to be an important "extra layer of protection," especially from the delta and omicron variants.

Last school year, vaccines initially were available only to students 16 and older in the spring, but Walkes said there were slightly more than 3,900 cases in local schools during the entire school year, thanks to masks and virtual learning. By comparison, since Aug. 9 of this school year, Walkes said more than 5,900 school-related cases have been reported under different mask and isolation policies across local school districts.

"So we've really seen the impact of inconsistent masking across the school districts," she said. "So you see that masking, social distancing and hand washing, which were essentially all we had for half of the school year last year, are really important."