This couple fell for one another singing. Now they're celebrating their 70th anniversary 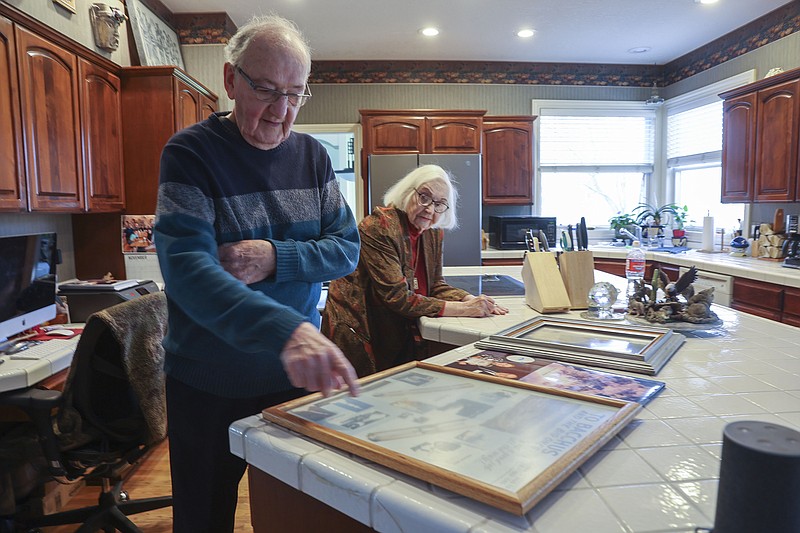 Edward Skurzynski reflects on his career with Hercules Aerospace during the rocket science boom of the 1950s and ’60s. His wife of 70 years, Gloria Skurzynski, authored a book about rocket scientists with Edward’s help. (Darin Oswald/Idaho Statesman/TNS)

BOISE, Idaho -- When Gloria Flister and Edward Skurzynski were dating back in Duquesne, Pennsylvania, a steel town on the Monongahela River, they'd go into the hills surrounding the small town.

They watched as molten slag from the Duquesne (pronounced doo-kane) Works, home of the world's largest blast furnace, Dorothy Six, was brought by rail car to the top of a hill and dumped.

"You'd go out with a boyfriend, and they drive the car, and we go over and park and watch the steel residue being dumped, flaming down the mountainside," Gloria Skurzynski, now 91, recalled in an interview. "I mean, that's the date."

More than seven decades later, the Skurzynskis are still together. Recently, the couple celebrated their 70th wedding anniversary.

Their secret for staying together for so long?

"We give each other space," said Edward Skurzynski, 92, a retired rocket scientist. "I had my career, and Gloria took over most of the household things. Then I retired, and then she went out like a cannon doing her writing, and I'd stay in the background."

Gloria Skurzynski wrote 64 books for young readers. Her first attempt at professional writing was rejected 58 times before it was accepted for publication in Teen magazine.

She found success with children's novels, including a series of books published by the National Geographic Society called "Mysteries in Our National Parks," co-written by the couple's daughter, Alane Ferguson. Many of her books are available online at Amazon.

"I attribute everything to family, the closeness of family, being able to visit our five daughters no matter where they were," Gloria Skurzynski said.

The couple met when Gloria Skurzynski was a student at the all-women's Mount Mercy College, a Catholic school in Pittsburgh now known as Carlow University. Edward Skurzynski went to school 30 miles away, at Washington and Jefferson College, an all-male school in Washington, Pennsylvania.

They met in January 1949 at a Christmas-break party hosted by a man named Richard, a high school friend of hers. The friend invited a man whom Gloria Flister was dating, but instead of being pleased, she became upset.

"He was bringing fellows from the college he was in, and I wanted to meet the new guys," she said, laughing. "I was kind of nasty to the guy who was supposed to be my date, and he left because I was not being nice to him."

"I asked Ed if he would drive me home and he said he would," Gloria Skurzynski said.

That Valentine's Day, Mount Mercy College hosted a formal dance. Richard was going to attend with a friend of Flister's, and she had Richard ask Edward Skurzynski if he wanted her to be his date for the dance.

Flister was taken with Edward Skurzynski when the big band at the dance began playing "Yours," a tune of the day.

Yours 'til the stars lose their glory.

Yours 'til the birds fail to sing.

Yours to the end of our life's story.

This pledge to you dear, I bring.

Yours in the gray of December.

Here or on far distant shores.

I've never loved anyone the way I love you.

How could I when I was born to be just yours?

The couple were married on Dec. 1, 1951, at Holy Name Catholic Church in Duquesne.

Edward Skurzynski spent 32 years working for Hercules Aerospace. He was involved in research and development of rocket motor systems for both space vehicles and Department of Defense weapons systems. He worked for the company at the Allegany Ballistics Laboratory outside Cumberland, Maryland, and later at its Bacchus Works plant in Magna, Utah.

Edward Skurzynski had graduated with a bachelor's degree in mathematics and went to work for the John Hancock life insurance company. He worked as an actuary, someone who measures and manages risk and uncertainty. He found he didn't like that field and looked for something else.

"We saw an article in the paper about Hercules, we got in the car and arranged to have an interview, and I got the job," he said. "I certainly didn't study to be a rocket engineer. But I used my background, and with my math I was doing heat-transer analyses and convinced them to get their first computer."

Gloria Skurzynski began writing professionally after receiving encouragement from Phyllis McGinley, a Pulitzer Prize-winning poet from Utah. McGinley was born in Ontario, Oregon, and grew up in Colorado and Utah. The two women corresponded for many years.

"Here I am a nobody and she started corresponding with me," Gloria Skurzynski said. "And so she encouraged me to write children's books and so I did. When the first one was published I dedicated to her."

One of her books, "The Tempering," tells the story of three teenagers struggling in a steel town. It was written as an homage to her father, who worked at the Duquesne Works. She drew on her background in Duquesne to craft the story.

She also collaborated with Edward Skurzynski for a nonfiction work on the history of the rocket industry, "This Is Rocket Science: True Stories of the Risk-taking Scientists who Figure Out Ways to Explore Beyond Earth."

The Skurzynskis, who live independently in a house near the Boise River, didn't have anything special planned for their anniversary.

They planned to get together virtually with their children, Dr. Serena Nolan, 68, a retired physician from Baltimore; Jan Skurzynski, 68, of Boise; Joni Alan, 65, of Santa Fe, New Mexico; Ferguson, 64, of Tampa, Florida, and Lauren Thliveris, 62, of Madison, Wisconsin. They also have seven grandchildren and 10 great-grandchildren.

The evening was likely to include singing, something important to Gloria and Edward when they first dated and meaningful to them and their children over the years.

"I know that they've planned a musical, because I've been getting little snippets of what they're doing," Gloria Skurzynski said. "I don't know what it's going to be, but it's going to be some kind of a big program that everybody's been working on to put together." 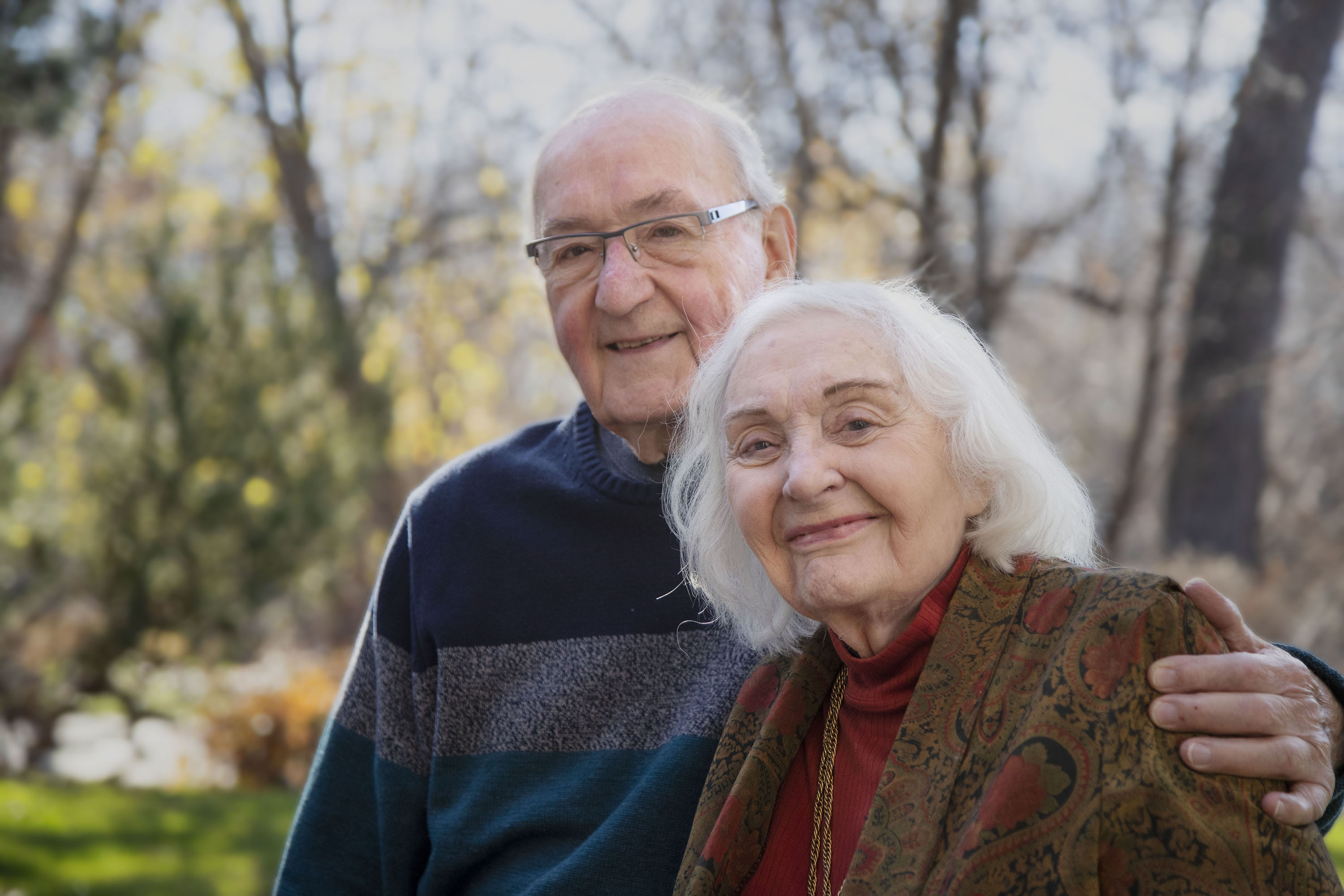 Edward and Gloria Skurzynski are celebrating their 70th anniversary after first meeting in Duquesne, Pennsylvania and getting married in 1951.Edward was a rocket scientist who worked in the space program while Gloria was a children's book author with more than 60 books. After raising five daughters, they moved to Boise, Idaho in their retirement. (Darin Oswald/Idaho Statesman/TNS) 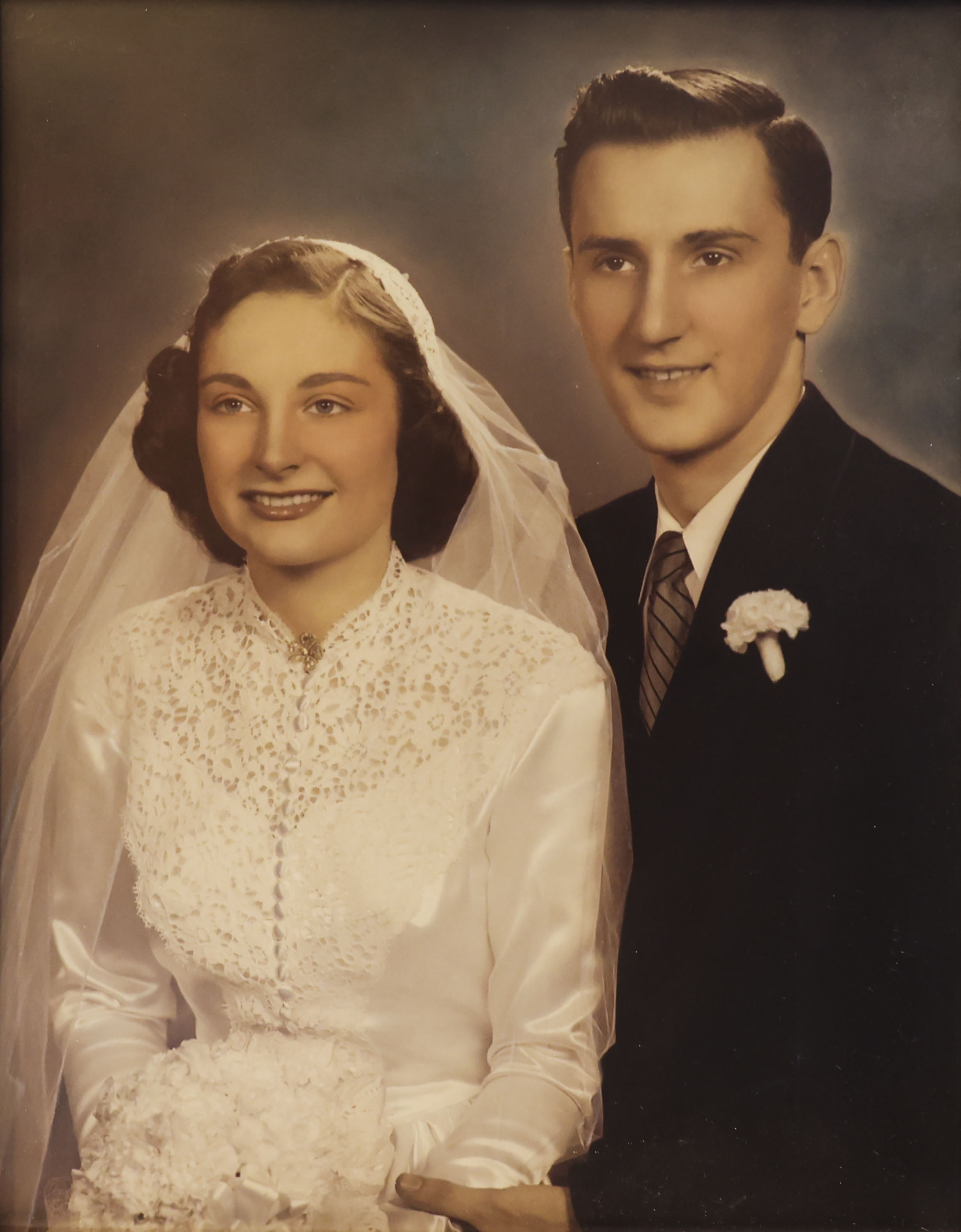 Print Headline: This couple fell for one another singing. Now they're celebrating their 70th anniversary