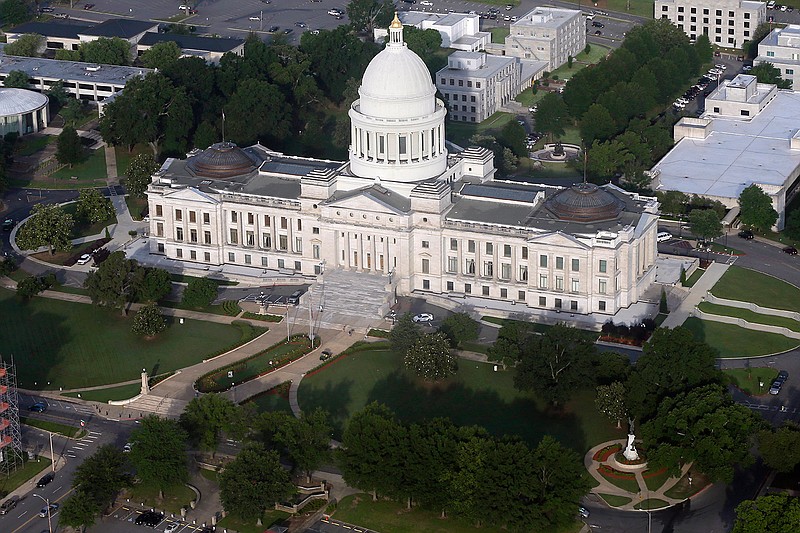 LITTLE ROCK - The 93rd General Assembly convened last week with a traditional day of swearing in ceremonies for new members, followed by the governor's speech in a joint session of the legislature. Then lawmakers immediately got down to business.
More than 400 bills were filed in the first three days, and the public was able to participate as usual when they were heard in committee.
The governor proposed raising teacher salaries by $2,000 a year. It would take two years to phase in the increase, and would cost about $25 million annually. A spokesman for the Department of Education said that the average teacher salary last year was $49,822.
Also, the governor proposed an additional $50 million a year in tax cuts for middle class and low income families. One specific proposal was to lower the state sales tax on the purchase of used cars valued between $4,000 and $10,000, from 6.5 to 3.5%. Now, used car purchases of less than $4,000 are completely exempt from the sales tax.
Legislators have questioned another of the governor's tax cut proposals, to lower income tax rates for new Arkansas residents in the top bracket, from 5.9 to 4.9% for the first five years they live in the state. The goal is to attract people to Arkansas who will invest and create jobs here.
Lawmakers expressed support for the governor's proposal to spend $30 million to continue expanding broadband access across Arkansas.
Senate Bill 107 would require high school students to pass a computer science course in order to graduate, beginning with students who will be in the 9th grade in the 2022-2023 school year.
SB 107 was referred to the Senate Education Committee, which in the past has always been crowded with spectators and people wanting to comment, such as parents, patrons, superintendents and school board members.
This year Senate Education will meet in the Old Supreme Court Room rather than its traditional location in Room 207, because the Old Supreme Court Room is larger and people can more easily maintain safe social distancing.