Texarkana man accused of shooting another man in back on Aug. 2 out on $100,000 bond 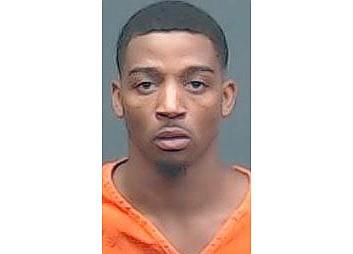 TEXARKANA, Texas - A 21-year-old man accused of shooting another man in the back in August has been released from jail on a $100,000 bond.

Latavion Quintae Larry allegedly said, "You killed my cousin," before firing a bullet that struck a man in the back Aug. 2 in the 1400 block of Windsor Drive, according to a probable cause affidavit. The shooting victim reportedly told investigators that he is the father of a child born to a cousin of Larry's who committed suicide.

The man who was shot told investigators he managed to get in his car and drive himself to a Texarkana hospital for emergency treatment.

Bowie County court records show Larry was arrested Sept. 21 on a charge of aggravated assault with a deadly weapon. He was released from custody Sept. 23 after posting bond.

If found guilty of aggravated assault with a deadly weapon, Larry faces two to 20 years in prison. The case has been assigned to 5th District Judge Bill Miller.