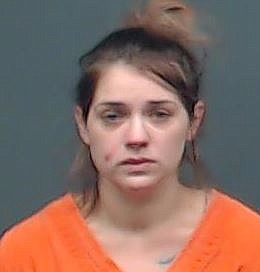 NEW BOSTON, Texas --A venue change in the death penalty trial of a woman accused of murdering a friend and taking her unborn child was discussed Thursday at a pretrial hearing in Bowie County.

Hancock, 21, was approximately eight months pregnant when she was attacked in the New Boston house she shared with her husband and 3-year-old daughter.

At the hearing Thursday, 202nd District Judge John Tidwell told the parties he has been informed that the defense intends to seek a change of venue for Parker's trial.

Such motions typically complain that pretrial publicity has made it unlikely the accused can get a fair trial in the jurisdiction where the crime occurred.

Tidwell told the defense he wants the motion filed by Dec. 10 and scheduled a hearing to address it for early January.

Other issues addressed Thursday include the testing of evidence by the state crime lab. First Assistant District Attorney Kelley Crisp and Parker's lead defense lawyer, Jeff Harrelson of Texarkana, told Tidwell they are working to schedule a meeting with crime lab staff, which is required by Texas law in a death penalty case.

"Hopefully we can agree on the items to be tested," Crisp said.

Parker, who has also used the names Taylor Morton and Taylor Wacasey, sat quietly at the defense table as the lawyers discussed the exchange of evidence in the case, DNA testing and issues surrounding expert testimony.

A large gathering of Hancock's family filled many of the seats in the courtroom.

Parker has been in custody since the day of Hancock's murder.

A Texas state trooper pulled Parker over in DeKalb, Texas, not far from the Oklahoma border, just after 9:30 a.m. the morning of Oct. 9, 2020, according to a probable cause affidavit. Parker allegedly was performing CPR on the infant girl in her lap and the umbilical cord appeared to be coming from her pants.

An ambulance transported Parker and the baby to McCurtain Memorial Hospital in Idabel, Oklahoma, where the baby was pronounced dead and doctors determined Parker had not given birth, according to records.

Approximately 10:20 a.m. the same morning, Hancock's mother discovered her daughter's body in the living room of the home Hancock shared with her husband and 3-year-old daughter in New Boston.

Parker and Reagan Hancock were friends, according to records. Reagan Hancock had posted a sonogram photo on the social media site with an early November due date in the months before her death. The happy post included a name for the baby, Braxlynn Sage Hancock.

Parker allegedly convinced her boyfriend she was pregnant and often made social media posts supporting her claim. The boyfriend reported to police the couple held a gender reveal party in advance of Parker's fictitious Oct. 9 due date to celebrate the arrival of a baby that never truly existed. The boyfriend reported that he expected to meet Parker, then 27, at a hospital in Idabel, Oklahoma, at noon Oct. 9 for a planned, induced labor and delivery.

Parker's jury will have three options when deciding if she is guilty of capital murder: death by lethal injection, life without parole or acquittal. If found guilty of kidnapping, Parker faces two to 20 years in a Texas prison.

Tidwell scheduled the case for another status hearing in December.

Parker is being held in the Bowie County jail.