'Slugging,' the viral beauty hack that skin-care experts actually like 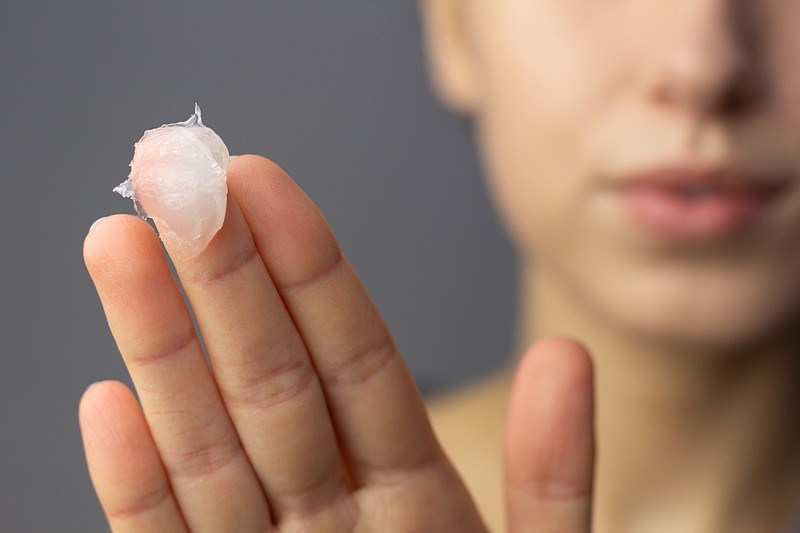 It's rare for TikTok beauty trends to hold merit with dermatologists and aestheticians. Whether they're ridiculous (#lubeprimer, #snailfacial) or dangerous (#diymoleremoval, filing teeth), most TikTok "beauty hacks" are quickly debunked by skin-care professionals -- with the overwhelming exception of "slugging."

Slugging is a catchy term that means slathering your face with petroleum jelly as the last step of your evening skin-care routine. The practice leaves your face as slimy as slug mucus (hence the name).

Supposedly initially a K-Beauty trend, the term slugging appears to have first surfaced in the United States in a 2014 post in a Reddit subgroup. But it didn't go viral until Charlotte Palermino, a New York City-based licensed aesthetician and co-founder of skin care company Dieux, introduced the concept to her TikTok and Instagram followers in September 2020, telling them it had made her dry skin "juicy." As of press time, the hashtag #slugging has 235.5 million views on TikTok.

Petroleum jelly, which is also known as petrolatum and was first sold by Vaseline, is a white or yellowish semisolid substance made up of a mixture of complex hydrocarbons by dewaxing crude oil. According to Joshua Zeichner, a dermatologist and associate professor of dermatology at Mount Sinai Hospital in New York City, it is an occlusive ingredient: "It forms a seal over the stratum corneum (outer layer of skin or skin barrier) to protect the skin from the environment while preventing water loss."

By forming this seal -- which keeps dirt and bacteria out and moisture in -- the petroleum jelly creates the ideal environment to allow your skin to repair itself, Zeichner said. And, he and Palermino said, slugging doesn't require much petroleum jelly. You can use a pea-size portion for your entire face (you don't want to ruin your linens).

Though slugging is a new name for it, the act of applying petroleum jelly as a skin protectant is nothing new. In the 15th century, members of the Native American Seneca tribe, who dug oil pits in northwestern Pennsylvania, used petroleum jelly on human and animal skin to protect wounds, stimulate healing and keep the skin moist. In the late 19th century, American chemist Robert Chesebrough, visiting oil fields in the same area of northwestern Pennsylvania, observed oil workers applying the residue from their oil drills on their wounds. Chesebrough brought a sample back to his Brooklyn lab, purified it, tested it on his self-inflicted wounds and in 1870 branded his "miracle jelly" as Vaseline.

When Tiffany Clay, an Atlanta-based dermatologist, saw slugging being promoted on Instagram, she was amused. "I laughed because I've been doing it my whole life." Clay credits her "Black grandmothers who slathered Vaseline on my cousins and me when we got out of the bath."

Ranella Hirsch, a dermatologist based in Cambridge, Mass., agrees. "I tell parents to coat their kids with Vaseline when they first get out of the tub to seal in the moisture," Hirsch said. "We've been using that as standard practice because the petrolatum really functions as a top coat, trapping in the moisture and preventing transepidermal water loss." Research has shown that in addition to reducing transepidermal water loss (TEWL), by 99 percent, petrolatantimicrobial properties and accelerates skin healing.

Palermino recommends using petroleum jelly in a "moisture sandwich" to trap in the most hydration. "In aesthetician school, one of the first things you learn is you hydrate your skin, you moisturize your skin, and then you trap it all in with an occlusive."

But because of petroleum jelly's occlusive nature, Hirsch cautions against applying any active ingredients, such as retinoids, exfoliants or topical vitamin C before slugging, because you could damage your skin. "You can take an ingredient that is fairly mild, and turn it into something very potent by sealing it with petrolatum."

Although petroleum jelly is considered non-comedogenic (meaning it won't clog pores) because its molecular size is too large to penetrate deep into the skin, Hirsch warned that slugging is not for everyone. "Generally speaking, I don't tend to recommend it [slugging] for people who are prone to milia, oilyor acne. I just find occlusives aren't a good marriage for them." Hirsch recommends patch-testing first for these skin conditions and if you are prone to allergic reactions.

For severely dry skin, Susan Taylor, a Philadelphia-based dermatologist and founder of the Skin of Color Society, warns that petroleum jelly, alone, will not moisturize the skin. "I have my patients put the petroleum jelly over a moisturizer that has humectant and emollient ingredients." Taylor also tells patients to apply petroleum jelly when skin is damp to "trap in the moisture."

The Food and Drug Administration regulates petrolatum as an over-the-counter drug and deems it a safe and effective skin protectant when the concentration range is 30 percent to 100 percent. But the public has a couple of concerns about petroleum jelly. One is worry about contamination by polycyclic aromatic hydrocarbons (PAHs), which are naturally occurring chemical compounds found in crude oil that have been deemed probable human carcinogens.

The experts I spoke to said that while unrefined petroleum jelly (which is not permitted in the United States) can be contaminated with PAHs, the petroleum jelly you see on the shelves of your drugstore has been highly refined. "Petrolatum is essentially a waste product from the petroleum industry that goes through several rounds of refinement until all the impurities have been removed," said Victoria Fu, a skin-care science educator, cosmetic formulation chemist and co-founder of Chemist Confessions, a skin-care line. "Petrolatum has been around for so long and scrutinized by regulators for so long that refined petrolatum has gone through the gamut of testing to ensure safety before it hits the shelves."

Another concern raised by critics of slugging is that petroleum jelly, as a byproduct of crude oil, is not a sustainable product. But Anthony R. Kovscek, a Stanford University professor and senior fellow at the Precourt Institute for Energy, said eliminating sales of petroleum jelly would do little to reverse climate change. "Changing your driving and commuting behaviors, as well as driving the most fuel-efficient car you can afford is far more likely to have an effect on the fossil fuel industry than tamping down sales of Vaseline."

There are many alternatives to petroleum jelly, such as mineral oils, plant oils and animal waxes. While Hirsch and Zeichner recommend Waxelene, they cautioned that products other than petroleum jelly are not as occlusive, are more expensive and have risks of contamination.

"Plants are bio-accumulators so something like shea butter needs to be highly refined before it hits the market," Palermino said. And, she concluded, the refinement process creates a large carbon footprint.