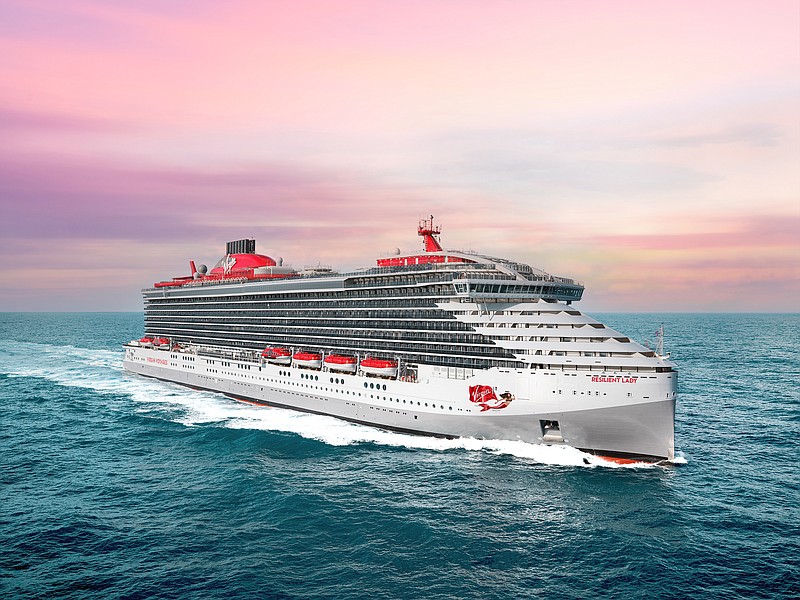 Richard Branson's cruise venture Virgin Voyages will be full up in Miami as it brings two ships to sail from the Magic City this fall. So for its newest ship Resilient Lady, the line is venturing to Puerto Rico to take on the Southern Caribbean.

Resilient Lady completed it sea trials last week out of the Fincantieri shipyards in Italy.

The line will take possession of the third of four planned sister ships in the coming months before its debut sailing Aug. 14 out of Athens.

It will spend 2 1/2 months in the Mediterranean before making the transatlantic sailing on Nov. 1 to Puerto Rico to begin a variety of itineraries from San Juan beginning Nov. 12.

The new cruise venture from Branson originally planned to debut with first ship Scarlet Lady out of Miami in early 2020, but COVID-19 delayed its inaugural sailing until last fall.

The second vessel Valiant Lady debuted with sailings in the United Kingdom, and will sail from Barcelona this May until migrating to Miami and offering longer sailings around the Caribbean to couple with Scarlet Lady's four- and five-night options.

An unnamed fourth ship will debut in 2023. All four of the 2,770-passenger vessels cater to an adults-only clientele.

Each ship features more than 20 places to eat and drink on board. Unlike standard cruises, there won't be a traditional buffet or main dining room or assigned dining times. Entertainment programs for cruisers are designed to offer intimate and immersive experiences. So the ships don't feature a cruise director, but a group of people organizing "happenings." The entertainment is designed to allow willing cruisers to partake in the entertainment.

Fares include all restaurants, group fitness classes, soft drinks and other features that would be upcharges on other cruise lines.

The line revealed the mermaid mural for the ship recently, a mural by artist Jodie Herrera of New Mexico, whose work pulls from her Latin, Jicarilla Apache and Comanche ancestry, according to a post on the cruise line's website. The Resilient Lady's Latina mermaid looks to highlight the power of women, especially marginalized women.

The design shows the mermaid with a "fiery red" tail and "resolute stance inspired by Rosie the Riveter."

"Looking back on what we've accomplished in the last year, despite navigating an ever-changing and often unknown world, we're especially grateful to be moving forward and exploring the seven seas the way we've always dreamed of," reads the post. "So it's only apt that our newest mermaid, and the exceptional artist behind her, represent strength and resilience -- capturing the essence of a woman who knows exactly who she is and what she wants, no matter the obstacle."