Being installed as officers of a Sons of the American Revolution chapter in Atlanta are, from left, Richard Blackwood of Atlanta, secretary; Clarence Burns of Linden, president; Dennis Beckham of Atlanta, registrar. At right, Bill Sekel of Athens, Texas, is chancellor of the local chapter. (Submitted photo)

With the installation of officers on Jan. 15, the National Society of the Sons of the American Revolution established its 69th state chapter in Texas at ceremonies in Atlanta, Texas.

Some 21 local citizens received membership in the local chapter, which had been sought in the area for several years by the Trammel's Trace Chapter of the Daughters of the American Revolution, according to DAR regent Traci Jones of Atlanta.

The new chapter is designated Ark-La-Tex Chapter No. 69. The Texas Society is the largest society of SAR with 49 chapters and 3200 members.

SAR is an American congressionally chartered organization founded in 1889 and headquartered in Louisville, Kentucky. Members are male descendants of people who served in the American Revolutionary War or contributed to establishing the independence of the United States.

The SAR organization promotes respect for institutions of American freedom and patriotism and has assisted in establishing such national observances as Constitutions Day, Flag Day and Bill of Rights Day.

More than 50 persons gathered at the J.E. Manning Chapter 258 of the American Legion Saturday, Jan. 15, to honor the establishment of the local SAR chapter. Any person wanting more information about the chapter or seeking to become a member is encouraged to contact chapter registrar Dennis Beckham of Atlanta at email: [email protected] 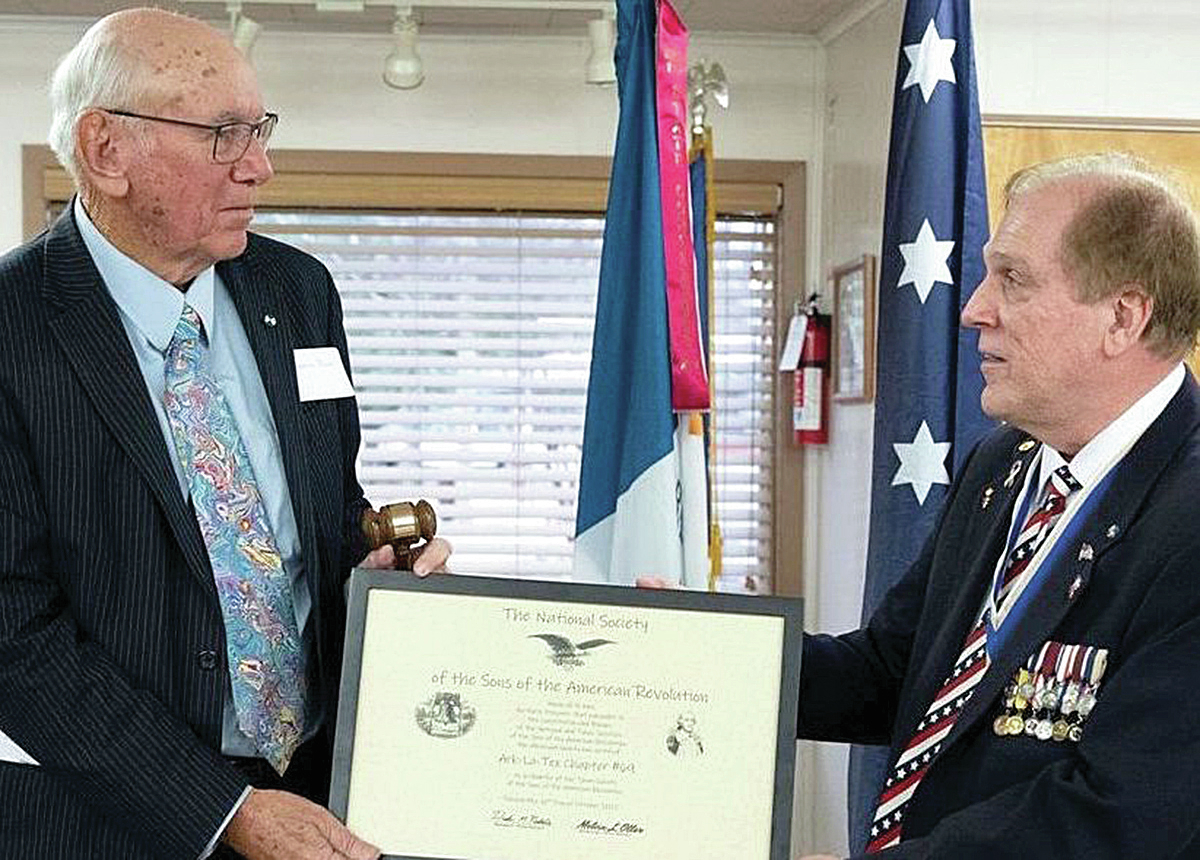 Clarence Burns of Linden, chapter president of the newly organized Ark-La-Tex Chapter No 69 of the Sons of the American Revolution (SAR), receives the chapter charter from Drake Peddie of Dallas, the Texas SAR society president. (Submitted photo) 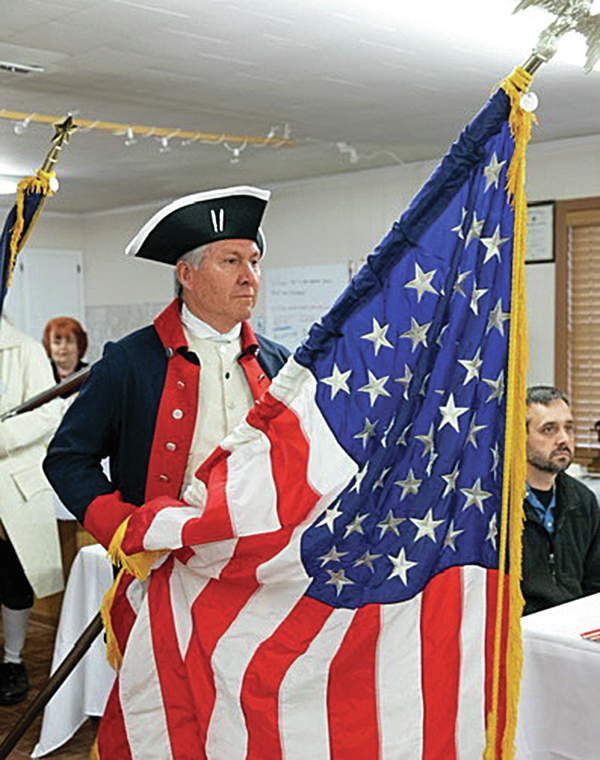 Members of the official color guard for the Texas Society of the Son of the American Revolution were in Atlanta Jan. 15 to assist in chartering of the latest Texas chapter. (Submitted photo) 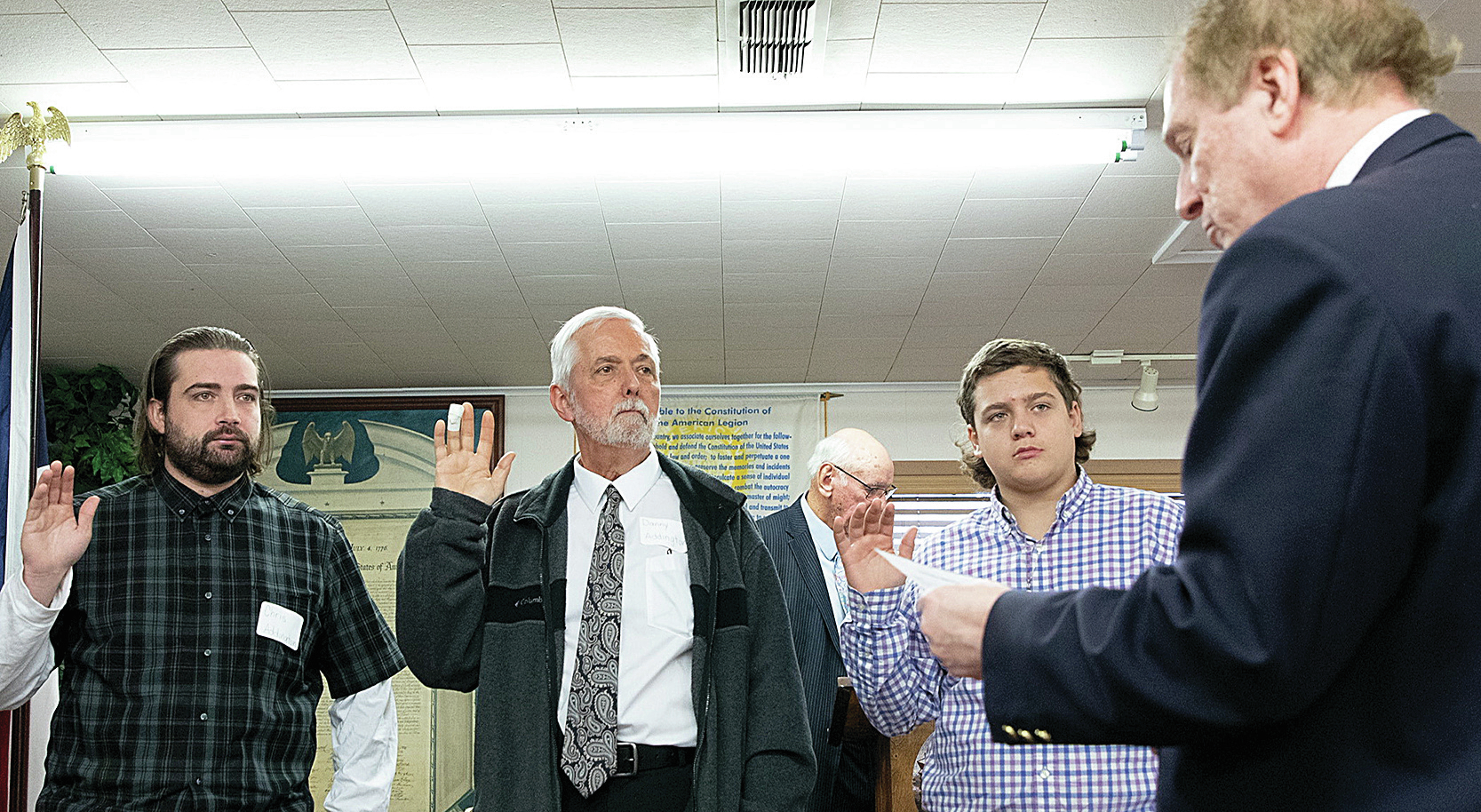 From left, Chris Addington, Dr. Dan Addington and Max Addington, all of Atlanta, are being installed in Atlanta’s charter chapter of the National Society of Sons of American Revolution. (Submitted photo)