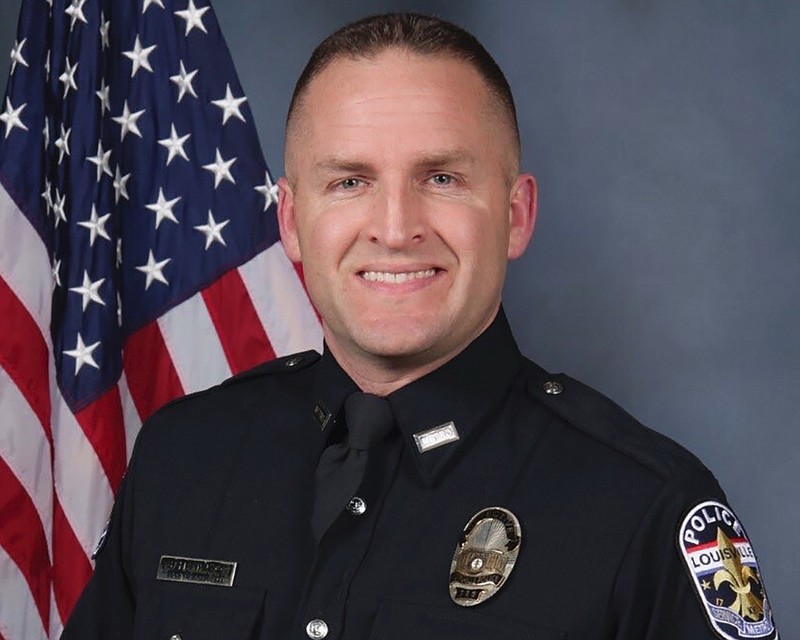 LOUISVILLE, Ky. -- The only criminal trial to arise from the botched police raid that left Breonna Taylor dead began on Friday, as hundreds of potential jurors gathered at a Kentucky courthouse in what activists see as a chance for some measure of justice. Individual questioning of jurors is scheduled to start next week.

The former Louisville officer facing trial, Brett Hankison, was not charged in Taylor's shooting death but is standing trial on three lower-level felony charges for allegedly firing his service weapon wildly into Taylor's neighbors' apartments during the March 13, 2020, raid.

Whatever the verdict, the trial could leave a bad taste in the mouth of protesters who took to the streets of Louisville for months chanting, "Arrest the cops who killed Breonna Taylor" as part of racial injustice demonstrations that exploded across the country that year.

No officers were charged for the death of the 26-year-old Black woman and many see that as a tragedy, according to Shameka Parrish-Wright, a local organizer who was arrested at one of the Taylor protests.

"There are definitely people who want to see some form of justice and will take any piece of that," said Parrish-Wright, who is running for Louisville mayor. Hankison's trial "is a piece of that, but it's not the original thing we set out for."

"We were asking for all those officers to be fired, arrested and prosecuted," she said.

There have been murder convictions in two other cases that fueled the 2020 protests. In November, three white men in Georgia were sent to prison for the killing of Ahmaud Arbery, a 25-year-old Black man, and last spring white former Minneapolis police Officer Derek Chauvin got 22 years in prison for killing George Floyd.

Despite the lack of charges over Taylor's death, her death has led to major changes. Louisville banned the use of so-called no-knock warrants like the one used in the deadly raid, and the governor signed a law limiting the use of such warrants throughout the state. The Louisville Metro Police Department underwent regime change after the raid, and there is an ongoing, broad federal investigation looking into possible racial biases within the department. The city also paid $12 million to settle Taylor's mother's wrongful death lawsuit.

But the two former officers who fired shots that struck Taylor were not charged. Myles Cosgrove, who state investigators said likely fired the fatal shot, was fired last January, months after Hankison was forced out. And Jonathan Mattingly, who was wounded in the leg by a bullet fired by Taylor's boyfriend, retired last June.

Cosgrove, Mattingly and other officers who took part in the raid might testify in this trial, according to a motion filed by Hankison's defense.

But Hankison's trial "is not justice for Breonna," said Amber Brown, who joined hundreds of days of protests in downtown Louisville on behalf of Taylor. Brown has since used her skills to start a nonprofit that organizes supervised safe play for children at city parks in low-income areas.

"Nothing that's going on in that courtroom has anything really to do with Breonna," Brown said. "He's not being charged with the bullets that went into her body."

She said she wouldn't be surprised if Taylor's name is barely mentioned during the trial.

Attorney Ben Crump, a member of Taylor's mother's legal team in the wrongful death lawsuit, said in a statement Friday that "the lack of justice for Breonna Taylor is a blight on our criminal justice system."

"Hankison is on trial, not for the bullets that struck and killed Breonna, but for the bullets that endangered other residents in the apartment complex," Crump said. "These charges of wanton endangerment should be the lowest among many to result from that tragic night, not the highest and sole among them."

The Louisville officers were serving a no-knock warrant at Taylor's home as part of a series of raids that night targeting a drug dealer and former boyfriend of Taylor's. But he wasn't with Taylor that night, and police found no drugs or cash in her two-bedroom apartment. The warrant police used to enter her home was later found to be flawed.

During the raid, Hankison went to the rear of the apartment and fired 10 shots through Taylor's patio door, according to an FBI ballistics report. Three of the shots went through a wall that connected to a neighbor's apartment.

Louisville's former interim police chief said Hankison's actions that night were "a shock to the conscience."

"Your actions displayed an extreme indifference to the value of human life," Hankison's termination letter said. One of Hankison's bullets allegedly whizzed by the head of a neighbor in the hallway of the neighbor's apartment, according to a lawsuit.

If convicted, Hankison faces one to five years in prison for each of the wanton endangerment counts. Those three charges were the only criminal indictments issued by a special grand jury convened by the state attorney general that finished its work in September 2020. The decision was controversial, and some members of the grand jury later complained that they were kept from considering harsher charges for the other officers.

But Attorney General Daniel Cameron, whose office took over after the local prosecutor recused himself, concluded that the use of force from Cosgrove and Mattingly was justified.

Jury selection for Hankison's trial is expected to take weeks. His attorney, Stewart Mathews, asked Jefferson Circuit Judge Ann Bailey Smith to move the trial out of Louisville because he felt the publicity surrounding the case would make it hard to seat an impartial jury. Smith denied the request.

Instead, the judge and lawyers will embark on the painstaking process of individually questioning up to 250 jurors over several weeks in February to whittle down the candidates. On Friday, the jurors filled out questionnaires. Smith said she would ask them to not read or discuss any news about the Taylor case. 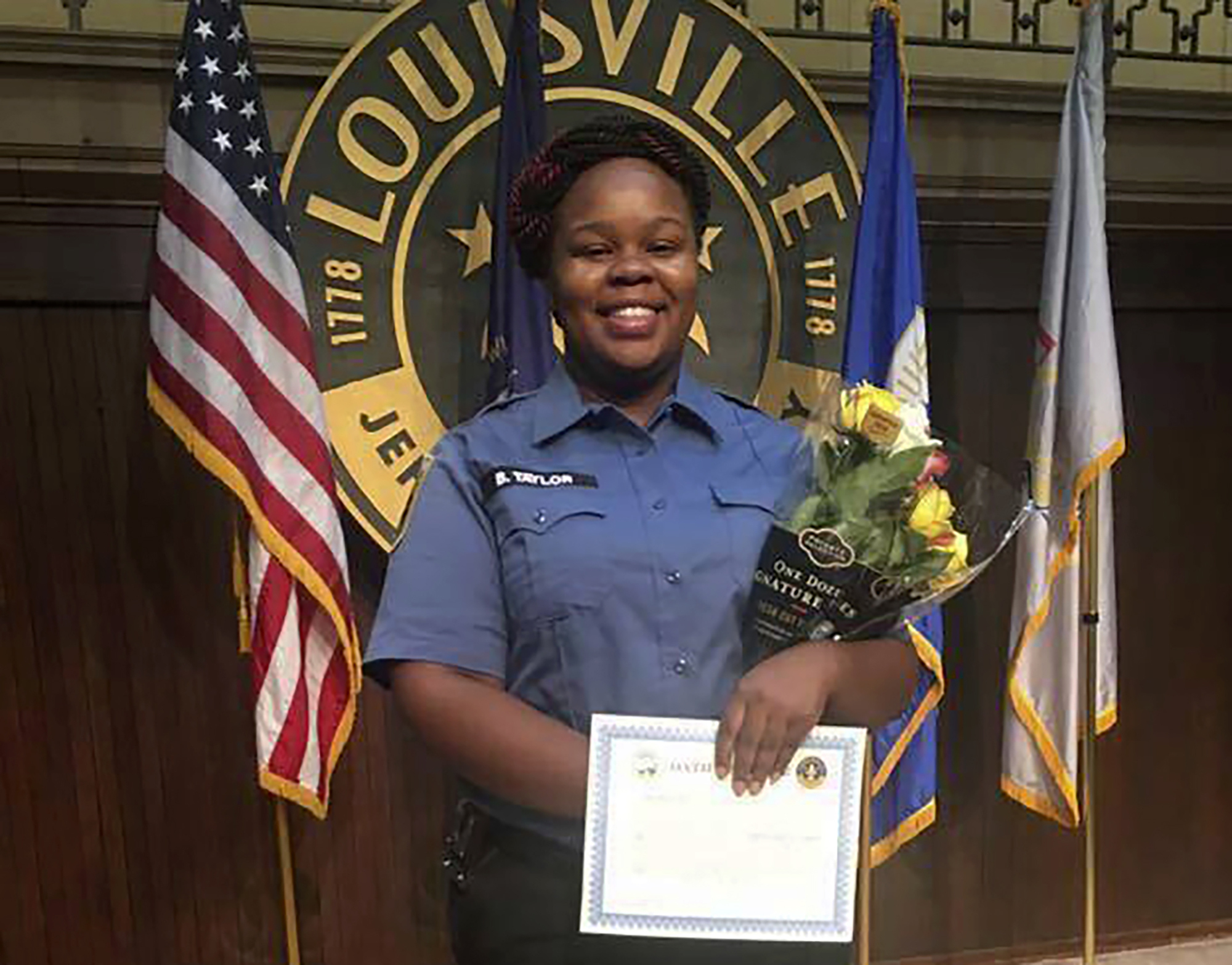 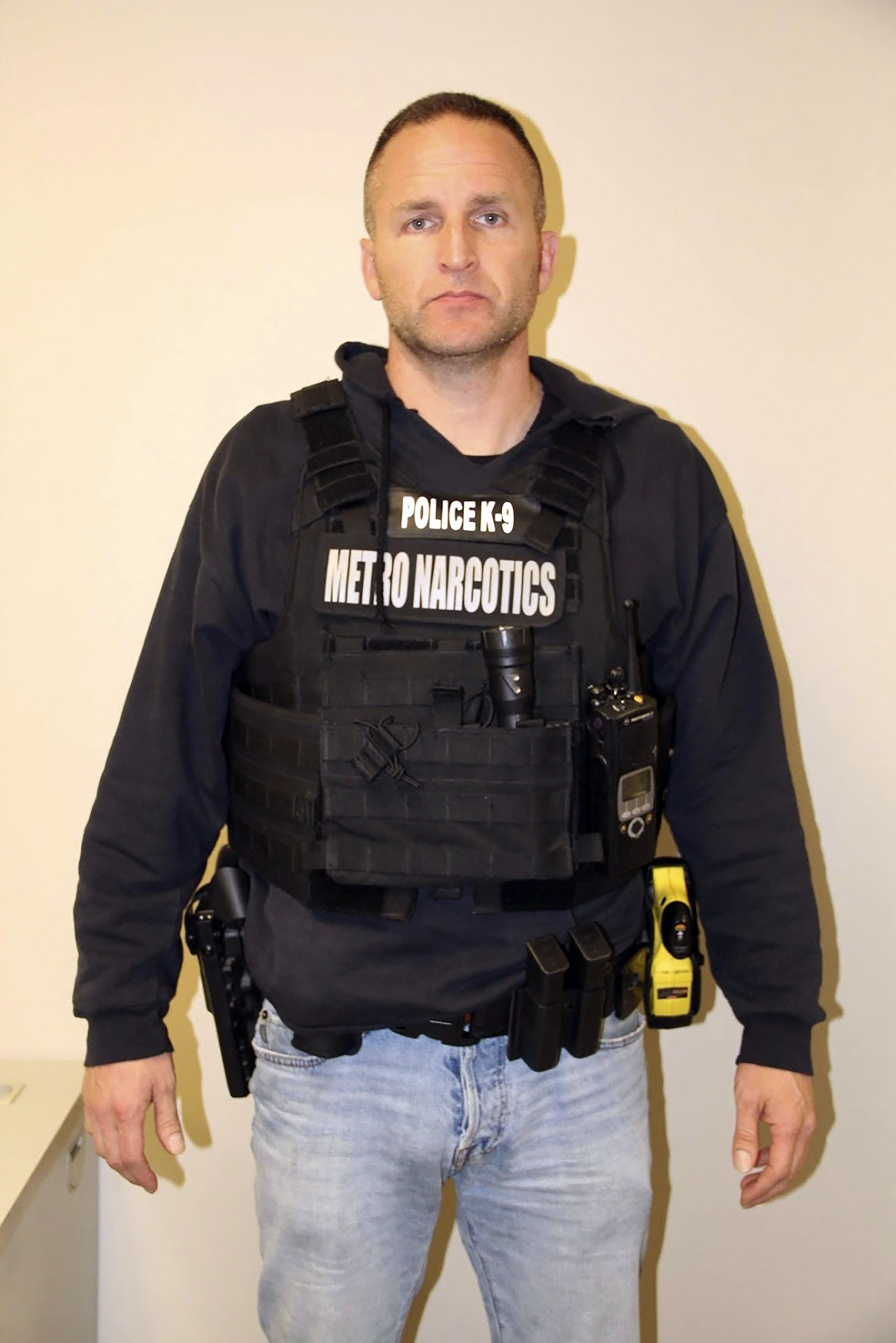 This March 13, 2020, photo provided by the Louisville Metro Police Department shows Officer Brett Hankison. A judge has denied a request from the legal team of Hankison, who took part in the deadly 2020 raid on Breonna Taylor’s home, to bar the media from part of his upcoming trial. But Jefferson Circuit Judge Ann Bailey Smith ruled Thursday, Jan. 27, 2022, that the media can’t bring cameras into the courtroom while individual prospective jurors are questioned ahead of the trial. (Louisville Metro Police Department via AP)