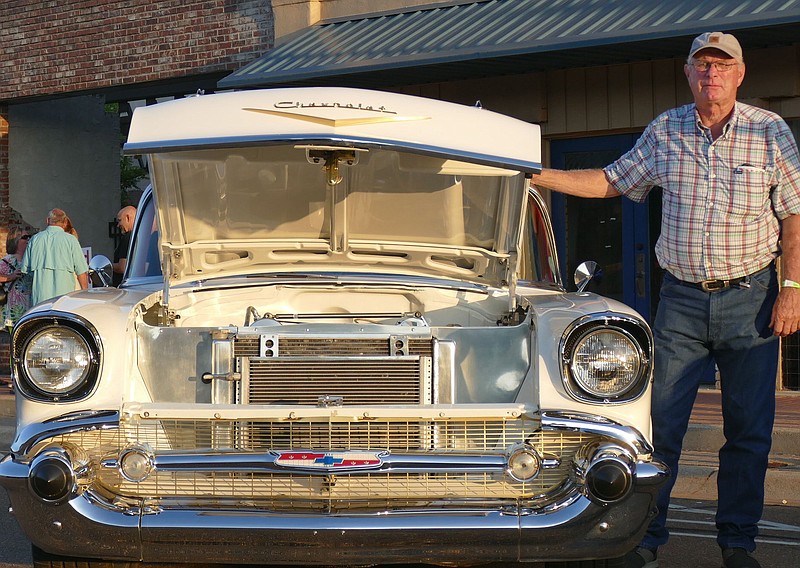 Tommy Kessler of Atlanta has got his 1957 Chevrolet spotlessly white and clean. “Best known car in the world,” he says of it. (photo by Neil Abeles)

Rain earlier in the day made for cooler weather for the the three-hour event, as residents walked back and forth and took time to talk with one another.

Antique car owners spend long hours to bring their cars to a jewel-like perfection. The community is also close, with everyone knowing one another. They especially remember Steve Smith, for whom the drive-in is named.

Smith was an Atlanta city leader who died in a racing-related accident in 2016. He had been a long-time member of the racing and car rallying community. With multiple hobbies, his interests included drag racing, boat racing and amateur radio. He was also a member of the Racers for Christ organization.

Smith had been a founding member of the Atlanta City Development Corporation and had roles in the Atlanta Chamber of Commerce, Lions Club, Atlanta Education Foundation and Methodist Church. He was named Man of theYear for the city of Atlanta in 1989.

The event featured music by the Dusty Rose Band, t-shirts, several contests including Zumba dancing and several vendors. Its main role, however, was simply to be a place for getting together on the streets of Atlanta. 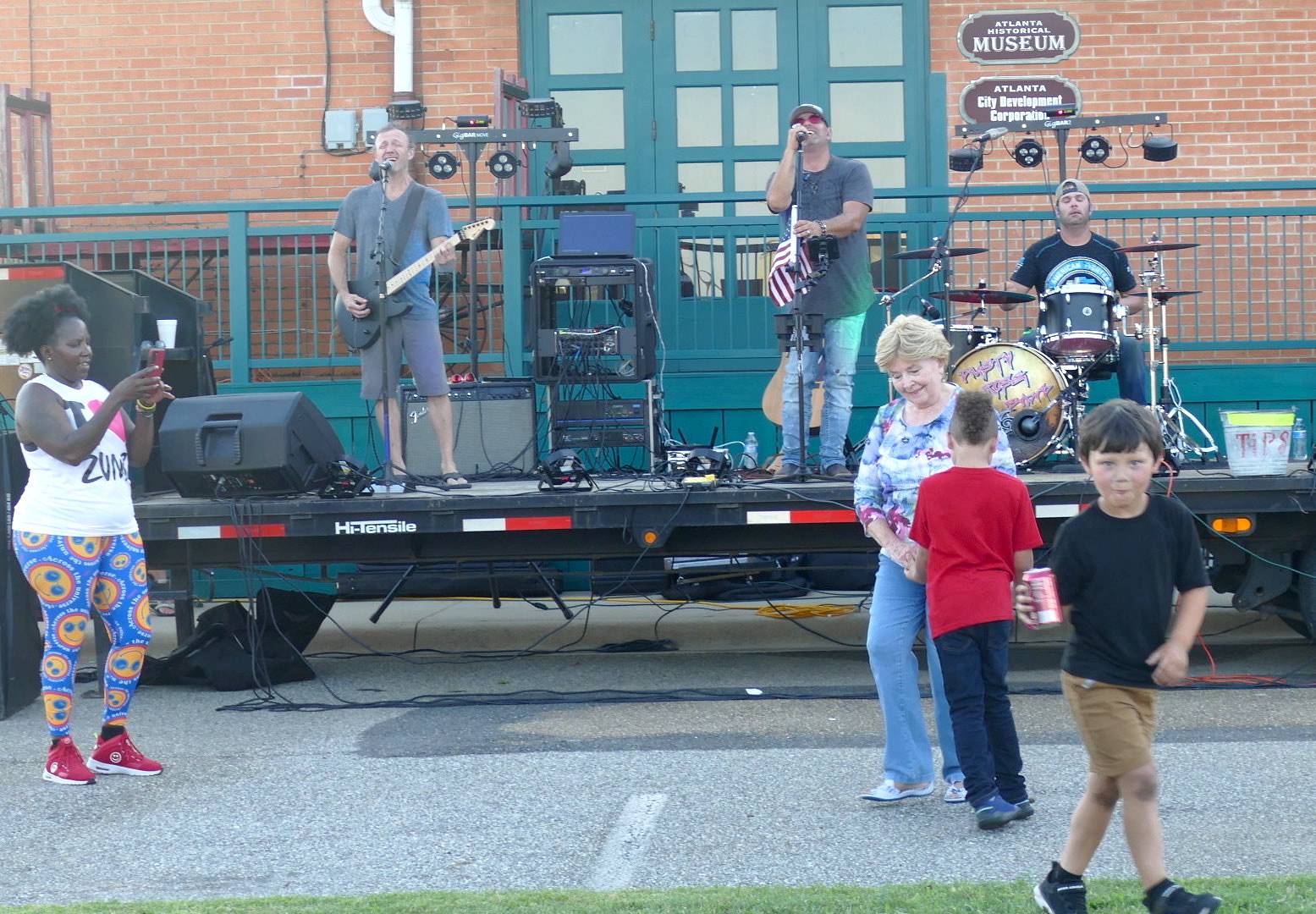 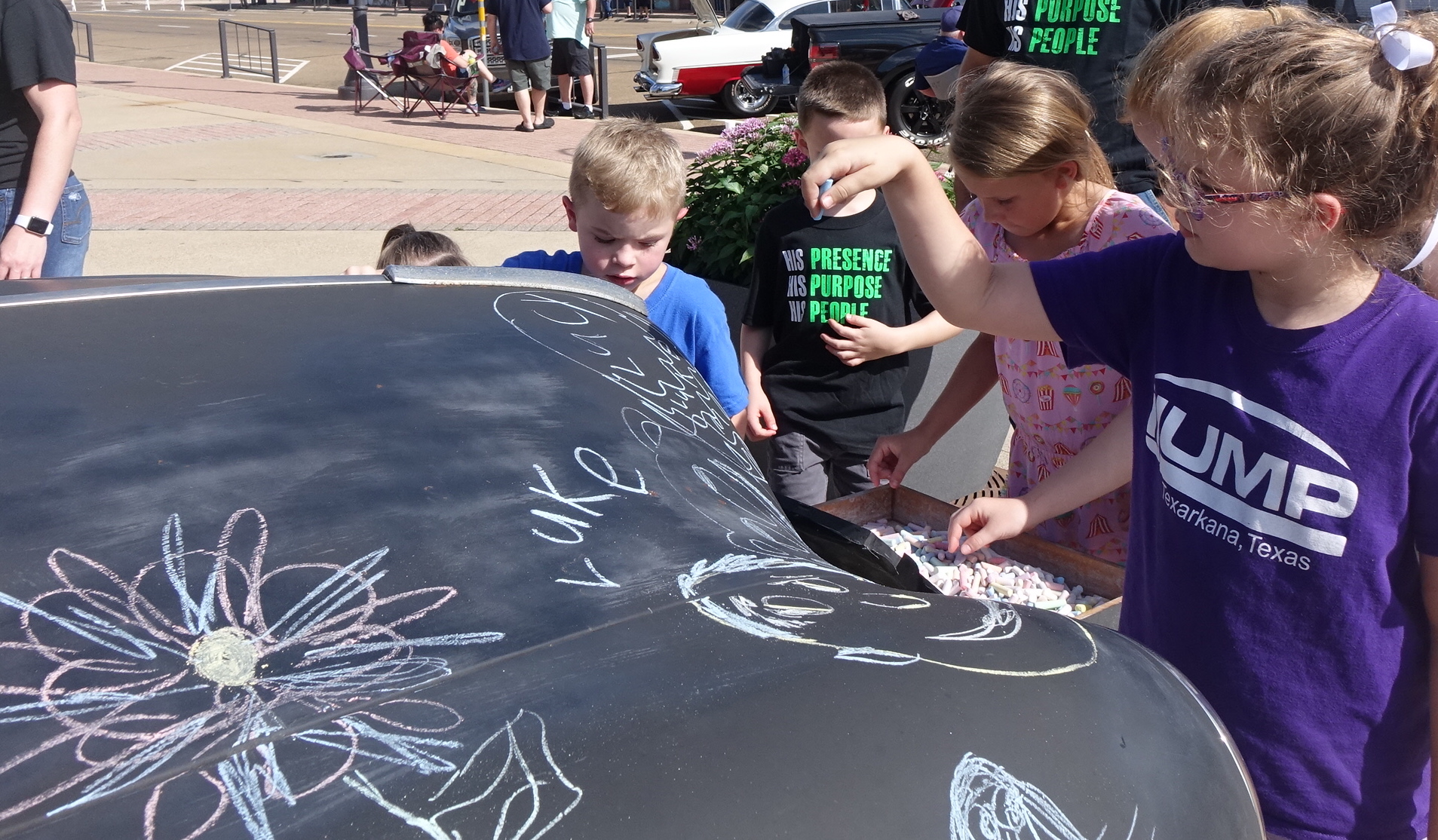 What’s a black car for if not to be used as a chalk board? Each year, this one appears at the Steven Smith Memorial Cruise clean and ready for school. A box full of chalk also shows up mysteriously. (photo by Neil Abeles) 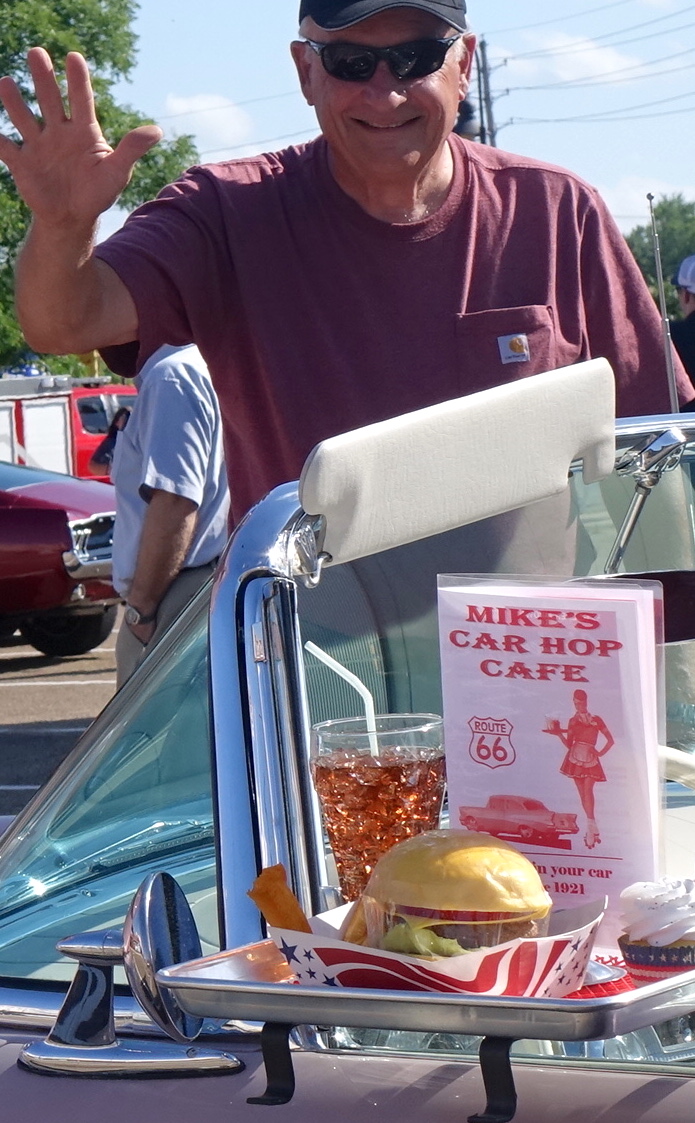 Mike Jansen of Linden has ordered a hamburger and Coke from the car hop. The tray of treats goes on his 1957 Ford Thunderbird. (photo by Neil Abeles) 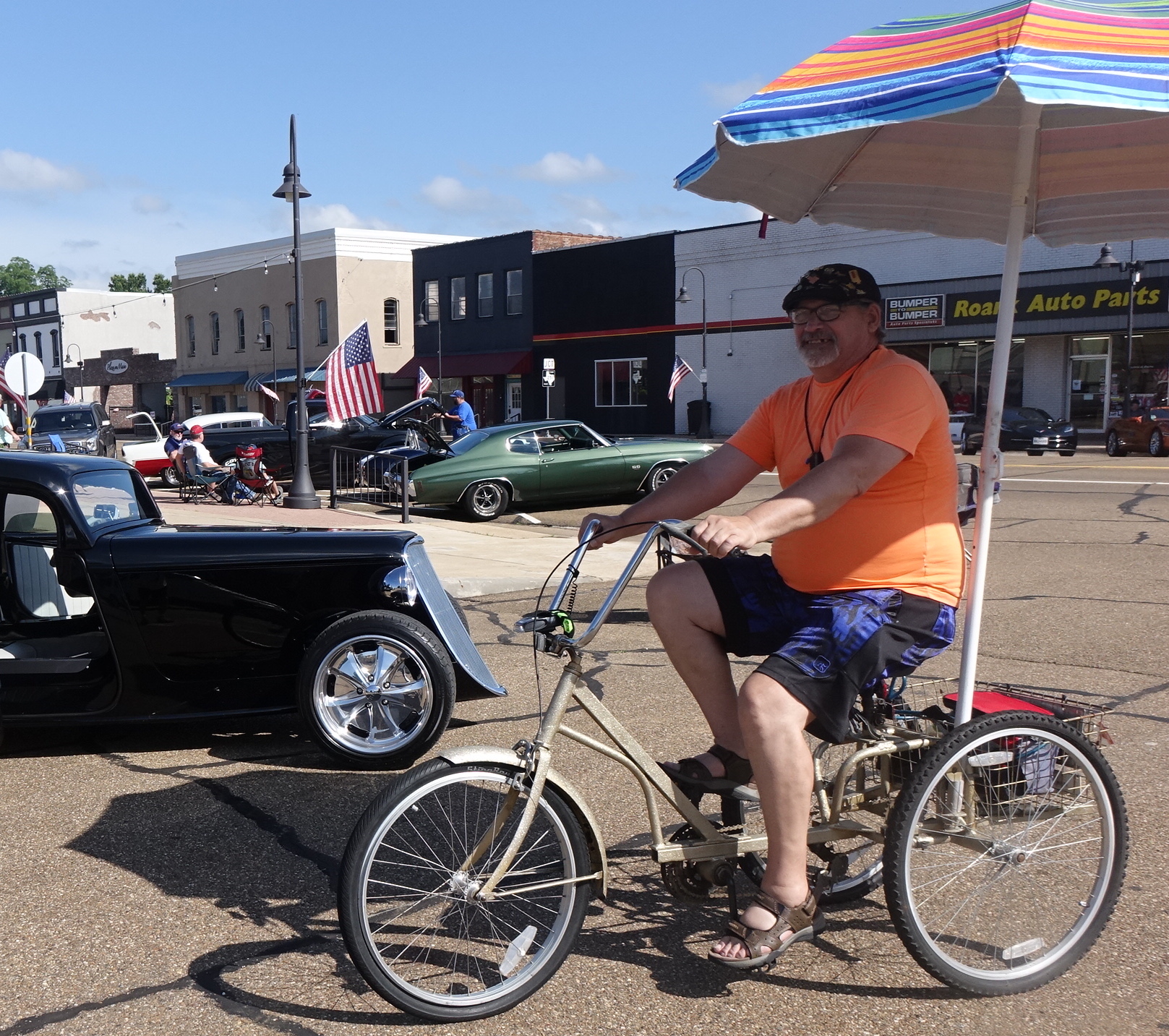 Stewart Price has several reasons for riding this trike. He built it himself, it has an umbrella, it attracts attention and is simply fun to ride. (photo by Neil Abeles) 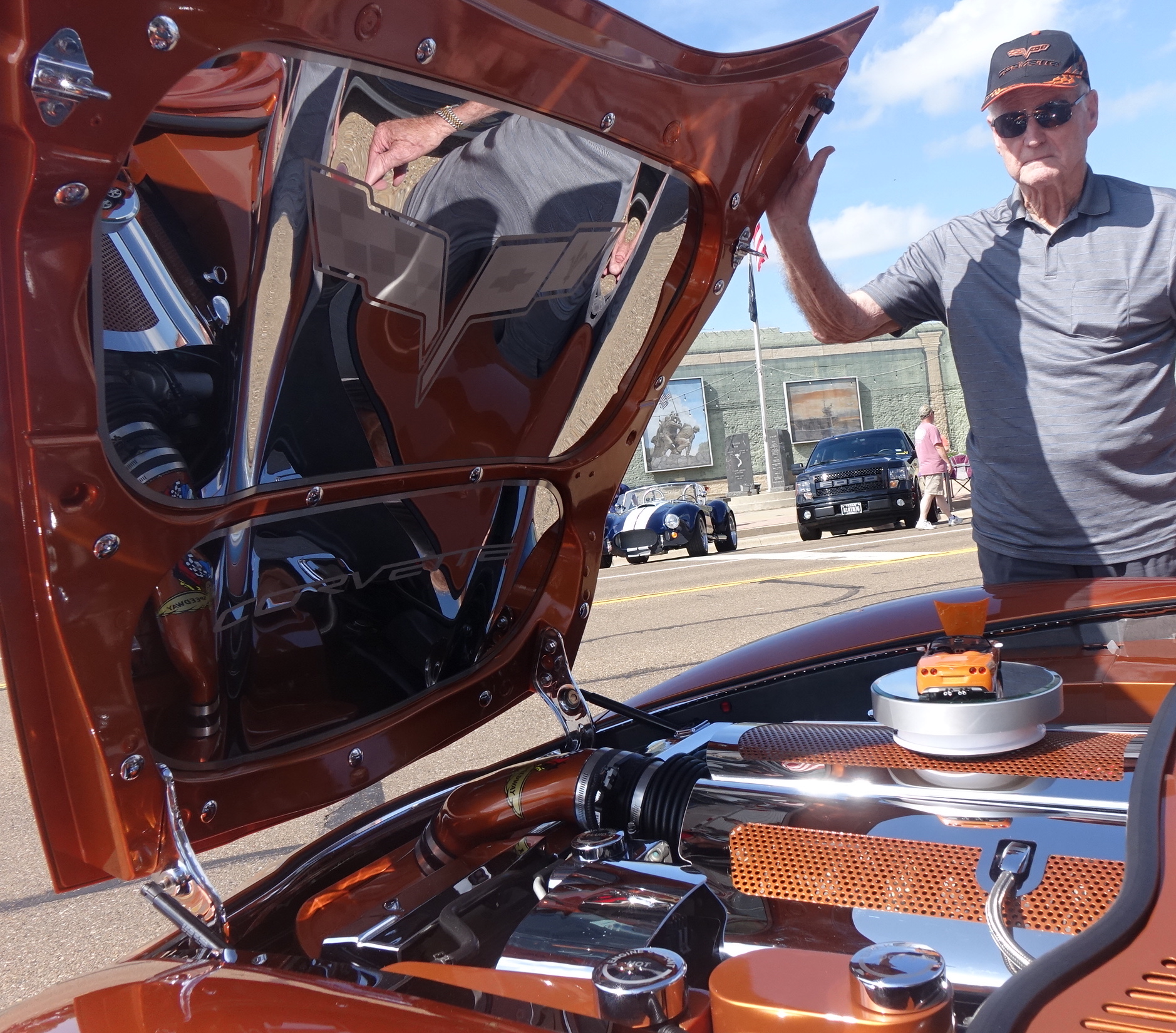 Owen Whatley of Atlanta has enjoyed owning America’s first sports car, the Corvette, for more than 22 years. He’s dressed this 1957 model with polished stainless steel on the underside of its hood. (photo by Neil Abeles) 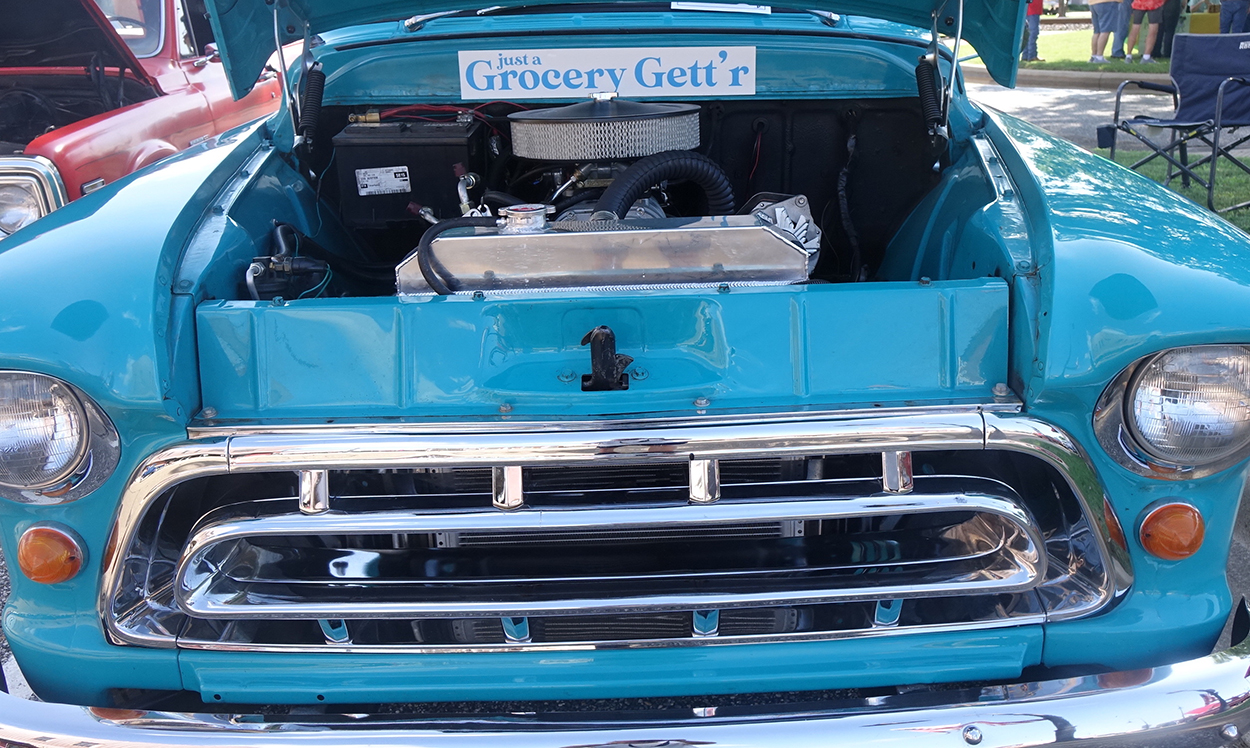 Well here’s a rather unusual sign board. The owner of this 1957 Chevrolet pickup says it’s his “Grocery Gett’r.” The owner is Jim Garvey of Texarkana who used to be an Atlanta citizen. (photo by Neil Abeles)