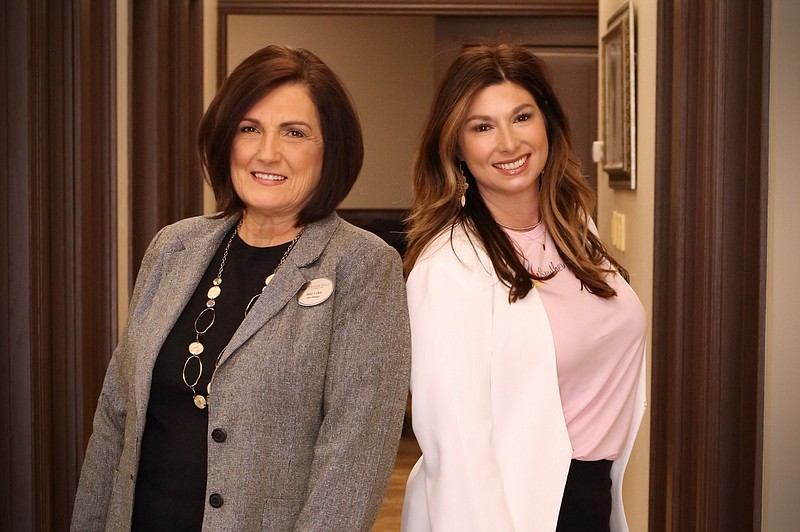 A new group of women is looking to educate, fellowship, and grow into a thriving force within their community. Headed up by local businesswomen Samantha Gummeson and Janie Coker, Professional Women's Alliance of Texarkana is set to meet every month with other professional women from Texarkana and the surrounding areas.

Janie is a Texarkana native with a history of working in the sales industry, including her current position as the sales manager of Brookdale Assisted Living of Texarkana.

"I sold pharmaceuticals for a long time back in the 1980s and 1990s. Then, I worked for AT&T for over 15 years," she said. "I also worked for Hospice of Texarkana and now I work for Brookdale of Texarkana."

"I first started going to a networking meeting when I began working for Hospice of Texarkana. It was a public meeting held every month where I could network with other marketers in the area," she said. "That was the only one I had attended at the time, and it was really nice."

As a sales manager, she has opportunities to speak about her business in public settings such as health fairs. However, she doesn't feel she can make connections with other professionals in those settings as well as when she attended networking meetings.

"I want to be able to hear from other professionals about how they do business while I also get a chance to talk about what assisted living means and how we can be of service to those who cannot live alone anymore."

"I met her there first and then she opened her business in Texarkana, and we reconnected. We had lunch one day and we both decided that we needed to join a networking group in Texarkana and then the pandemic hit," she said. "The monthly meeting that I was attending had disbanded. So, we knew that we had to try something."

Samantha was born and raised in Hope.

"Right out of high school, I didn't really know what I wanted to do with my life as an adult, so I went to work at a local pool store selling pools and spas for a few years," she said.

In 2008, Samantha made the decision to go to nursing school and attended Texarkana College where she obtained her LVN. After working for a few years as a LVN, Samantha went back to school and obtained her RN degree from Southern Arkansas University in Magnolia. She has been a nurse since 2009 providing care in many settings throughout her career including hospitals, home health and hospice, personal care, and even working with a school based mental health program.

Although she focuses her time and growth in the personal care field currently as the co- owner of Southern Caregivers of Texarkana, she recognized the need for a networking group in Texarkana.

"I am kind of just one of those people that will come up with a random idea (that seems good at time while sometimes regretting it later on) and just set my mind to do it," Samantha said. This was one of those things. "I really felt like there was a need for a marketing/networking group in Texarkana and I knew I wanted to be a part of it."

Samantha had drawn some inspiration from a group she used to attend while marketing in the Hot Springs area called WIN, Women in Networking.

"When Janie and I had lunch that day, I just asked her if she wanted to help me start a group here for women," she said. "Sometimes women just need other women to fellowship with and meet with."

From there, the Professional Women's Alliance of Texarkana was born.

"I wanted women to get together and mingle. I know how word of mouth can move business and I have a business here and I need it to move. I want to make connections and be involved in the community, and I know that there are other women who feel that way too," Samantha said.

The two women share the responsibility to get the meetings together so that they are successful. Samantha manages the social media page while Janie sends out email reminders, and they both work together to find speakers for the group. The group is looking for more speakers for future meetings and they are looking to hear about more than just business.

"If someone has a special story, inspirational, informational, or positive review then we want those speakers, too. We're still developing the meeting. We have Realtors, law firms, medical professionals, and life coaches in attendance. We want everyone to come from all backgrounds," Janie said. "It's so neat that we can get together to networking with each other about our business, but also about each other. We have a good time together and learn something new."

The group also strives to be more involved with community charities and non-profits. They encourage their speakers to choose a charity or non-profit that they feel passionate about. Then they ask what the group can do to help that charity or non-profit. Whether it is diapers and wipes, dog food or blankets, the members of the group come together and donate what the can during that meeting.

The meeting's agenda is the same every month. Upon arrival everyone signs in and orders lunch if they choose to. Once all the orders are taken, the attendees go around the room one at a time introducing themselves. After the introductions are complete, the speaker of the month takes the floor. They have about 30 minutes for their speech and questions.

The group has a little fun with door prize drawings and lots of laughter.

"I hope that this group spotlights the women of Texarkana, what they represent, the good that they do especially with everything they juggle in daily life. I just want them to have the praise that they deserve," Samantha said.

Janie wants the group to grow into a more involved, recognizable entity of Texarkana.

"I hope that it grows so big that we can go in together on community projects," she said. "I want people to say, 'Oh, yea! The Professional Women's Alliance of Texarkana did that!'"

(Meetings are on the second Wednesday of the month from noon to 1 p.m. at Silver Star Smokehouse. For more information, find the group on Facebook -- Professional Women's Alliance of Texarkana.) 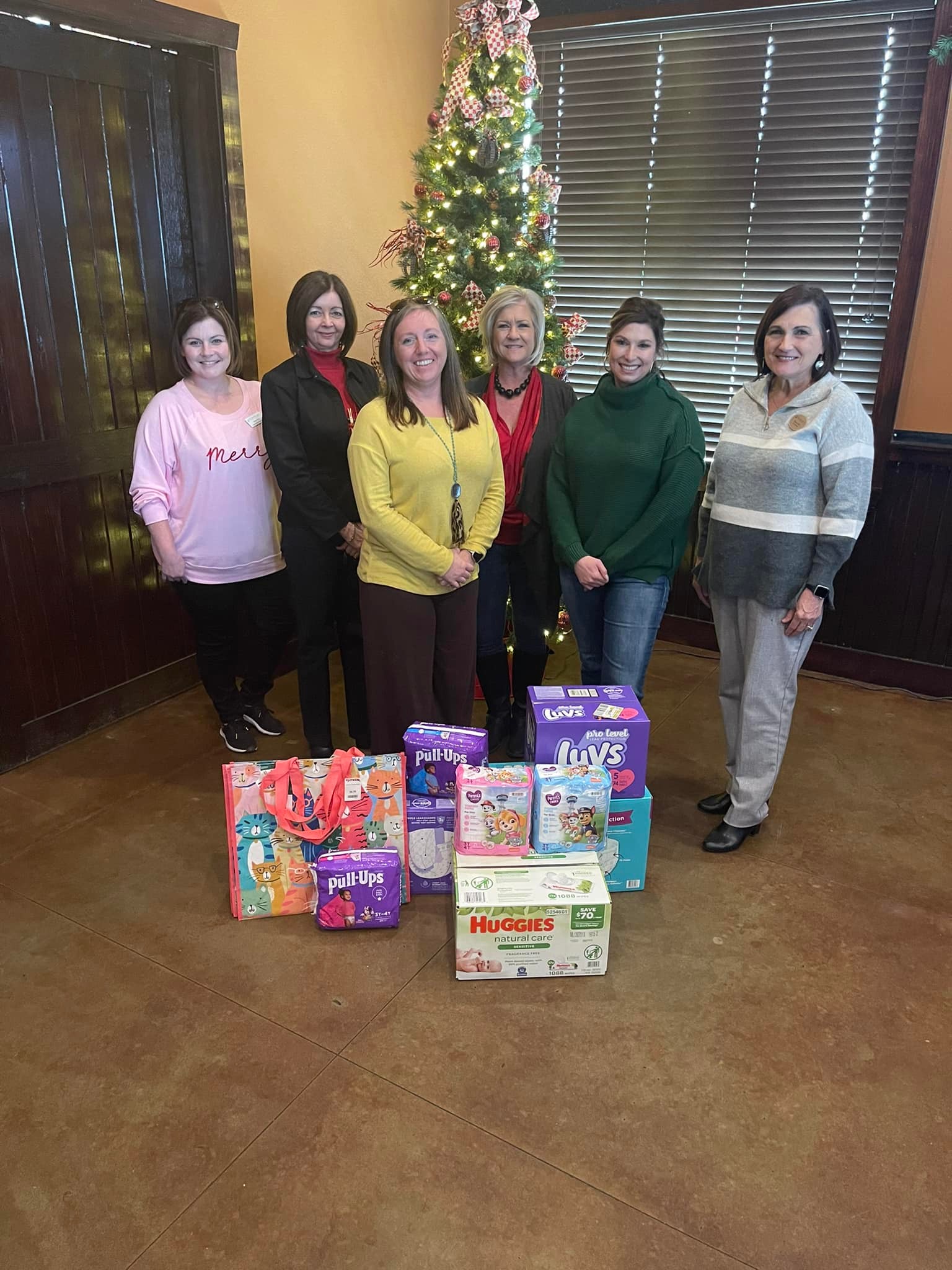 Professional Women's Alliance of Texarkana members brought donations for local nonprofit For the Sake of One as their first give back to the community as a group. (Submitted Photo) 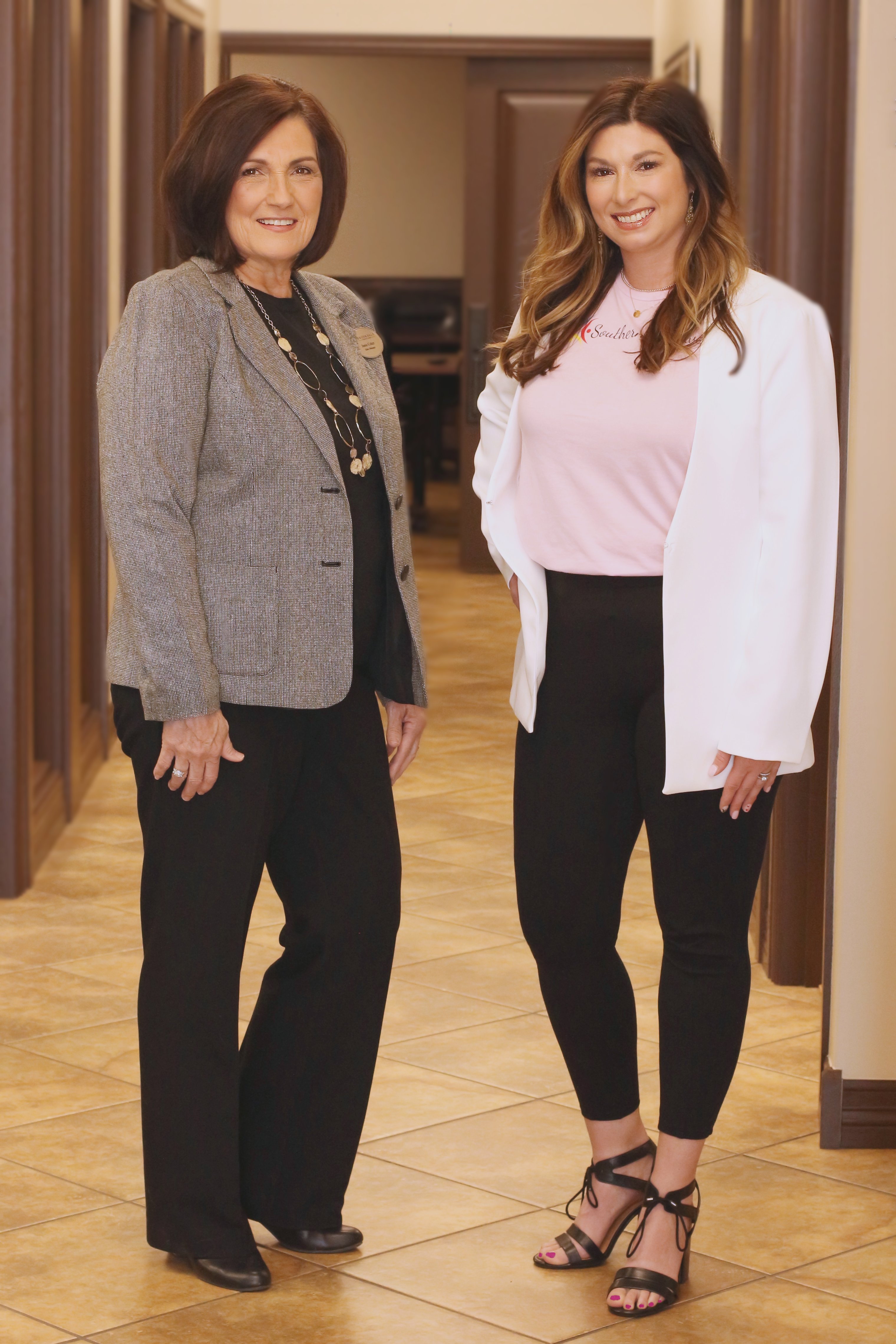