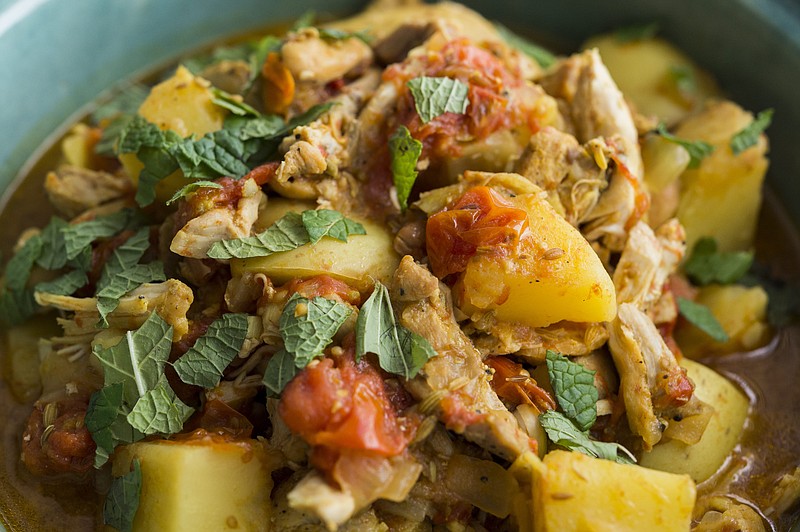 In the riot of colors and smells that is Cape Town, South Africa, we found a vibrant one-pot chicken and vegetable dish that turned our idea of what a curry is on its head. From a distance, this Cape Malay curry reads Indian, or maybe Indonesian, but get closer and it distinguishes itself as uniquely South African.

Vivid, distinct flavors permeate rather than coat the potatoes and tender bites of chicken, and the dish lacks the heft of Indian curries. Refreshingly so.

Our teacher, Faldela Tolker, noted that similar ingredients are used differently. Spices, for instance, aren't ground but are dropped whole into the broth and are often discarded just before serving. The result is a lighter, brighter, milder curry than those most of us are familiar with, yet one still alluringly aromatic.

In this recipe from our book "Milk Street Tuesday Nights," we build the flavor base of our Cape Malay curry on lightly browned onions. We also use whole fennel and cumin seeds, allowing them to add both texture and flavor. Using boneless, skinless chicken thighs keeps the meat moist and adds richness.

Better yet, this lemony and richly savory curry comes together in just about an hour.

2 tablespoons grapeseed or other neutral oil

In a bowl, mix the fennel, cumin and 1 teaspoon each of salt and pepper and the turmeric. Use 1 tablespoon of the mixture to season the chicken.

In a large Dutch oven over medium-high, heat the oil until barely smoking. Add the onions and cook, stirring occasionally, until lightly browned, 8 to 10 minutes. Stir in the ginger, garlic and chilies, then cook, stirring, until fragrant, about 30 seconds. Stir in the broth, tomatoes, cinnamon stick, bay leaves and remaining spice mixture, then submerge the chicken thighs.

Bring to a simmer, then cover and cook for 25 minutes, adjusting the heat to maintain a steady but gentle simmer. Stir in the potatoes, cover and return to a simmer. Cook until the chicken and potatoes are tender, another 12 to 15 minutes.

Using tongs, transfer the chicken to a large plate. Remove and discard the ginger, cinnamon sticks, bay leaves and chili halves, then continue to simmer over medium until the liquid is slightly reduced, about 5 minutes.

Meanwhile, using two forks, pull the chicken into bite-size pieces, then return to the pot and stir to combine, taking care not to break up the potatoes. Stir in the lemon juice, then taste and season with salt and pepper. Transfer to a serving bowl and sprinkle with mint. Serve with rice and lemon wedges. 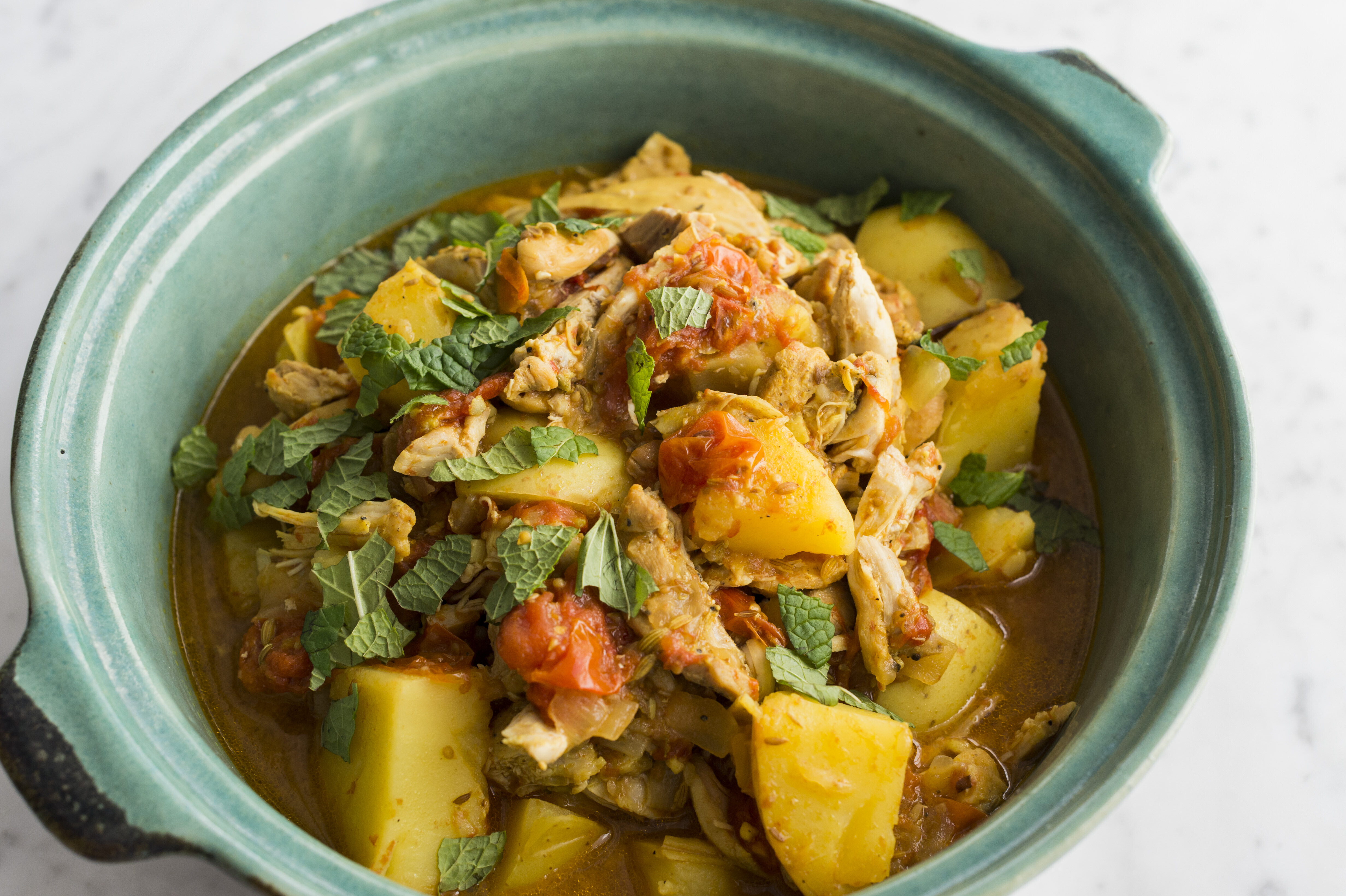 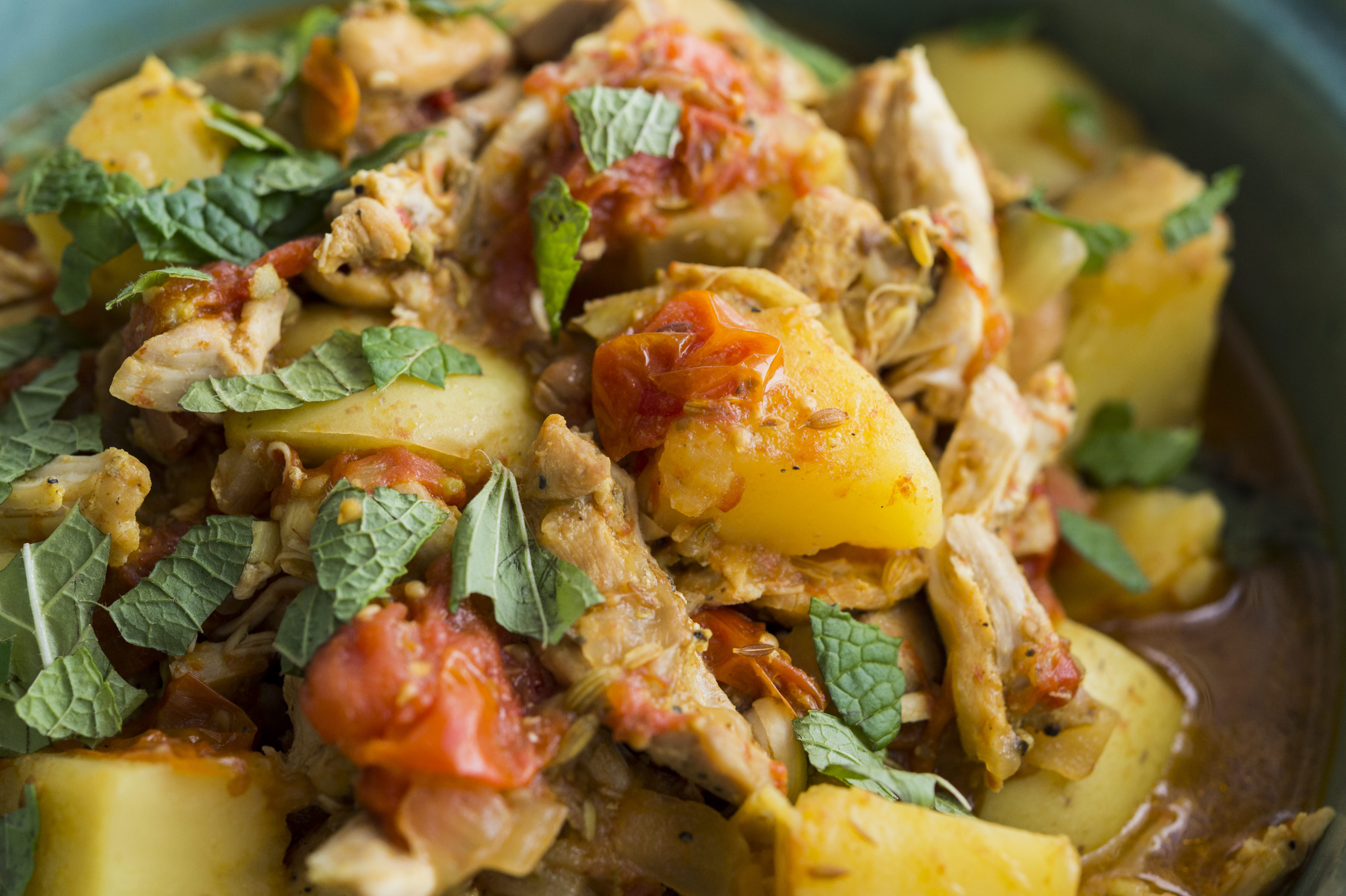