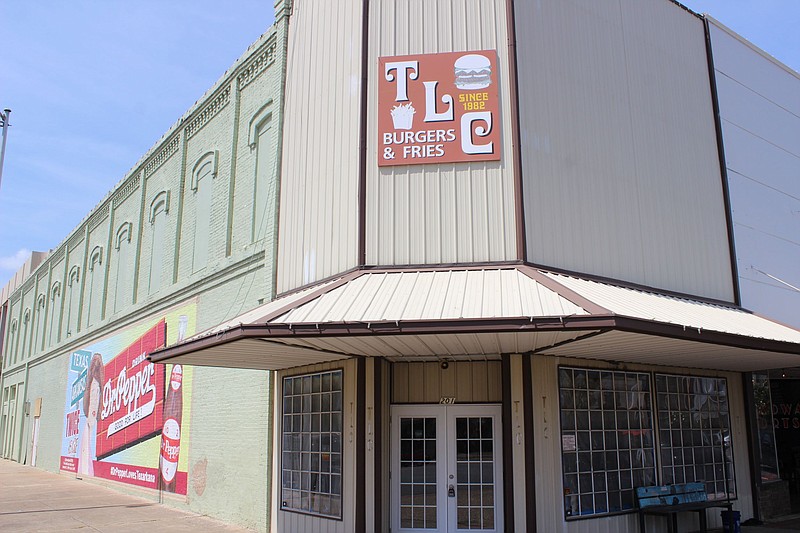 TLC Burgers & Fries is seen Sunday, May 15, 2022, in downtown Texarkana, Arkansas. The 40-year-old restaurant has been under renovations and repairs for nearly a year after a June 2021 fire. The owner has yet to announce a date for the reopening. (Staff photo)

TEXARKANA, Ark. — Burger fans will have to wait a bit longer to satisfy their cravings at a downtown hotspot.

On Saturday, TLC Burgers and Fries took to Facebook to announce they have “hit a bump in the road” with the rebuild.

“Keeping up with our timeline will not be possible as of now and it will be taking a little longer than expected. We did plan to be up and running by about this time but wanted to wait until it was closer to finalizing to make that announcement,” according to the Facebook post.

In late March, TLC wrote on social media that they “will be seeing everyone very soon,” though there was no definite date for reopening.

The 40-year-old restuarant, at 201 E. Broad St., has been closed since late June 2021, when the building was damaged in an after-hours fire. Investigators think the blaze started in a kitchen air conditioning unit, Fire Chief David Fletcher said in an earlier Gazette article.

“There was a lot of smoke damage. It will be a while before they can open back up. There is probably about $75,000 worth of damage,” Fletcher said.

TLC is well established in the local food scene. Among fan favorites are the french fries, which are coated in the eatery’s custom Red Sand spice blend.