Texas' grid operator told a power plant to delay repairs ahead of a May heat wave. It was among six that crashed. 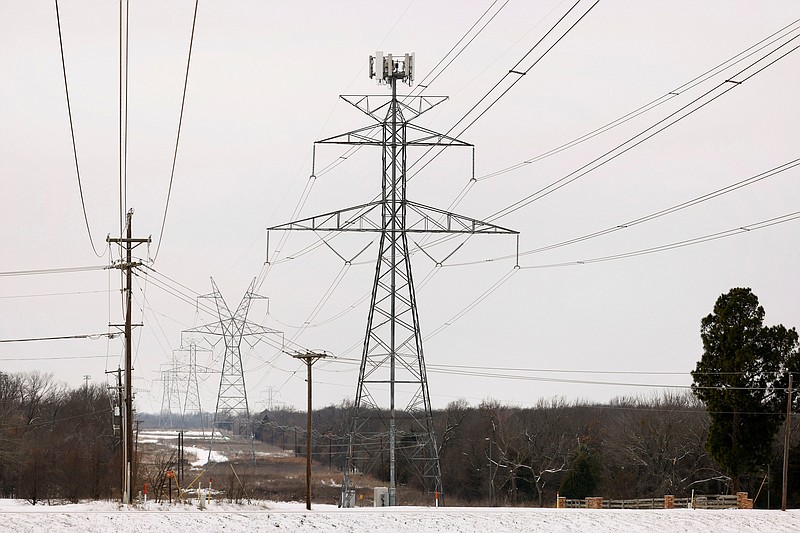 EDITOR'S NOTE: This story was first published by The Texas Tribune, a nonprofit, nonpartisan media organization that informs Texans -- and engages with them -- about public policy, politics, government and statewide issues.

On Thursday, Texas' power grid operator told at least one power plant to delay its scheduled repairs and keep operating to help meet demand during hotter-than-expected May weather.

The next day, the plant went offline anyway when some of its equipment stopped working properly, according to energy giant Calpine, which owns the plant. Calpine declined to identify the plant.

By just after 5 p.m. Friday, the Electric Reliability Council of Texas announced that six power plants had gone down unexpectedly and asked Texans to turn up their thermostats to 78 degrees for the weekend and avoid using large appliances during the hottest hours of the day to reduce strain on the power grid.

"We had a scheduled major maintenance outage beginning Friday, May 13, but it was cancelled by ERCOT on May 12," a Calpine spokesperson said in a statement, adding that May is a "shoulder month" during which power generators historically take power plants offline to do repairs and maintenance during cooler weather.

But this month has been warmer than most Mays of the past decade, leading to higher electricity demand and causing ERCOT to scramble to keep as many plants operating as possible.

Several other power plants broke down Friday and couldn't produce electricity after agreeing -- at ERCOT's request -- to postpone planned maintenance shutdowns, said Michele Richmond, who represents power plants across the state as executive director of the Texas Competitive Power Advocates.

ERCOT's public statement said that "six power generation facilities tripped offline resulting in the loss of approximately 2,900 MW of electricity" -- enough to power more than 580,000 homes. "At this time, all reserve generation resources available are operating."

The brief statement raised more questions than it answered and didn't address the plants' locations, whether they were all offline at the same time and why they unexpectedly failed. The weekend passed without major power disruptions, as several of the downed plants returned online by Saturday.

Richmond said ERCOT is "taking a top-down approach" in determining when to tell companies to delay needed repairs and "doesn't take into account what these complex machines need to make sure they get maintenance done."

"When you start to tell generators during the season they're supposed to be doing maintenance that they can't, then you're trying to squeeze more out of plants than what is safe and reliable," she added.

ERCOT approves planned maintenance requests from energy companies months and even years in advance because of the complexity of the work and the need to maintain a minimum level of generation capacity at all times.

Over recent weeks, portable toilets, tents and large cargo containers have been assembled at power plants across Texas for repair crews that allow the facilities to run at full strength during the hot Texas summer.

Dozens of contract workers at many sites erect scaffolding -- some even bring in cranes to move heavier equipment -- and take apart the plants' turbines and fix rotating blades. Depending on the scope of the work, a plant can be down for days or weeks.

"Our companies want to be on in the heat of summer, our companies want to be on when customers need us to provide power," Richmond said. "We also want to do it reliably and safely. Part of reliability of a power plant is taking scheduled maintenance to not only run safely but run at max performance, just like you don't want to do maintenance on your car when you're on a cross-country road trip."

Daniel Cohan, a professor of civil and environmental engineering at Rice University, questioned how the power plants that have been forced to delay maintenance will perform when the worst of the Texas heat arrives this summer.

"I'm concerned with how hard those plants have been run and that maintenance has been deferred to run the grid conservatively," Cohan said, describing ERCOT's approach since last year's freeze of having a larger cushion of power reserve available. "It remains to be seen how much more vulnerable that leaves us to summer outages."

ERCOT on Monday released its forecast for summer electricity demand. The agency expects record-breaking electricity demand of 77,317 megawatts. ERCOT said it has beefed up the amount of reserve power available to the grid and it "is expected to have sufficient installed generating capacity to serve peak demands in the upcoming summer season."

The Public Utility Commission of Texas, which is in charge of ERCOT, is considering a new rule that could shorten the maintenance season when plants can go offline for repairs. The new rule is based on a provision in Senate Bill 3, the state Legislature's response to last year's freeze, when millions of people were without power for days in subfreezing temperatures and hundreds died after a combination of cold weather and skyrocketing energy demand shut down power plants as well as the natural gas facilities that supply them with fuel.

Richmond said the new rule is flawed because it doesn't outline specific metrics to tell ERCOT when a plant needs maintenance, which she said could be a problem with a shorter maintenance season.

Officials from multiple power companies contacted by the Tribune this week questioned whether the rule would give them enough time to make necessary repairs during maintenance season because there are a limited number of qualified repair crews and they travel the country repairing power plants during the milder months of the year. The companies asked not to be identified because power plant outage details have not yet been publicly disclosed by ERCOT.

Cohan said Texans can expect to see hotter temperatures in the coming decades because of climate change, which will put more pressure on the state's aging power plants.

Disclosure: Calpine, Rice University and Texas Competitive Power Advocates have been financial supporters of The Texas Tribune, a nonprofit, nonpartisan news organization that is funded in part by donations from members, foundations and corporate sponsors. Financial supporters play no role in the Tribune's journalism. Find a complete list of them here.

This article originally appeared in The Texas Tribune at https://www.texastribune.org/2022/05/17/texas-power-plant-failure-repairs-ercot/.

The Texas Tribune is a member-supported, nonpartisan newsroom informing and engaging Texans on state politics and policy. Learn more at texastribune.org.

Print Headline: Texas' grid operator told a power plant to delay repairs ahead of a May heat wave