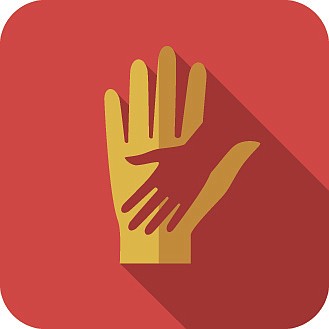 You could say my path to spending two weeks volunteering to help Ukrainian refugees in Krakow, Poland, began almost three years ago, when I went to Kyiv, the capital of Ukraine, to write a travel article for The New York Times. The many Ukrainians I met were friendly, generous and went out of their way to help me. I left the country with a special place in my heart for them. And so, once war broke out there in February, I wanted to help.

I recruited my girlfriend, Spanish artist and photographer Ivana Larrosa, and we went about trying to find an organization that accepted volunteers to help refugees in a country neighboring Ukraine. It was more difficult than I expected. Many big aid organizations are present in Poland, particularly in the border region -- CARE, Save the Children, the United Nations High Commissioner for Refugees -- but they're mostly relying on paid professionals and few volunteers. And there are many informal ad hoc local groups that have formed to help refugees; foreigners can join them, but the groups are so informal that the best thing to do is to simply show up.

As part of an earlier voluntourism effort in 2017, I spent a month as a volunteer for a group called A Drop in the Ocean at a refugee camp on the Greek island of Khíos where there were mostly Syrian and Iraqi refugees fleeing civil war and the threat of the Islamic State group. A Drop in the Ocean began in 2015 when Norwegian-born, part-time Greek resident Trude Jacobsen heard on the radio in Norway about the influx of refugees turning up on Greek islands.

"To get a better understanding and to see how I could help," Jacobsen said, "I got some days off from my job in Norway and traveled to Lesbos. I never ended up returning to my job."

A few months later she founded A Drop in the Ocean and began sending volunteers to Lesbos and other places in Greece to serve food, help with clothing donations or whatever was needed.

I checked in with A Drop in the Ocean in early March and, sure enough, they had a presence in Krakow. Ivana and I filled out applications. A couple of days later, we each had a phone interview with a volunteer coordinator who asked about our time commitments (they are taking commitments as short as a week) and filled us in on what we'd be doing in Krakow -- in this case, working in a "free shop" in an abandoned shopping mall that distributes donated clothes to refugees. A day later, we received emails officially welcoming us as volunteers.

A week and a half after being accepted, Ivana and I stepped onto a Krakow-bound plane at John F. Kennedy International Airport in New York. A day after that, we checked into our Krakow hotel, Hampton by Hilton, about 200 feet from where we'd be volunteering.

The numbers are growing, but according to the U.N. High Commissioner for Refugees, as of the first week of May, at least 12 million Ukrainians had been displaced. Nearly 6 million of them have fled for neighboring countries, with slightly more than half of that number looking for safe haven in Poland. There are refugee reception centers and medical facilities set up along the 300-plus-mile border that Poland shares with Ukraine, but the smaller towns along the frontier are not equipped for the vast influx of humanity, so many refugees are being transported to bigger cities like Krakow and Warsaw, where centers and settlements have been set up to house, feed and clothe recent arrivals.

On the first day as a volunteer, I picked up some useful phrases in Ukrainian, thanks to Google Translate and the fact that I was once an intermediate speaker of Czech, another Slavic language. The first phrases were of the unfortunate variety: "Do you need help?" led to "We don't have that right now" or "Maybe tomorrow" or "Unfortunately, no."

As time went on, I learned other phrases, such as "Where are you from in Ukraine?" The responses included the names of cities that, just days earlier, I'd only heard about on cable news and in the newspaper back home in New York City: Bucha, Mariupol, Irpin, Lviv. And now I was standing there hearing it in person rolling off the tongues of those who had been displaced.

One woman in her 30s came from the city of Kharkiv, which had just been brutally bombarded by Russian forces. "We stayed for two weeks of the bombing," she told me, as she looked over shoes in the free shop. "But when we retreated to a bomb shelter and would get waked up every hour from the explosions, that's when we knew it was only a matter of time and decided to flee the country."

Relaxing, this vacation was not; meaningful, it was. One of the challenges was finding the right organization.

In Greece, there had been a website that listed all the organizations looking for volunteers, but in Poland it hasn't been as easy.

The Polish government recently launched #PomagamUkrainie, a portal for information aimed at refugees and for organizations seeking volunteers. A lot of the organizations, though, had websites only in Polish or were nebulous to the point of confusion. A few of the easier-to-follow listings included Fundacja Ocalenie, which is seeking volunteers to work in its Help Center in Warsaw to aid in distributing clothing, cosmetics and hygiene products; it is especially looking for volunteers who can commit for a few months. Also listed on the government site (and recommended by more than a few volunteers I met in Krakow) is Internationaler Bund Polska, a German organization seeking volunteers to do similar work at donation centers in Krakow with less of a time commitment than Fundacja Ocalenie. Other options are to join the Facebook groups "Volunteer in Krakow" and "Wolontariusze Ukraina CW Krakow," which list opportunities that include cultural centers seeking volunteer help and more ad hoc ventures such as making and serving soup to arriving Ukrainians at Krakow's main train station.

A friend recommended I contact Jonathan Ornstein, director of the Jewish Community Center in Krakow. He said he gets several unsolicited emails per day from Americans and other non-Poles asking about volunteer opportunities there. "If we advertised that we were looking for volunteers, we'd have hundreds of offers per day, and we don't have the capacity for them," he said. He then wrote to me in an email that the JCC is accepting volunteers to help manage, organize and distribute donations; do art therapy with children; assist with transportation needs; interview refugees to document their experience; and help feed people.

World Central Kitchen, Spanish chef José Andrés' organization, which seems to pop up wherever there is famine, war or a natural disaster, has a large presence in Poland. It has small operations in Warsaw, Krakow and other Polish cities, but most of the organization's energy is spent feeding refugees at the Polish border town of Przemyśl. We originally registered with World Central Kitchen online and were presented with a webpage that listed various upcoming shifts we could sign up for. Unfortunately, they were all taken for the coming week. I feared we'd show up in Poland and there would be no upcoming shifts to work. The organization's website notes that accommodations in Przemyśl are hard to find and recommends staying in the town of Rzeszów, an hour away, making volunteering for World Central Kitchen a challenge. (A quick Airbnb search did list a few apartments and rooms in Przemyśl for around $35 per night.)

Ultimately, we decided to spend two weeks in Krakow with A Drop in the Ocean. The volunteers we worked with came from Norway, Italy, the Republic of Georgia, Germany, Spain, the United States, England, Ireland and Poland. The group is currently short on volunteers and desperately needs help.

When 'Help Is Needed, Voluntourism Responds'

Volunteer tourism might seem like a fairly new phenomenon, but its roots go back to the post-World War II era with the founding of the Voluntary Service Overseas organization in Britain in 1958, and President John F. Kennedy founding the Peace Corps in 1961. Voluntourism has since continued to grow in popularity with organizations like Habitat for Humanity bringing awareness to it. But as Benjamin Lough, a global volunteer researcher and professor at the School of Social Work at the University of Illinois Urbana-Champaign, wrote to me in an email, "Trends in voluntourism, as with travel generally, tend to follow expectable patterns that rely on changes in the economy as well as social and political issues." He added, "I anticipate that voluntourism anywhere close to Ukraine has probably increased by several times recently. When the media flags that help is needed, voluntourism responds."

That seems like the case in Poland. Like most nongovernmental organizations seeking volunteers in Poland, A Drop in the Ocean doesn't pay for travel, food or lodging. It does help in recommending accommodations, though, and it negotiated a cheaper rate for about $58 for a double per night, including breakfast, for volunteers at the nearby Hampton by Hilton.

On any average day there are about 20 foreign volunteers helping at the free shop, where more than 1,000 people receive about 9,000 items in a single day. Jacobsen told me her organization has a commitment to stay in Krakow until the fall.

"But if the war continues, we are prepared to stay longer," she said.