House passes bill to crack down on gasoline ‘price gouging’ 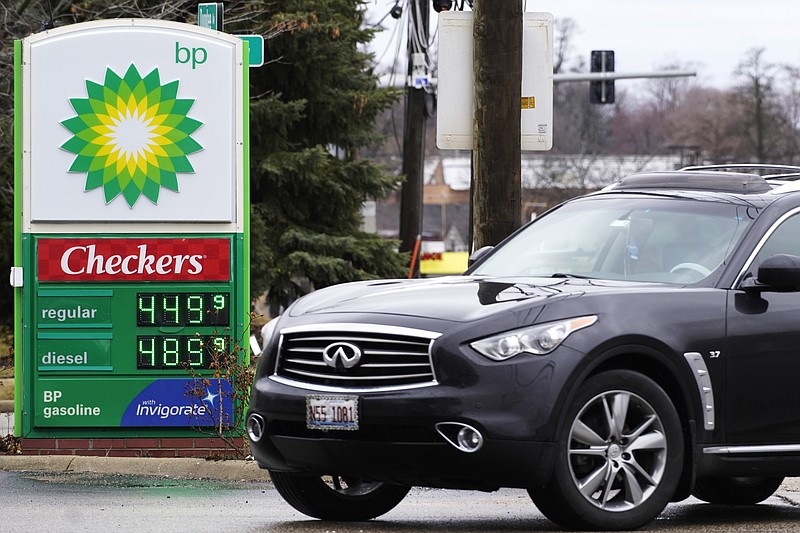 FILE - Gas prices are displayed at a BP gas station in Elgin, Ill., on March 19, 2022. Just as Americans gear up for summer road trips, the price of oil remains stubbornly high, pushing prices at the gas pump to painful heights. AAA said Tuesday, May 10, 2022, drivers are paying $4.37 for a gallon of regular gasoline. (AP Photo/Nam Y. Huh, File)

WASHINGTON -- A closely divided House approved legislation Thursday to crack down on alleged price gouging by oil companies and other energy producers as prices at the pump continue to soar.

A bill backed by House Democrats would give President Joe Biden authority to declare an energy emergency that would make it unlawful to increase gasoline and home energy fuel prices in an "excessive" or exploitative manner. The bill directs the Federal Trade Commission to punish companies that engage in price gouging and adds a new unit at the FTC to monitor fuel markets.

"At a time when people across the country are feeling the pinch at the gas pump, Congress needs to be doing all it can to bring down costs for American families,″ said Rep. Kim Schrier, D-Wash., who co-sponsored the bill.

She called it "infuriating" that spikes in gas prices were "happening at the same time that gas and oil companies are making record profits and taking advantage of international crises to make a profit. This must stop.″

The measure was approved, 217-207. Republicans unanimously opposed the bill, along with four Democrats. It now goes to the Senate, where a similar bill faces steep odds amid a 50-50 split between Democrats and Republicans.

The focus on price gouging comes as gas prices hit an average of $4.59 per gallon Thursday -- 49 cents a gallon higher than a month ago and $1.55 higher than a year ago, according to AAA.

ExxonMobil, Chevron and other major oil companies announced surging profits totaling more than $40 billion in the first quarter of the year, a fact Democrats repeatedly cited in floor debate. Many of the companies are spending billions on stock buybacks and dividend payments to investors.

"Big Oil is price gouging families because they can," said Rep. Katie Porter, D-Calif., another co-sponsor. "Enough is enough."

Republicans and industry groups called the bill misguided, saying there is no evidence of price gouging. Oil is a global commodity and prices are set on the global market.

Gas prices rose late last year amid supply chain problems and increased demand as the economy recovered following the COVID-19 pandemic, but prices have spiked ever higher since Russia's Feb. 24 invasion of Ukraine. The U.S. has banned imports of Russian oil and other countries are seeking alternatives to Russian energy, driving prices up.

Biden, aware of the political stakes, has vowed to do all he can to ease "pain at the pump for American families," including ordering release of record amounts of oil from the nation's strategic reserve.

Republicans say the answer to higher gas prices is to increase production here in the United States.

Louisiana Rep. Steve Scalise, the No. 2 House Republican, called the bill an attempt by Democrats "to distract and shift blame from the administration's self-inflicted energy and inflation crisis."

Scalise called the bill "a socialist price-fixing scheme that hurts small businesses and consumers the most." He accused Democrats of "politicizing" the FTC by giving the commission "wide-ranging powers based on undefined parameters that will allow it to usurp market forces and set government-controlled gasoline prices."

Rep. Chris Pappas, D-N.H., said the bill was needed. "The price of crude oil fell last month, yet the prices consumers pay at the pump continued to rise. We have to put an end to this corporate profiteering and give families relief," he said.

The American Exploration and Production Council, a lobbying group that represents independent oil and gas producers, called the bill counter-productive. "Energy prices are determined by supply and demand, not false accusations of 'price gouging' motivated by the upcoming election," said Anne Bradbury, the group's CEO.

The House vote comes as Interior Secretary Deb Haaland said she will release a long-delayed, five-year plan that allows Interior to conduct new offshore oil and gas lease sales. The current plan expires June 30, and administration officials had not said when or if a replacement would be released, even as they canceled three offshore lease sales scheduled in the Gulf of Mexico and off the Alaska coast.

Haaland told the Senate Energy Committee the new plan will be made public by June 30. The plan does not issue specific leases or authorize any drilling project.

"As we take this next step, we will follow the science and the law, as we always do," Haaland said Thursday, vowing a "robust and transparent review process that includes input from states, the public and tribes."

The Biden administration has come under pressure to increase U.S. crude production as fuel prices spike because of the pandemic and the war in Ukraine.

Biden also faces pressure from Democrats and environmental groups urging him to do more to combat climate change, even as his legislative proposals on climate and clean energy remain stalled in a sharply divided Congress.

Sen. Joe Manchin, a West Virginia Democrat who chairs the energy panel and plays an outsized role on energy policy, said Thursday that "even as we see Russia wage a war enabled by energy insecurity in Europe, this administration has made its opposition to domestic oil and gas production crystal clear."

Manchin said he supported a pause on new oil and gas leasing on federal lands and waters announced by Biden soon after taking office in January 2021. By last summer, he told Haaland, "the time for a pause had come and gone."

Now, 16 months after the pause was announced, "we still have no new leases," Manchin said. "I'm sorry to say it has become crystal clear that the 'pause' is in fact a ban."

Interior conducted an offshore lease sale last fall, responding to a court order, but the sale was later vacated by a federal judge.

The administration has scheduled onshore lease sales next month in eight mostly Western states. However, officials scaled back the amount of land offered for drilling and raised royalty rates charged to energy companies by 50%.

The four Democrats who opposed the House bill are Reps. Lizzie Fletcher of Texas, Jared Golden of Maine, Stephanie Murphy of Florida and Kathleen Rice of New York. 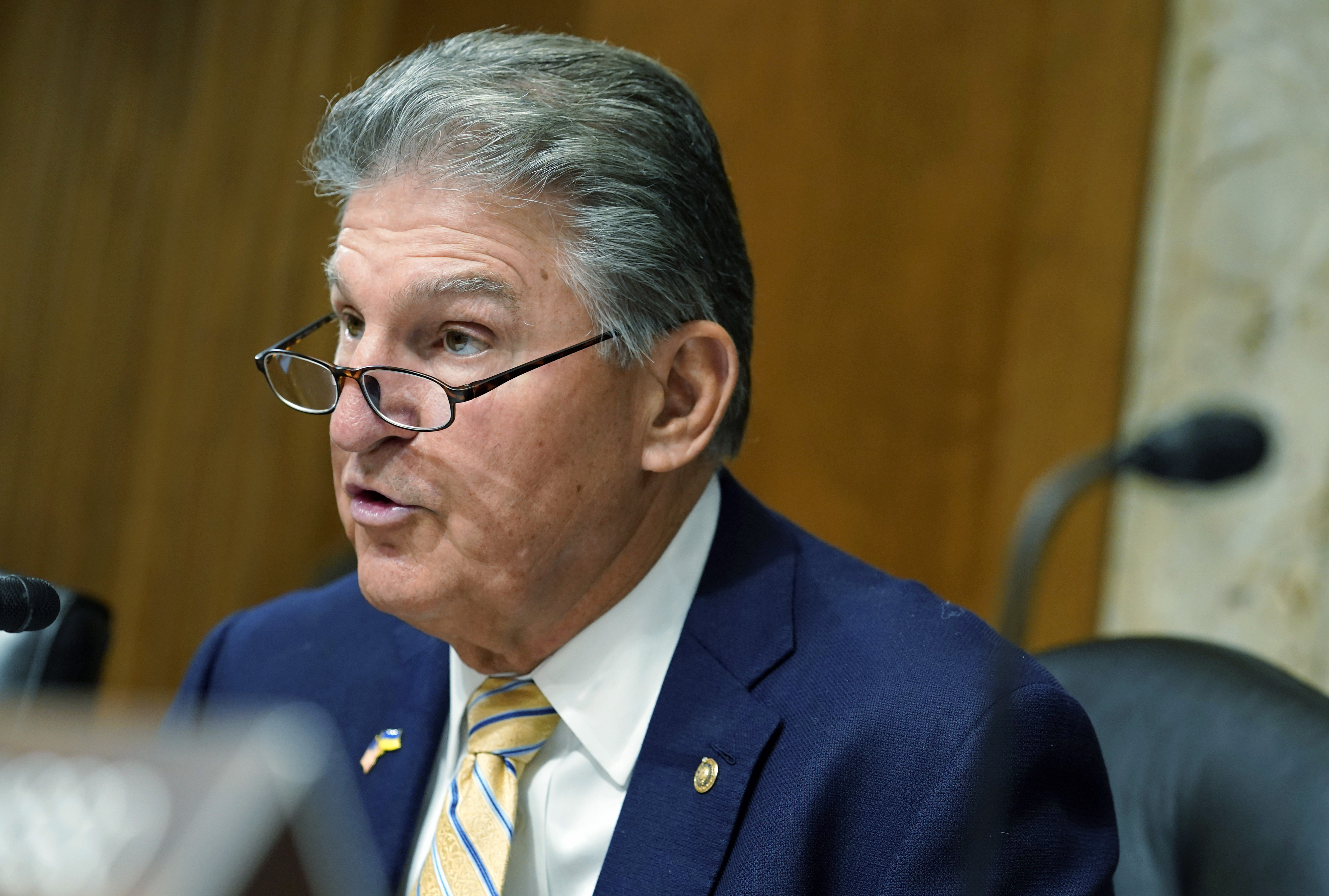 Sen. Joe Manchin, D-W.Va., speaks during a Senate Energy and Natural Resources hearing to examine the President's proposed budget request for fiscal year 2023 for the Department of Energy, Thursday, May 5, 2022, on Capitol Hill in Washington. (AP Photo/Mariam Zuhaib) 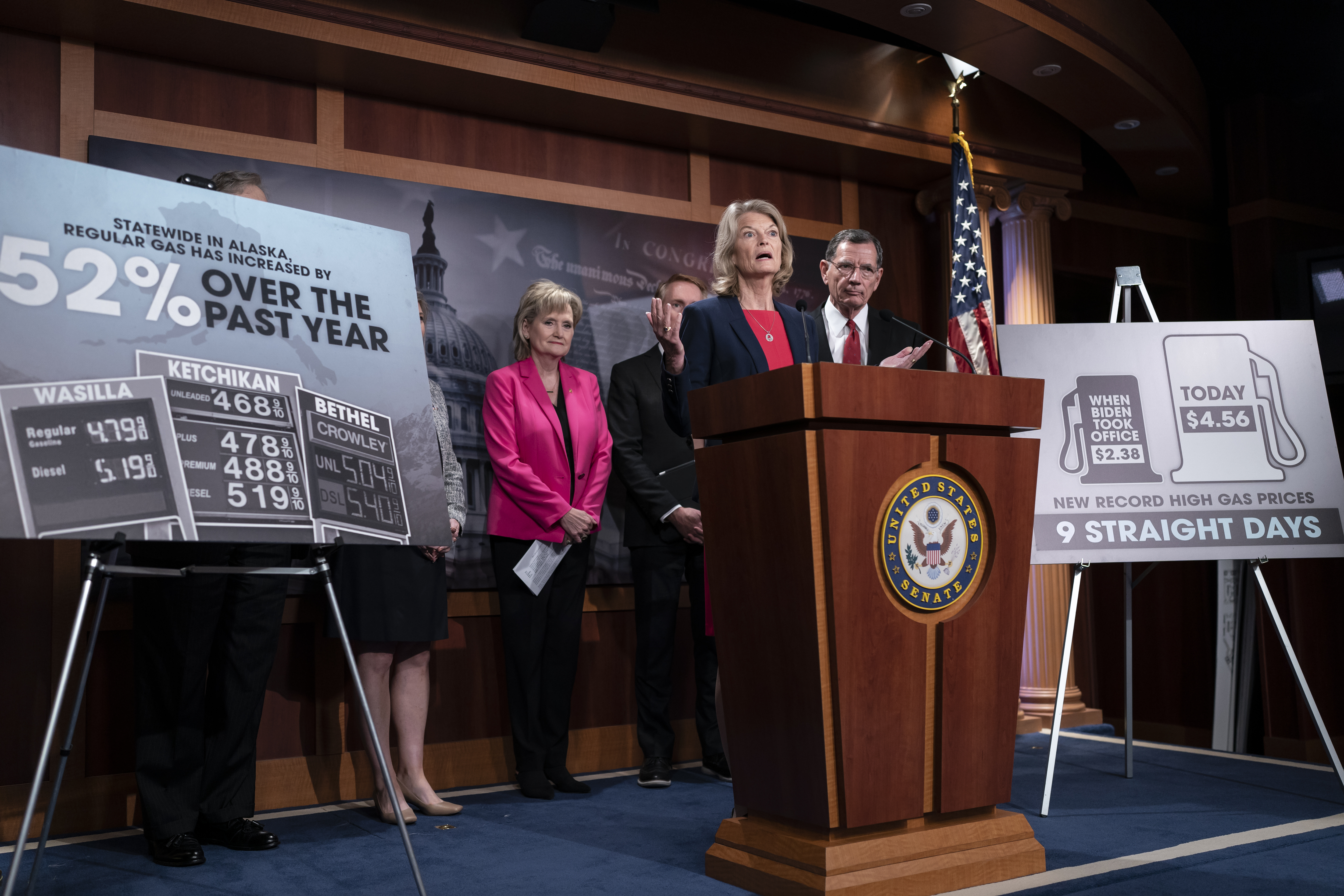