This combination of photos shows Marcia Gay Harden, left, and Skylar Astin in a scene from the new CBS series "So Help Me Todd," from left, Niecy Nash-Betts who will star in the new ABC spinoff series "The Rookie: Feds," and Brice Gonzalez with George Lopez in the new NBC series "Lopez VS Lopez." (CBS/ABC/NBC via AP)

They never even made it onto the stage.

There were constant reminders of the diminished influence of broadcast television networks this past week, when entertainment companies Paramount, Disney, Warner Bros. Discovery, NBC Universal and Fox hawked their upcoming wares to advertisers in flashy New York presentations.

None was more glaring than the fact that Craig Erwich and Kelly Kahl, chiefs of the ABC and CBS entertainment divisions, watched from the sidelines. Erwich was replaced by a boss with broader responsibilities, and NBC doesn't even have an entertainment president; instead, there's an executive who oversees several networks and streaming.

Broadcasters once owned the week, revealing their fall schedules to much fanfare. They're now almost afterthoughts in bloated presentations where the action is now in streaming, and in the coming shakeout over how advertising will invade that format.

Yet with their plans, ABC, CBS and NBC -- Fox didn't even bother to release a fall schedule -- show they clearly know their new place in the entertainment world.

"How do you not recognize reality?" said Garth Ancier, former entertainment president at NBC and Fox. "All of the networks are basically recognizing reality with their schedules. They're not saying, 'we're going to build the audience back.'"

Twenty years ago, the networks were coming off a season where three scripted programs -- "Friends," "CSI: Crime Scene Investigation" and "ER" -- all averaged more than 22 million viewers per episode. This season, "NCIS" and "FBI" are, barely, the only such shows to exceed 10 million, the Nielsen company said.

In April, a broadcast television network was being watched less than 25% of the time that an American household had a TV on, Nielsen said. The rest of the time was spent on cable networks, streaming, gaming, DVR use or videos.

With premium cable in its salad days and streaming still a dream, the network programmers in 2002 spent freely and took chances. ABC, CBS and NBC introduced 19 new scripted programs, eight of them comedies, on their fall schedules that year.

This year, they plan just seven new scripted shows for the fall. NBC's star vehicle for George Lopez and his daughter, "Lopez vs. Lopez," is the only comedy.

"We have officially turned the page now. Everyone sees that we are not going back to the network era," said Aaron Barnhart, a veteran critic and author of the book "Primetimer Guide to Streaming TV." "In some ways, it's just the culmination of a culture shift that happened when everybody first start hooking up to cable TV."

Even Ancier, a creature of network TV who also worked for the Walt Disney Studios and the WB, is now advising developers of an app to help people keep track of their favorite shows on streaming services.

Network TV is primarily becoming the home of franchises and reboots, unscripted and live events and sports.

NBC has its three Dick Wolf-produced "Chicago" dramas filling its Wednesday nights and CBS does the same for its "FBI" shows on Tuesday, also produced by Wolf. NBC's trio of "Law & Order" shows (yes, Wolf again) will fill Thursday nights, CBS has its "NCIS" franchise, Fox has two "911" shows and ABC is trying to create its own franchise with a spinoff of "The Rookie" in the fall.

"They have built-in audience bases, and require much less time and money to promote, and tend to get strong viewer sampling," said veteran TV analyst Steve Sternberg.

Even CBS' funnyman Stephen Colbert couldn't resist poking fun at his network's formula at the Paramount program, saying it specializes in "sexy people solving the murders of sexy corpses."

NBC succumbed to the tried-and-true idea of resurrecting old shows with the drama "Quantum Leap" and, in midseason, the comedy "Night Court."

"That isn't a fall schedule," said ABC's Jimmy Kimmel, whose mocking monologues are a ritual at the yearly schedule presentations. "Those are the tapes you find in your dead uncle's VCR."

At ABC, "we've really leaned into live events" like "American Idol," Erwich said in an interview. The network is also introducing a celebrity version of "Jeopardy!," recognizing the syndicated game show routinely draws more viewers than any prime-time show. For the first time this fall, CBS is scheduling an all-unscripted evening of programs.

Both ABC and NBC will have more unscripted than scripted hours on its prime-time schedule this fall. In total, 34 of 66 prime-time hours on the three top networks will be scripted. That compares to 42 and a half 20 years ago, not including nine hours of scheduled movies.

The broadcasters are looking to save money; CBS' cancellation of two comedies from go-to producer Chuck Lorre this spring is another illustration of belt-tightening, Barnhart said.

CBS' Kahl noted that 17 of the top 30 shows on its corporate sibling, the Paramount+ streaming service, are CBS shows.

"When it works right, it's kind of a virtuous circle," he said. "We can get younger people exposed to our shows who might not watch it on the network, who might see it on Paramount+ and then come back to us."

The viewership numbers, the lack of attention and sapping of creativity may not bode well for the broadcast networks. But they're in better shape, and have a clearer pathway to the future, than many cable networks, Barnhart said.

"Before, they served the mass audience," he said. "The 25% who still watch broadcast TV, it's hard for us to think of the network audience as a niche, but it sort of is." 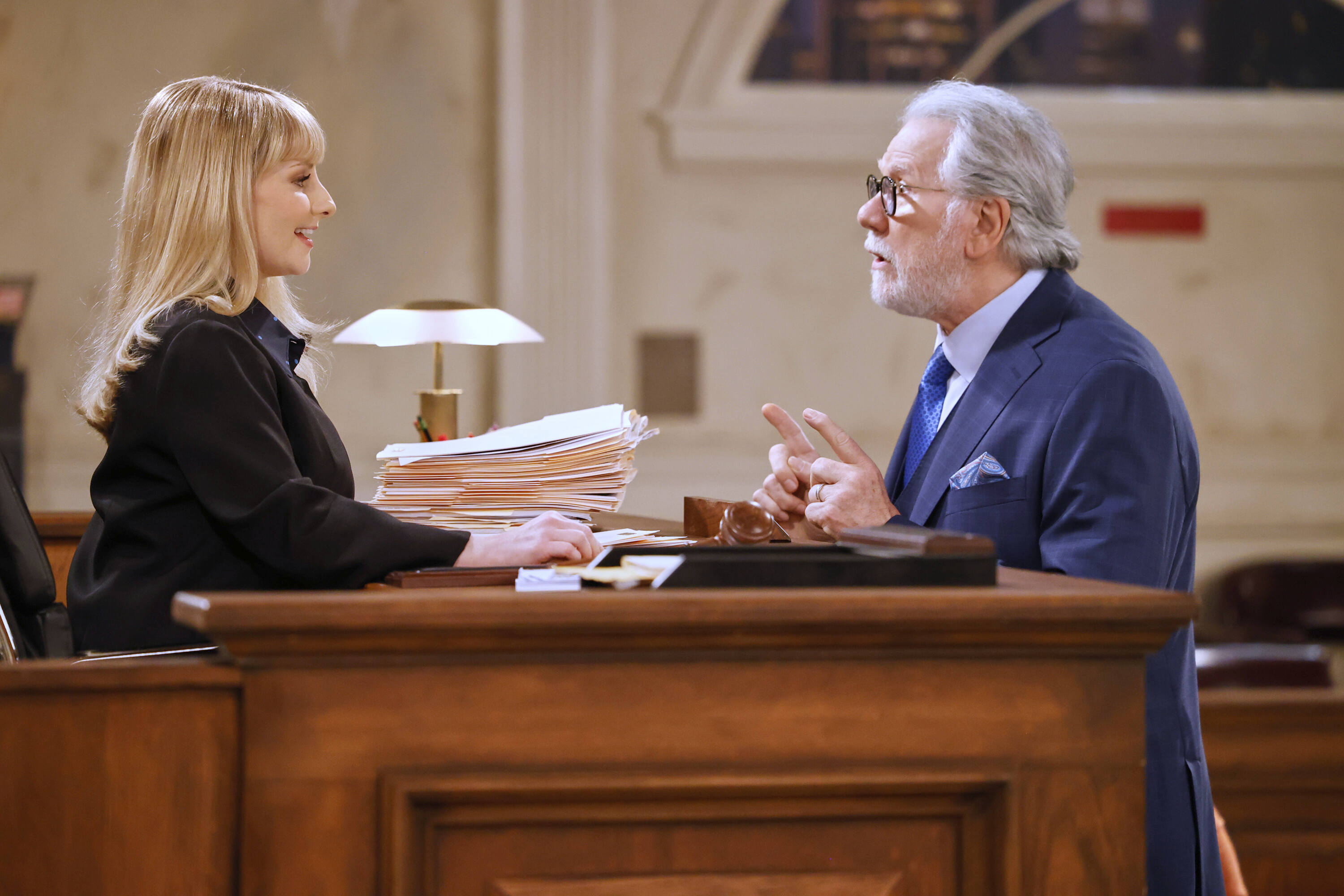 This image released by NBC shows Melissa Rauch as Abby Stone, left, and John Larroquette as Dan Fielding, in a scene from "Night Court," a comedy series debuting this fall. (Jordin Althaus/NBC via AP) 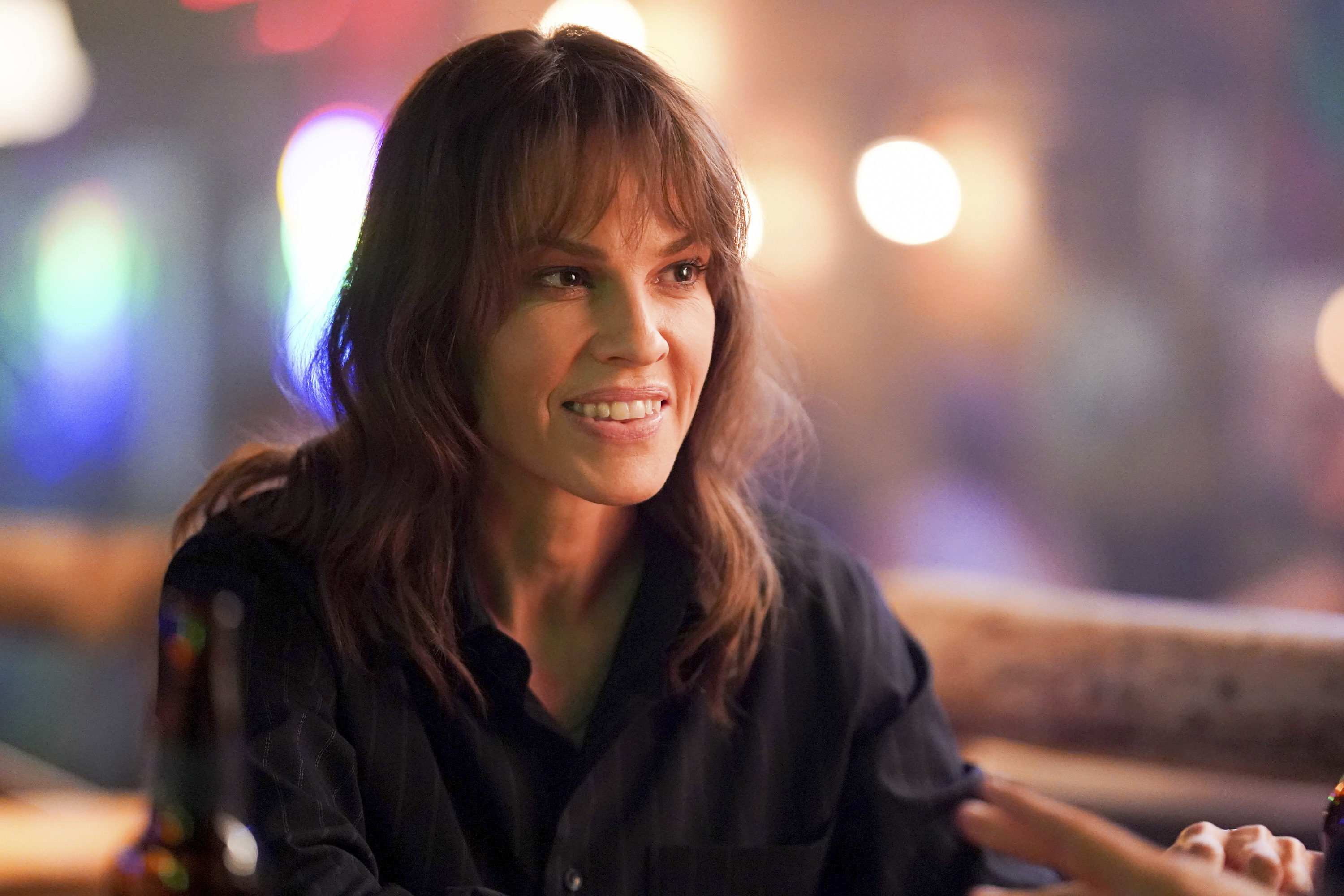 This image released by ABC shows Hilary Swank in a scene from the new series "Alaska." (Darko Sikman/ABC via AP) 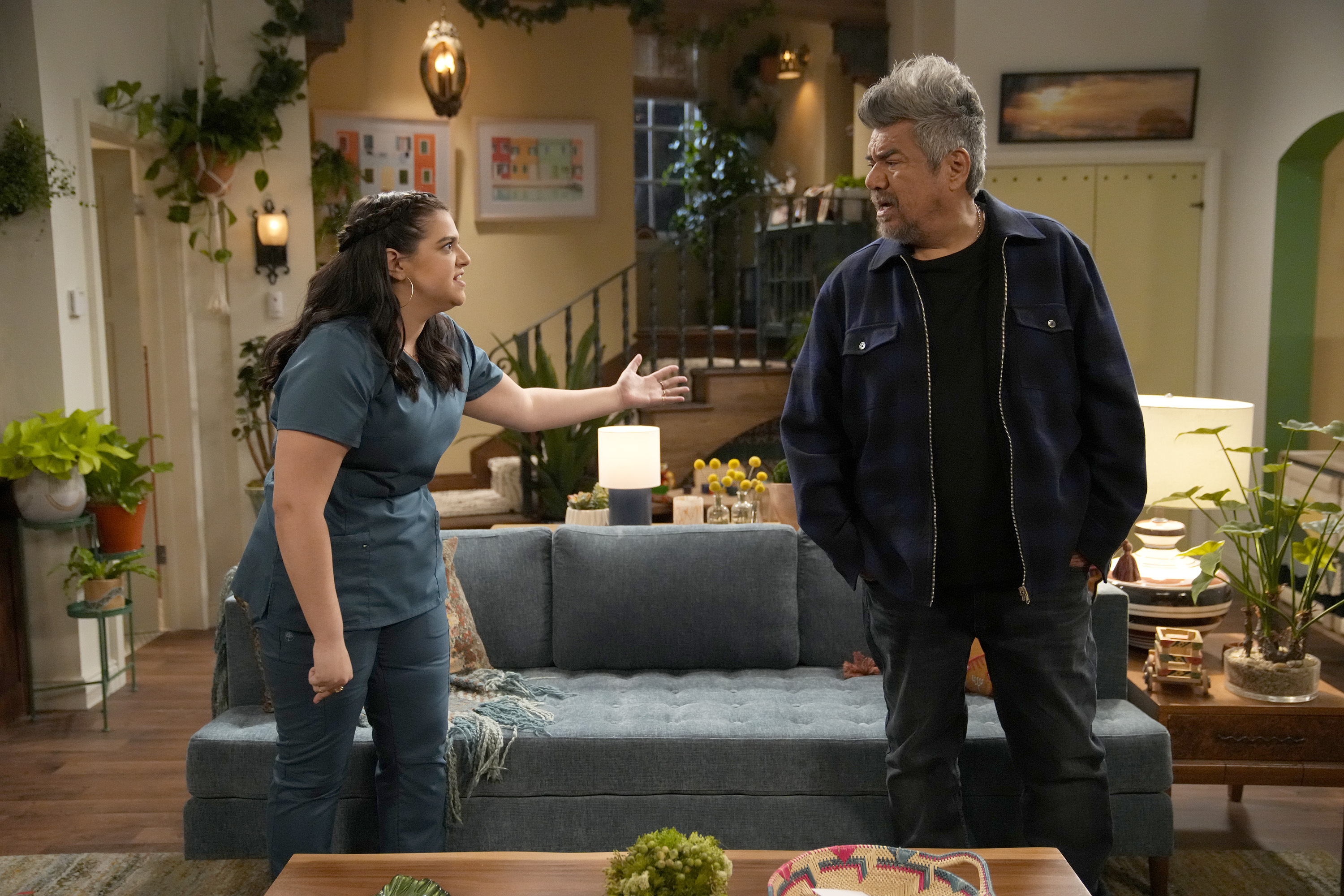 This image released by NBC shows Mayan Lopez, left, and George Lopez in a scene from "Lopez vs Lopez," a new comedy series debuting this fall. (Casey Durkin/NBC via AP) 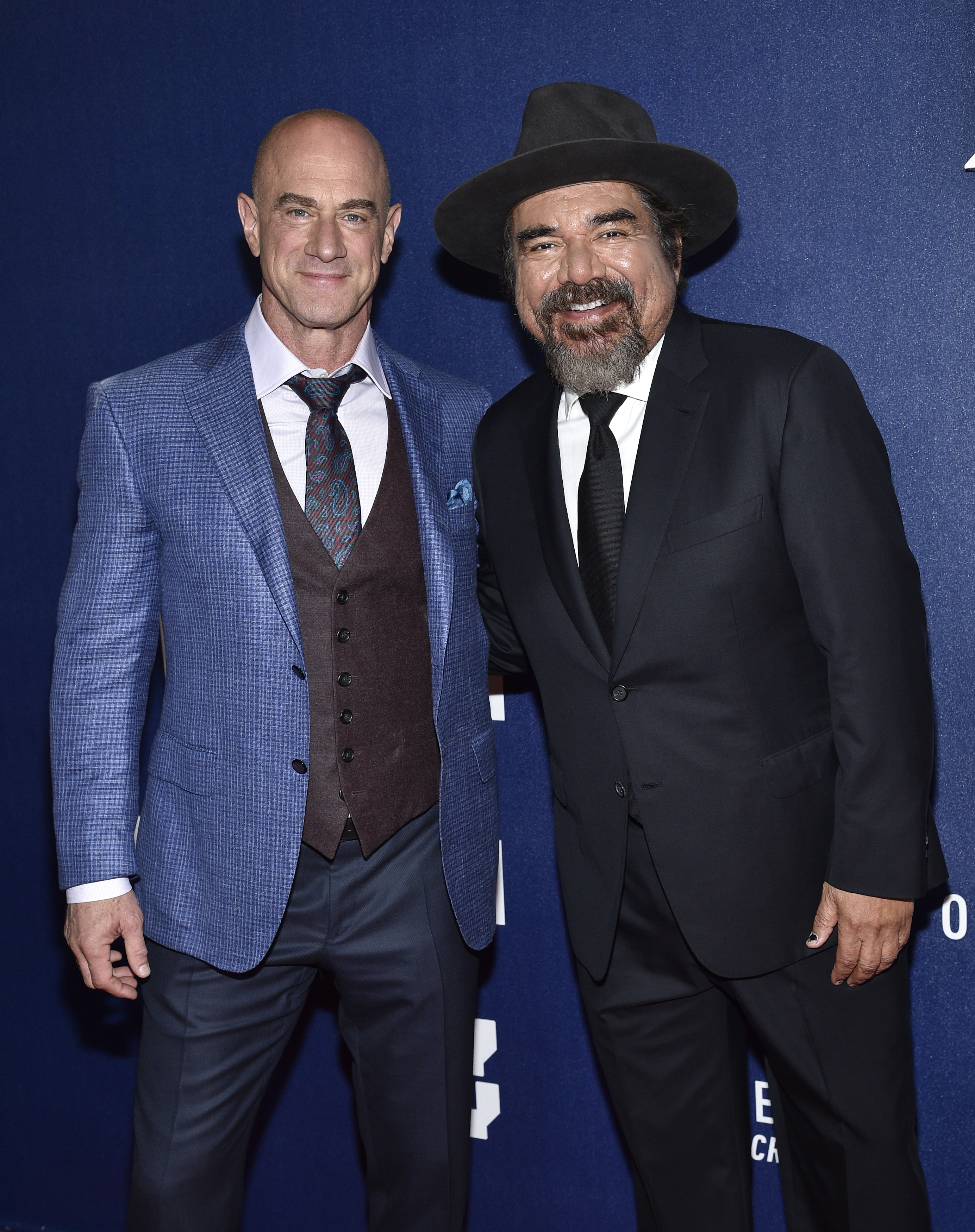 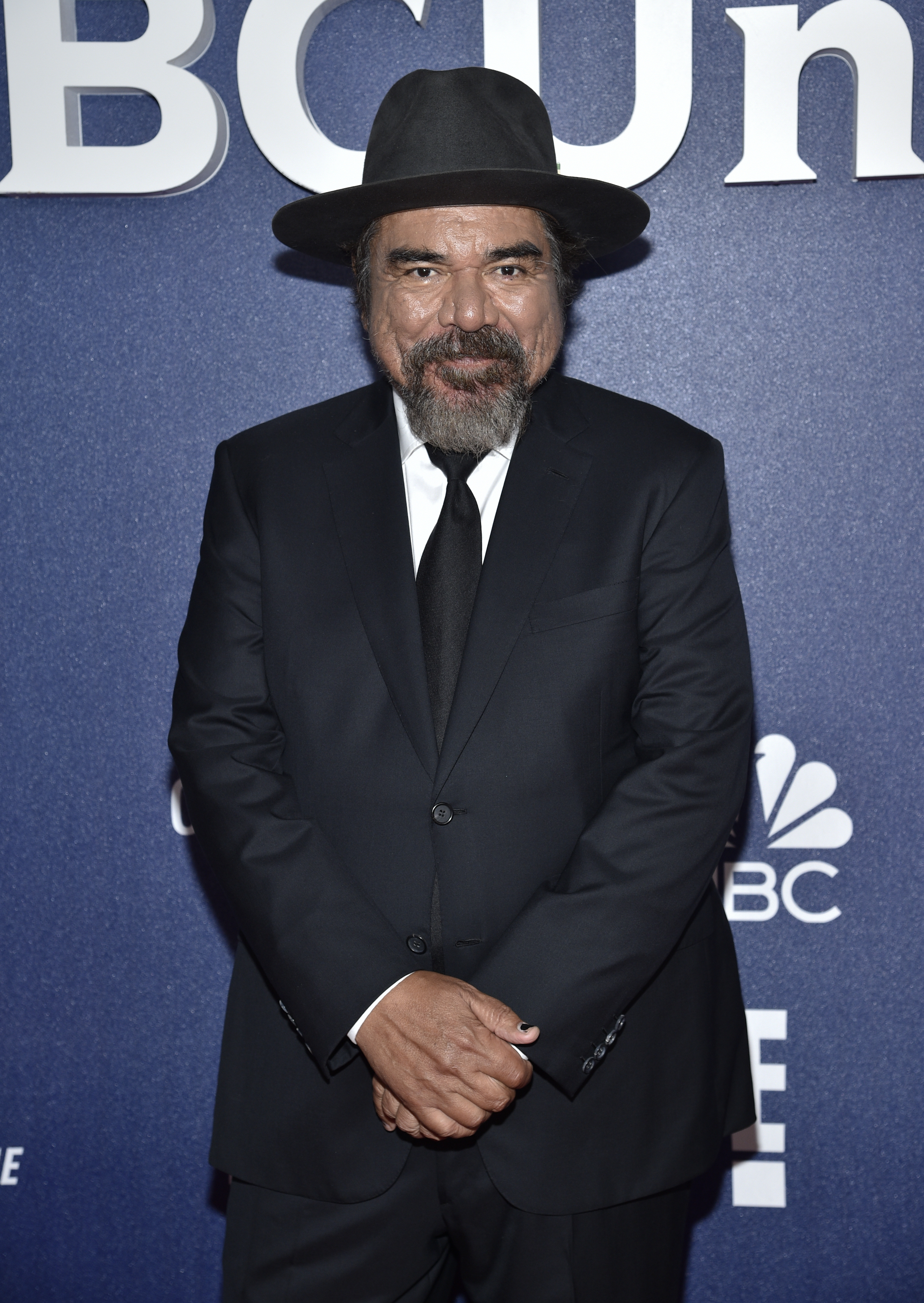 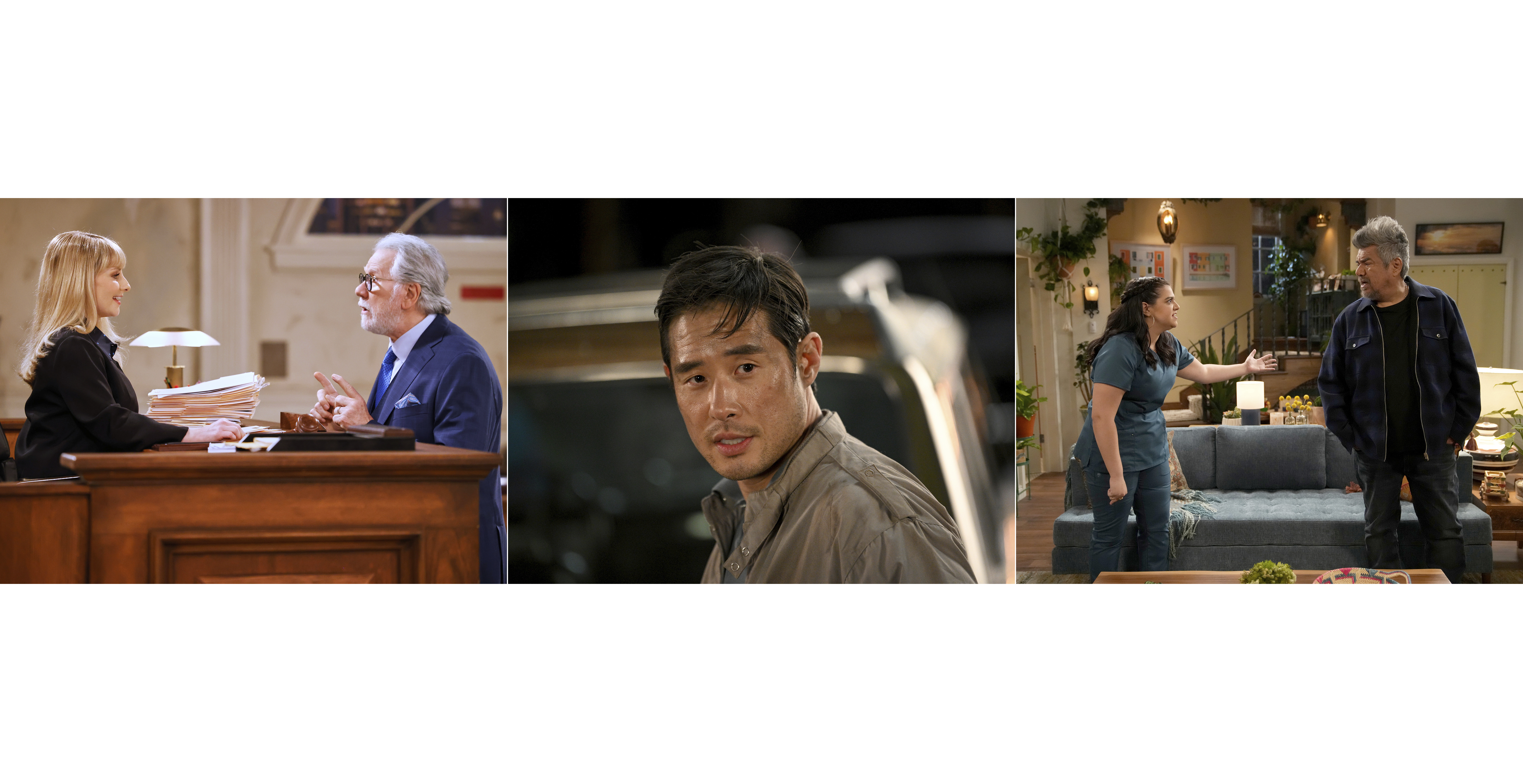