Leopards sneak past Panthers, 7-6, in playoffs 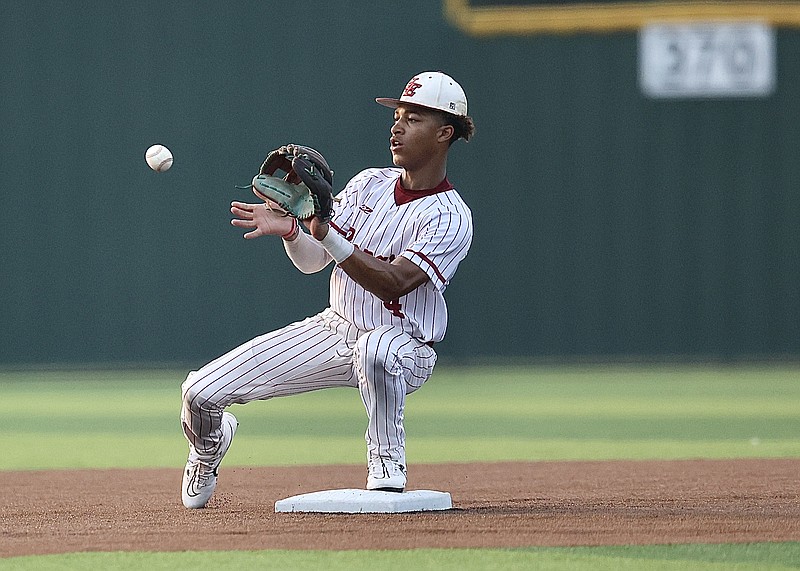 WINNSBORO, Texas -- Liberty-Eylau built a 5-0 lead, lost it and scored the winning run in the top of the seventh to defeat Bullard, 7-6, in a Class 4A Region II quarterfinal playoff baseball game at Winnsboro High School on Friday.

Cal Jones pitched in relief and was the winner.

Braylon Blair cranked a leadoff double to center in the seventh for the Leopards. Gage Bellatti was thrown out at first and Blair moved up to third. Britain Pipes walloped a deep sacrifice fly RBI to center to give Liberty-Eylau a 6-5 edge.

Cal Jones led off the game with a double to right center for Liberty-Eylau. WT Jones had a bunt single and Cal Jones moved up to third. Blair's fielder's choice scored Cal Jones. Bellatti singled to left and Pipes followed with RBI to left and the Leopards grabbed a 2-0 lead.

Xander Worthy had an RBI single for L-E, and Ron Garza followed with an RBI single to make it 4-0. A courtesy runner for Worthy scored during a rundown as the Leopards grabbed a 5-0 advantage.

Reed Overbeek slugged a solo homer in the fourth to help bridge the gap for the Panthers, 5-1. Luke Williams tripled with two outs and Tanner Stainback had an RBI single as Bullard inched closer, 5-2.

Liberty-Eylau's Worthy hit a single down the left field line with two outs in the fifth. The next batter grounded out to end the top of the frame.

Bullard scored a run when the pitcher's pick off move was flung into the outfield. Courtesy runner Braden Vining moved up to third and scored when the outfielder held onto the ball too long to make it 5-3 in the fifth. David Wilson slapped an RBI single for the Panthers and Bullard was within a run, 5-4. Williams beat a throw out from the shortstop to knot the game at 5-all as a runner came in on the single.