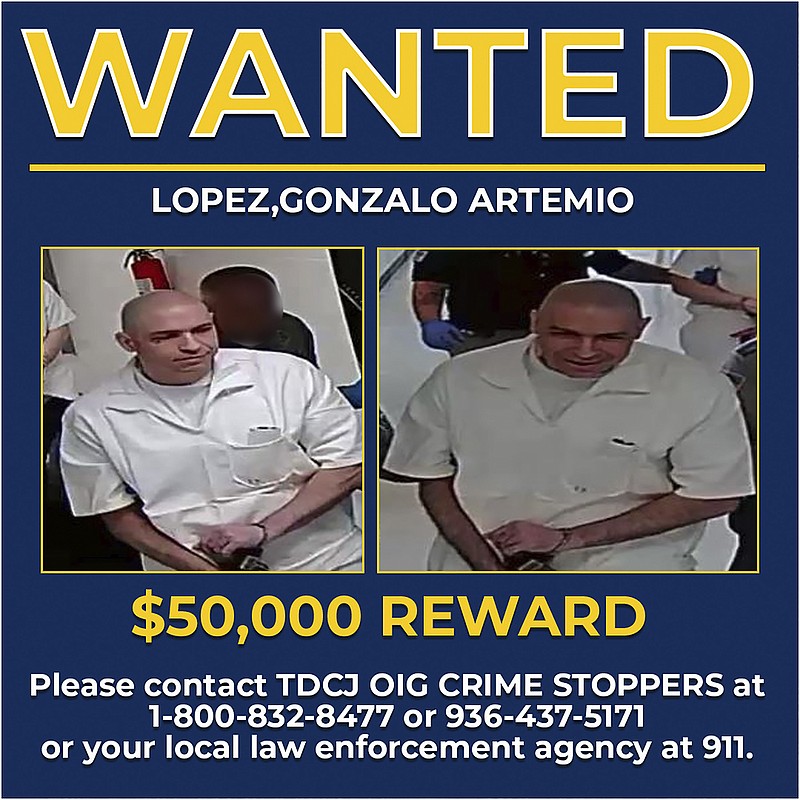 These May 12, 2022, photos of a Wanted poster provided by the Texas Department of Criminal Justice shows Gonzalo Lopez. Authorities say that Lopez, a Texas inmate serving a life sentence for murder who is still on the run after escaping from a transport bus last week got out of his restraints and a caged area before stabbing the driver. (Texas Department of Criminal Justice via AP)

CENTERVILLE, Texas -- The search by ground and air in the Texas county where a convicted murderer escaped from a prison transport bus and stabbed the driver last week has concluded as the hunt for him expands, authorities said Friday.

Gonzalo Lopez, 46, was being transported to a medical appointment on May 12 in a caged area of the bus when he escaped in Leon County, a rural area between Dallas and Houston, the Texas Department of Criminal Justice has said.

The department said Friday that the search was entering "a new, expanded phase," saying some personnel will remain in the county and will conduct strategic searches of areas outside the original secured perimeter.

Inspector General Cris Love said anyone found to be helping or harboring Lopez will face not only arrest and prosecution, but he believes is also "putting themselves in danger."

"Lopez has a complete disregard for human life and will do what it takes to avoid capture," Love said. "We will take this investigation wherever it leads us until Lopez is back in custody."

The department has said Lopez somehow freed himself from his hand and leg restraints, cut through the expanded metal of the cage and crawled out the bottom. He then attacked the driver, who stopped the bus and got into an altercation with Lopez and they both eventually got off the bus.

A second officer at the rear of the bus then exited and approached Lopez, who got back on the bus and started driving down the road, the department said.

The officers fired at Lopez and disabled the bus by shooting the rear tire, the department said. The bus then traveled a short distance before leaving the roadway, where Lopez got out and ran into the woods.

Lopez was sentenced to life in prison after being convicted in 2006 of killing a man along the Texas-Mexico border,

At some point during the escape, the Lopez stabbed the driver, whose wounds weren't life threatening, the department said.

A $50,000 reward for information leading to Lopez's capture is being offered. 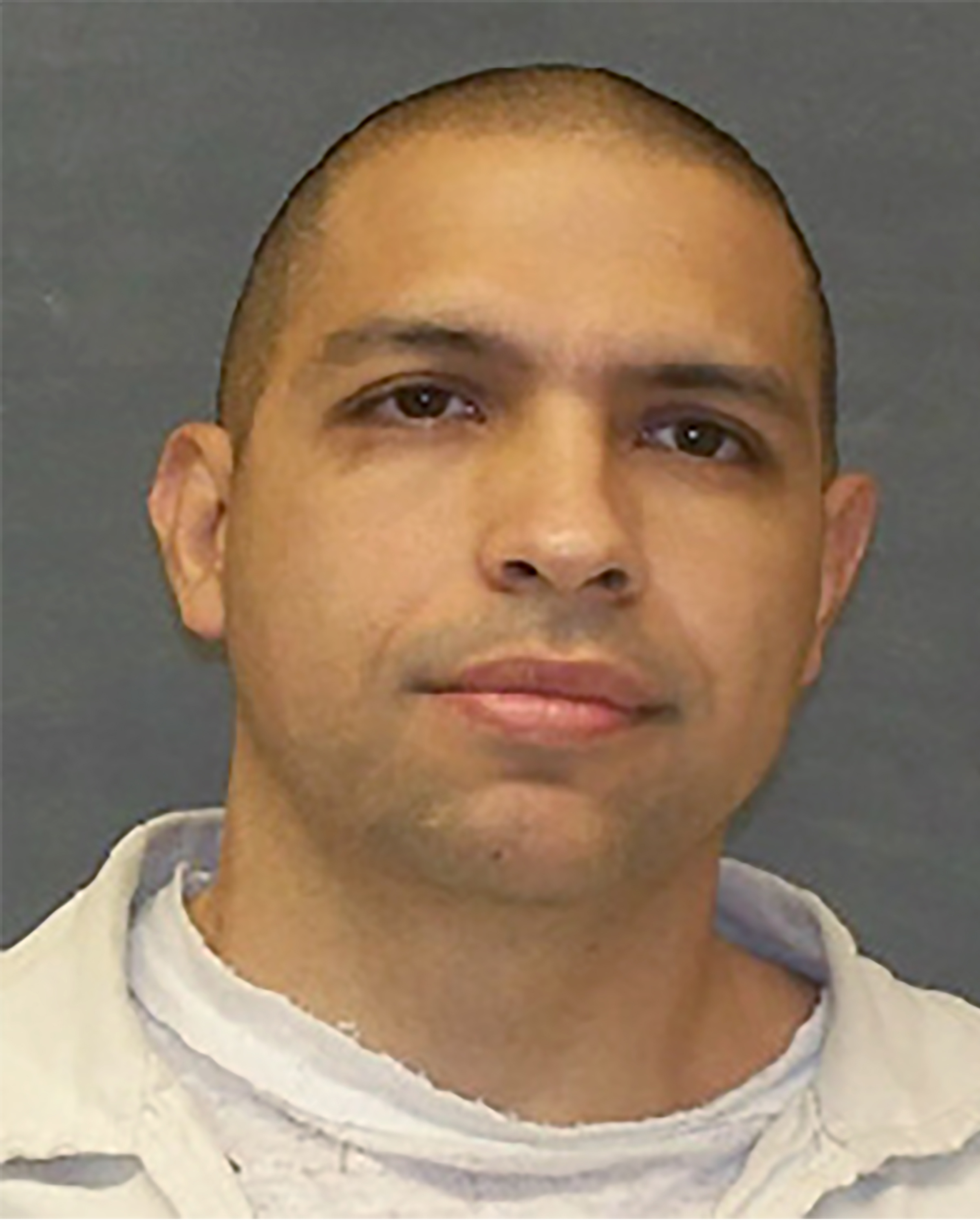