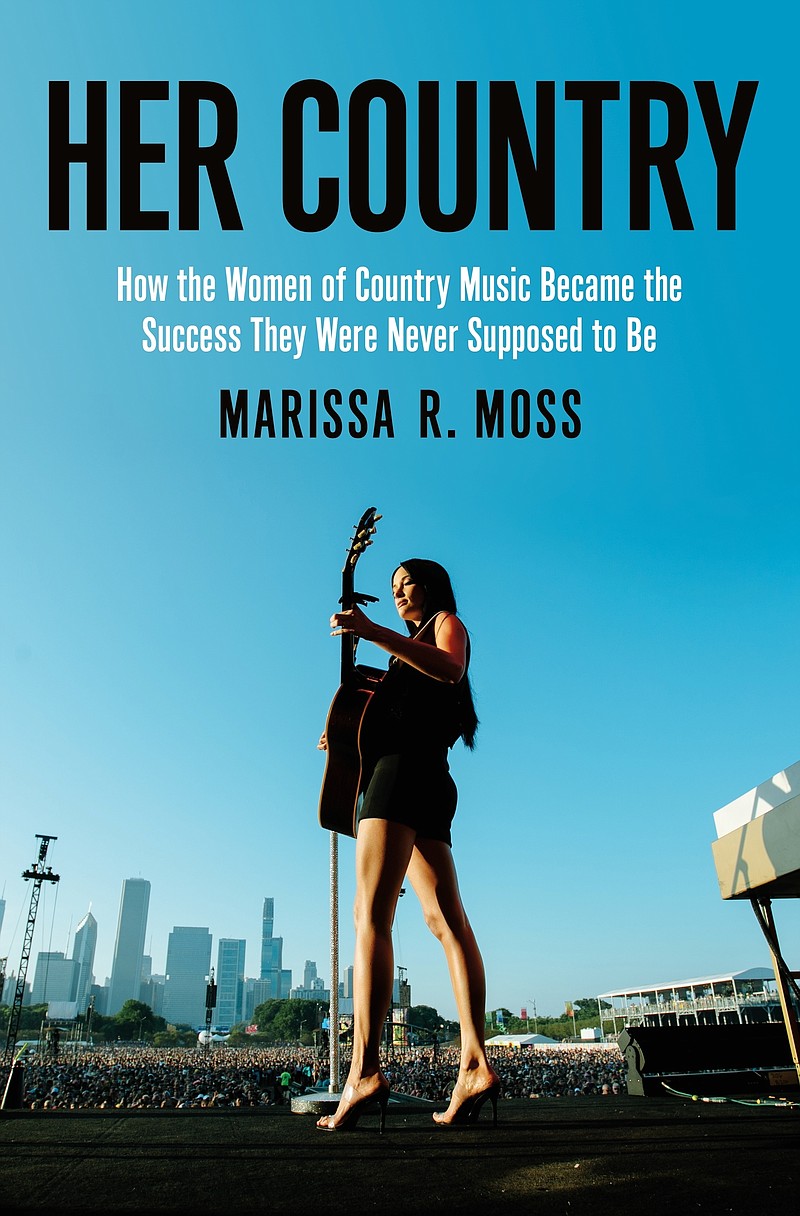 This image released by Henry Holt shows cover art for &quot;Her Country: How the Women of Country Music Became the Success They Were Never Supposed to Be&quot; by Marissa R. Moss. (Henry Holt via AP)

"Her Country: How the Women of Country Music Became the Success They Were Never Supposed to Be," by Marissa R. Moss (Henry Holt & Co.)

NEW YORK — Women have always played a major part of country music, from the Carter Family to Dolly Parton, but in recent years you’d be hard pressed to hear that on country music radio. In “Her Country,” Marissa R. Moss chronicles how three singers – Kacey Musgraves, Maren Morris and Mickey Guyton — found ways to circumvent the traditional Nashville Music Row country music industry path and its “good ol’ boy” mentality to chart successful paths of their own.

In the 1990s, women country music stars seemed to dominate the airwaves: Shania Twain, Faith Hill, the Chicks (formerly the Dixie Chicks) were mainstream stars. But after the Chicks were essentially blacklisted in 2003 for criticizing George W. Bush, a chill for women settled over the industry. Even today, women are rarely played back-to-back on country radio, and make up less than 20% of airtime.

But as Morris shows, the women in “Her Country,” have managed to produce some of the most creative, inclusive and successful country music of the moment despite obstacles. Musgraves, Morris and Guyton all started out in Texas as talented singers from a young age, each eventually making their way to Nashville to try to make it in country music.

Musgraves strove for inclusiveness, both in her lyrics, and by making sure her co-writers Brandy Clark and Shane McAnally took the stage when she won the Country Music Awards Song of the Year Award in 2014 for “Follow Your Arrow.” It was the first time two openly gay people stood on the CMA stage for an award.

Morris found success by self-releasing her songs and then working with Spotify to launch them in 2015. Her songs were a hit on the platform and left labels scrambling to sign her. Next, she became a crossover success with the worldwide pop hit “The Middle,” with producer Zedd and musical duo Grey in 2018. She joined the country music supergroup The Highwomen in 2019.

“I realize that not only am I walking through these doors as a Black woman, I need to hold the door open for many other Black, brown, LGBTQIA+ artists that have the same dreams,” she said backstage.