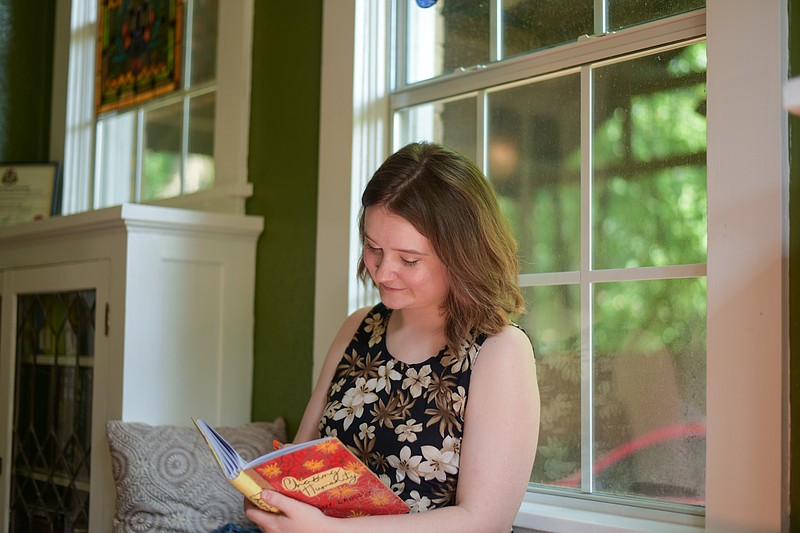 Author Amanda Langley sits in the sunroom of her home Thursday, May 19, 2022, in the historic district of Texarkana, Arkansas, looking through edits of her first novel, "Chasing Humanity." (Staff photo by Erin DeBlanc)

TEXARKANA -- On any given day, Amanda Langley can be found sitting in the sunroom of her brick cottage-style house in the historic district of Texarkana, Arkansas, embracing the beauty in life.

Surrounded by large window panes, she can see her lush garden in the front yard. For the debut author, it is a perfect creative space to execute various forms of art.

Langley describes herself as an artist, but she is more of a lifelong creator and "Jane of all trades."

The sunroom she sits in is full of items she's created herself, nearly a gallery of her work through the years. A piano commands a corner adjacent to a window where sunbeams filter through the air and she can sit to produce music.

From her childhood years, Langley played piano, wrote stories, made paintings and learned to crochet and do pottery, to name just a few talents. Her love for art overflowed into her professional life when she earned a bachelor's degree in art education.

"I chose that because I could not land on a single art that I could focus on," she said.

Later, Langley began teaching and also became a muralist, with some of her work on display in Bloomberg, Texas.

Recently, she has begun developing a series of surrealist portraits and released her first novel, "Chasing Humanity," under the pseudonym Lady Langley.

Langley conceived the 28-chapter, less than 200-page book last Dec. 28 and completed it before January arrived.

"I don't like things that just have fluff thrown in there that have nothing to do with the story. I wanted to write a book that I would want to read," she said.

The "slice-of-life dystopian book," as Langley describes it, is a multisensory experience. At times, the narrator, who switches every fourth chapter, uses vicarious narrative, walking the reader through the story as if they were truly immersed rather than simply reciting the text.

"It's nothing that I had to research because I was drawing from my own life experiences," she said. "So when I go and describe the character going to create a bowl, I've done that. I've been there. I know exactly how the clay feels. ... You could go and actually research these places mentioned in the book."

"Chasing Humanity" tells the struggle of protagonist Darius Freeman in a world where almost all people are vampires. Some of the themes include poverty, love, self-determination, sovereignty and humanity.

Humans are a protected species in the novel, donating their blood every month to the vampire community. Vampires are provided with more job opportunities and have the prestige that humans don't possess.

The downsides to being a vampire are the loss of identity, humanity, empathy and other human emotions and experiences, such as feeling the grass beneath their feet, the sun shining its warmth and unconditional love.

The array of experiences includes "making real art, dancing goofy, not having to be perfect, different things that I think show humanity -- like eating for fun and playing without competition," Langley said.

Each chapter communicates how Freeman copes with the struggles of the woman he loves, deciding whether she should turn into a vampire. In an attempt to preserve her humanity, he shows her what it would be like to miss what makes humans human.

Langley said though the book is set in a world where more than 99% of the population are vampires, "we are focusing on the 1% that are trying to find humanity in the world. They're physically safe, but they have to navigate in a world that is not built for them."

Langley said any person can relate to her book. Dyslexic herself, she said, "This book is for readers and non-readers. ...

"Whether you are a person of color, from poverty, an outcast, LGBTQ or a person who feels they don't belong in society, then you'll be able to really relate to the story I'm telling."

("Chasing Humanity" is available as an ebook from Amazon.com.) 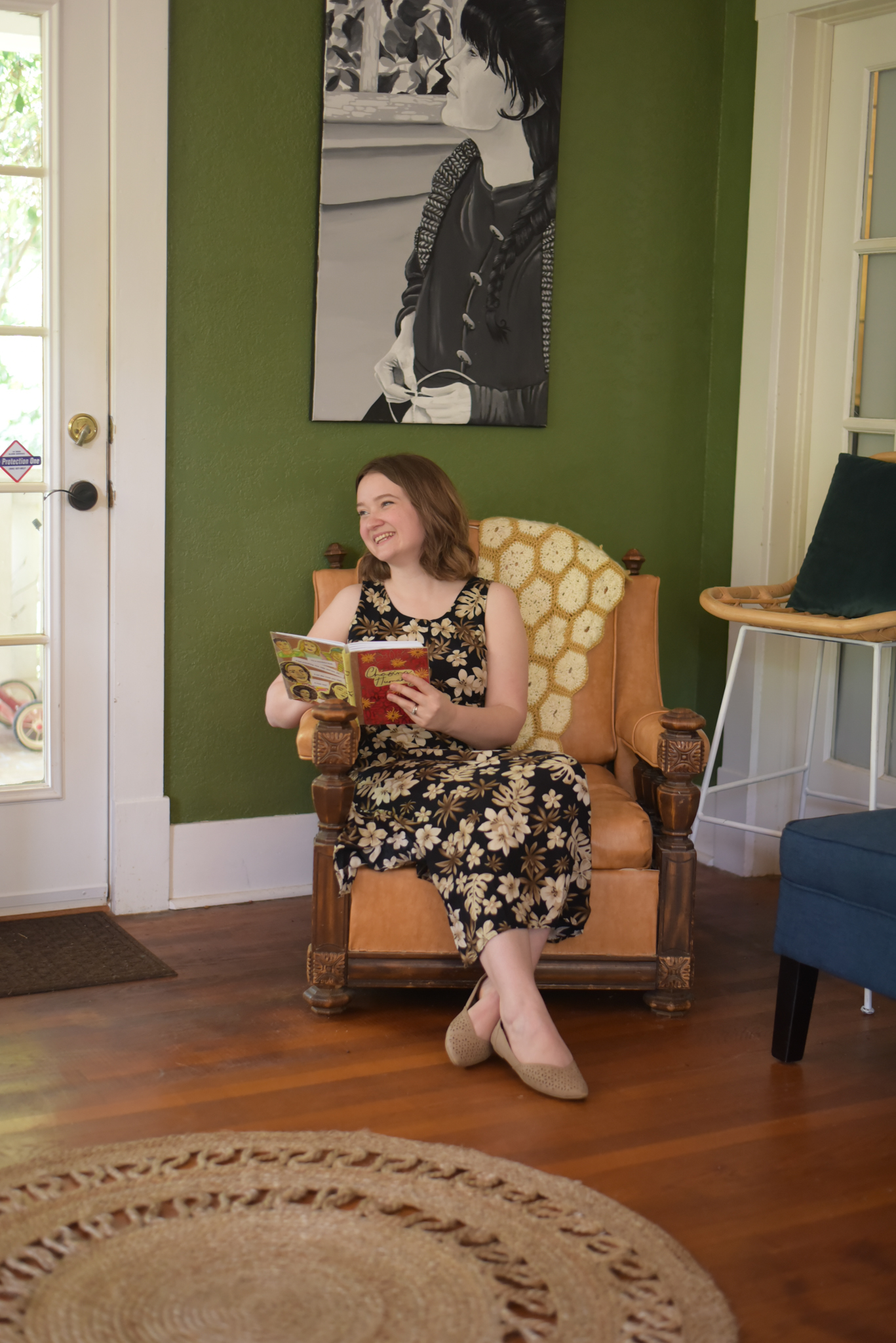 Author Amanda Langley sits in the sunroom of her home Thursday, May 19, 2022, in the historic district of Texarkana, Arkansas, looking through edits of her first novel, "Chasing Humanity." (Staff photo by Erin DeBlanc)