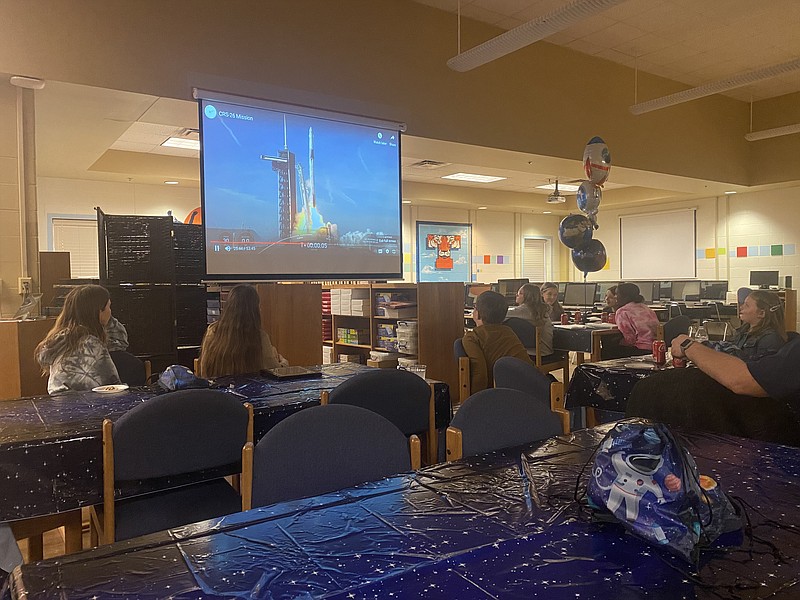 TEXARKANA, Texas -- Three Texas Middle School students were recognized on Tuesday for the launch of the school's first experiment through the Student Spaceflight Experiments Program to the International Space Station.

Last year, TMS submitted three experiment proposals to the SSEP, which selected one to be launched into space as a part of Mission 16. Only 22 of the top experiment design proposals from across the world were granted the opportunity to launch to the ISS. Due to COVID-19 complications, the launch was delayed until this month.

Out of the three proposals TMS submitted, the work of three sixth-graders -- Rivers Glass, Tiffany Bowen and Jaedyn Rios -- was selected to be launched to the ISS. The project was titled, "The Effects of Space Travel and Microgravity on Hybrid Brine Shrimp Eggs." Marcy Kelly was their science teacher.

"The idea is they're sending up a tube of eggs to the space station, and we have a tube here. And when we get that one back, they're going to grow both of them and see if being in microgravity for an extended period of time affected them in any way before their life started," TMS Curriculum Coach Emily Burns said.

Burns said the experiment could reveal a better idea of how life forms are affected by being in space, and the students involved are interested in finding out the importance of knowing this and how the results could benefit space travel.

Glass referred to the brine shrimp as "sea monkeys" when describing his group's winning proposal.

"We did sea monkeys, and the reason we did that is because you can pretty much eat them because they're like a shrimp," Glass said. "So, if you could take them to space and grow the shrimp, they could do that for other types of shrimp to make them bigger and then grow that type of animal in space like they do plants to be able to eat on the ISS."

The SSEP was launched in June 2010 by the National Center for Earth and Space Science Education in strategic partnership with Nanoracks LLC. Designed as a model U.S. national science, technology, engineering and mathematics education initiative, the program gives students across a participating community the ability to design and propose real microgravity experiments to fly in low Earth orbit.

The microgravity experiment design group proposals were presented to all TMS honors science students, and Burns said they got 142 proposals to choose from. The proposals were selected through a formal two-step committee review process.

Fifty-three of the 142 submitted proposals made the official Step 1 Review. From those, the committee chose the top three to send to the Step 2 Review.

"It was our first year doing this, so it was a learning experience," Burns said. "And the kids came up with great ideas. They were just given free reign with the guidance of their teachers."

The other two groups from the top three submitted proposals were also recognized at Tuesday's event.

TMS' seventh-grade team in the top three consisted of students Emma Kate Taylor, Laney Russ, Mackenzie Wiley and Reese White. Their proposal explored the effects of microgravity on the growth of fragaria and ananassa, otherwise known as sweet fruits like strawberries.

The eighth-grade group in the top three was made up of students Lili LeFors, Catie Loomis and Maya Olson. Their presentation was titled, "Effects of Microgravity on the Crystallization of Perovskite Solar Cells."

The Elementary and Secondary Mission Patch Art Design competition winners were also announced during Tuesday's celebration event. These students drew and designed mission patches to capture the mission objectives, which were also launched into space with the experiments.

Astrid Cabrera was the secondary winner, and Jacie Ramsey was the elementary winner.

TMS also announced the top three groups who will submit proposals for the Mission 17 launch for next year. These groups' experiments focus on the effects of microgravity on various elements as well.

"This is a once in a lifetime experience for our students," said Jennifer Sells, coordinator of secondary math and science instruction.

As part of the presentation on Tuesday, audience members watched the launch from this weekend. 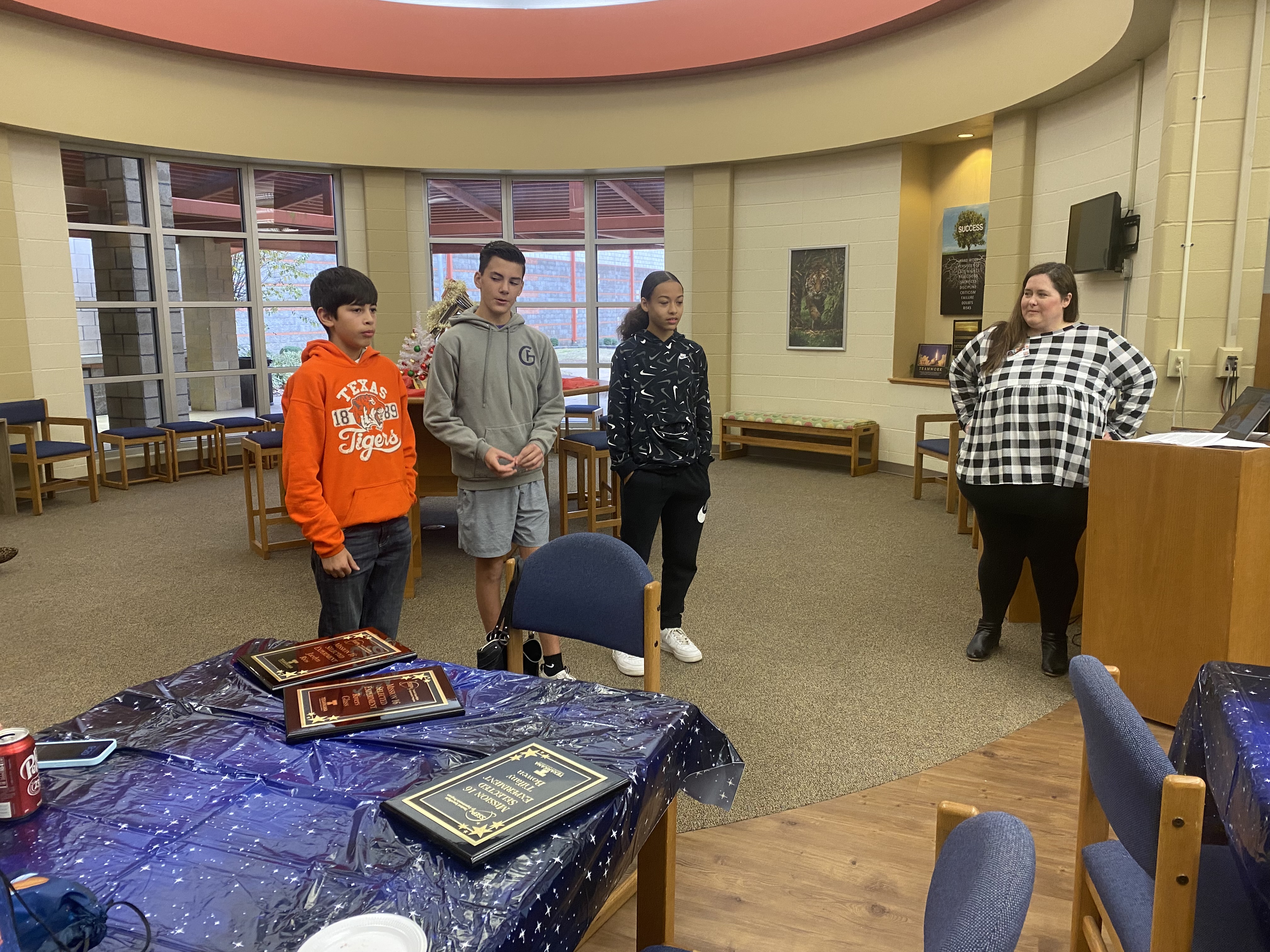 From left, Texas Middle School students Jaedyn Rios, Rivers Glass and Tiffany Bowen speak about their Student Spaceflight Experiment project, titled “The Effects of Space Travel and Microgravity on Hybrid Brine Shrimp Eggs,” as Jennifer Sells, coordinator of secondary math and science instruction, observes. The students were recognized Tuesday, Nov. 29, 2022, at TMS in Texarkana, Texas, for being one of the 22 proposals selected worldwide to be launched to the International Space Station. (Staff photo by Andrew Bell)

Arkansas expecting to sign standout at tight end
by Richard Davenport
Kennedy takes bold risks with NASCAR family business
by Jenna Fryer
The only rivalry in golf is about tours, not players
by Doug Ferguson
Texans hire DeMeco Ryans as head coach
by Kristie Rieken
AP source: Broncos get Payton as coach in deal with Saints
by Arnie Stapleton
ADVERTISEMENT