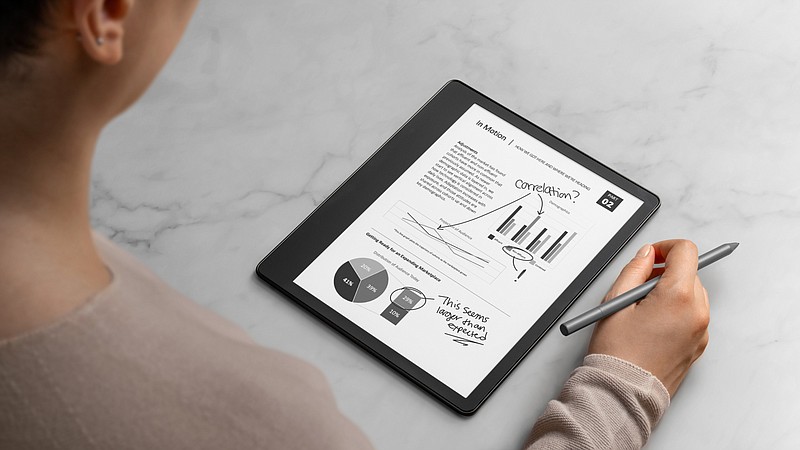 Amazon is hoping to deepen its reach into your home, with new products to track your sleep, operate your TV and even help you scribble notes while you read.

At its annual product-launch event, streamed online Wednesday, the tech giant unveiled an uncharacteristically short lineup of new and updated products. Among the dozen devices that appear most ready-made for holiday gifting: a version of its Kindle e-reader called the Scribe that comes with a stylus for digital note-taking - and a bedside lamp called the Halo Rise that doubles as an alarm and a futuristic way to gather data about your sleep.

A theme uniting many of the updates is an effort to make often-disparate Amazon electronics work better with other Amazon electronics. Its Echo Dot talking speaker can now double as extender base stations for its Eero mesh WiFi products. Its Echo Show device now runs software that looks like a Fire TV, and an Amazon-brand Fire TV called the Omni now doubles as a giant Echo speaker for your wall, complete with its own far-field microphones to hear every time you utter the wake-word "Alexa."

Many consumers are used to thinking of Apple as the gadget maker that's also an ecosystem, where all the products work seamlessly together. Increasingly, Amazon is trying to get consumers to think of it that way, too - but for domestic life, and with its Alexa artificial intelligence as the connecting fabric.

The new products also provide Amazon more ways to collect data about your home, your family and even your body - surveillance the company says helps make them more proactively useful. During the event, Amazon senior vice president Dave Limp touted the "ambient intelligence" capabilities that come from Amazon mining all that personal information. For example, the new Halo Rise bedside lamp contains contactless sensors that monitor the nearest person's nocturnal activity, which Alexa can use to automatically adjust lights and thermostats elsewhere in the house.

One thing missing from this year's Amazon event were new far-out sounding - and perhaps half-baked - products. In past years, Amazon announced a domestic robot named Astro, a home surveillance drone called the Always Home Cam, both of which still aren't sold to the general public. The Astro robot did make an appearance at Wednesday's event to introduce some new software features, including the ability to serve as a remote security officer. (There was still no word on when Amazon will actually sell it at large.)

Here are the four new and updated Amazon products that most captured our attention.

Kindle Scribe: An e-reader you can e-write on

First up is a new black-and-white Kindle e-reader that you can doodle on. The Kindle Scribe takes the traditional Kindle design and adds features that turn it into a digital notebook. The 10.2-inch device comes with a new stylus so you can take notes on a book you are reading, right on the screen. There are also options to journal or write checklists and even jot down notes in a meeting or a class. Amusingly, there are two "pen" options, basic and premium. That means you'll have to pay $30 more to get the fancier stylus that can erase or highlight and includes a button for shortcuts.

As with many of its other product categories, Amazon has dueling tablet brands. Kindle, the older one, is for e-ink tablets that until now focused on a very narrow use case: reading. Its Fire tablets are its full-color, low-cost Android devices that are crammed with apps and distractions. The allure of the Kindle has always been that it goes out of its way to do less, with a battery that lasts longer. While adding one new feature - the ability to write with a stylus - might be a blip for a real tablet (and is in fact already a common feature on most tablets), it's a big deal to Kindle users.

The Scribe will be available at the end of November and start at $339.99.

Halo Rise: An alarm clock that just wants to watch you sleep, shhh.

The Halo Rise is an alarm clock packed with sensors to monitor how you sleep. It doesn't have a camera or microphone, but that doesn't make it any less capable of gathering extensive intel about what happens in your bedroom at night. It is able to read the room - well, its temperature, humidity and amounts of light.

Amazon says it can also track your breathing and movement at night, using AI to determine where you are in your sleep cycle so it can give suggestions to improve the quality of sleep. It uses that info to wake you up at the optimal part of the sleep cycle, when you're in a light sleep. When the time is right, it will awaken you with the gentle light of a sunrise. Amazon says the device will use all that data to give you a summary of your night, including how long you were asleep.

If Amazon's Halo line of products has a theme, it's experimenting with all the data it can collect about you in sometimes unsettling ways. The Halo Band, a wearable device released in 2020, used voice analysis to judge the owner's tone and 3D body scans to guess their body fat percentage. After the first six months, Halo Rise will require a $3.99 a month membership fee to Amazon's Halo service, which includes an app and health information.

Amazon also fleshed out its line of Eero networking gear, which now includes a device that will extend the range of a home WiFi network without having to be plugged into a wall outlet. (Instead, it draws precious power over the Ethernet cable it uses to connect to the internet.)

But what's more interesting is the way Amazon is cramming some of this networking tech into some of its most popular - and unassuming - products.

The latest versions of the company's Echo Dot speakers won't just tell you when your packages are out for delivery - they'll double as WiFi network extenders in homes that already use Eero routers and access points. Amazon claims these new Echo speakers can add "up to 1,000 square feet" of range to a home wireless network, and in time it plans to issue a software update to fire up a similar feature built into the 4th-generation Echo Dot speakers it started selling in 2020.

The idea of mashing up a smart speaker and a WiFi range booster isn't exactly novel; Google's Nest WiFi extenders have speakers and microphones for Google Assistant built-in. The big difference? Price: the new Echo Dot speakers start at $49.99, while those Nest add-ons costing $149.99 a pop.

TVs that sense your presence

Like a dog that's pleased to see you, Amazon's latest TVs - the Fire TV Omni QLED series - can spring to life when you enter the room.

These TVs start at $799 for the 65-inch model and rely on a low-power radar system to detect motion in front of them. And once they do turn on, they start acting a bit like Amazon's Alexa-powered Echo smart displays - you can flick through widgets that lay out your schedule, control connected home gadgetry and even leave "sticky notes" for other members of the family to read.

Amazon says that feature is turned on by default, though you'll be able to customize how sensitive it is or turn it off entirely. And for what it's worth, this radar system can't identify anyone in front of it - the most it can do is discern when someone is there.

And while Amazon's TVs are taking cues from its smart displays, its smart displays are learning new tricks from TVs. Thanks to an incoming software update, the Echo Show 15 - a big, wall-mountable smart screen the company started selling at the end of last year - will turn into a tiny TV of sorts, with support for Amazon's remote control and streaming media apps. 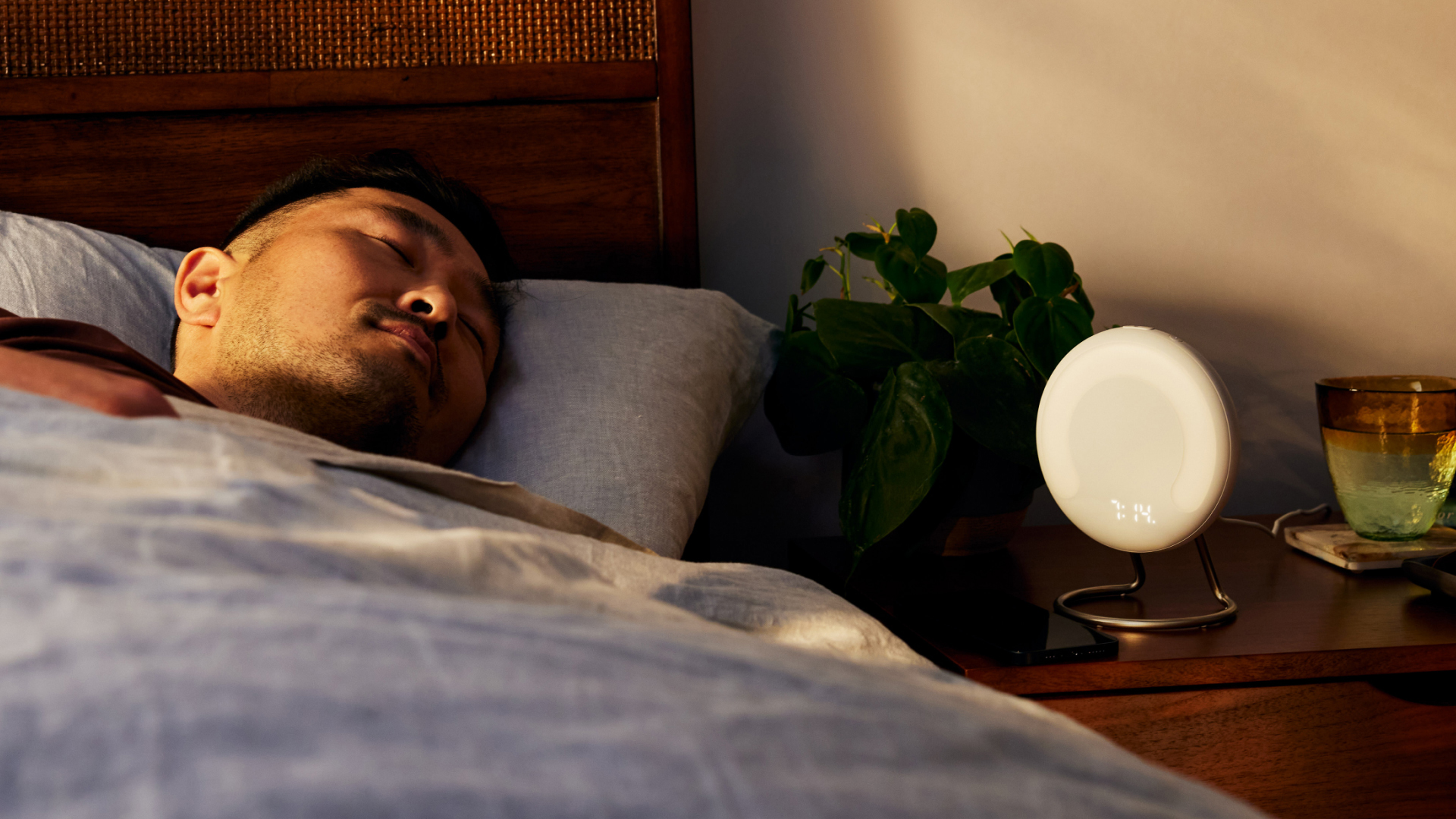 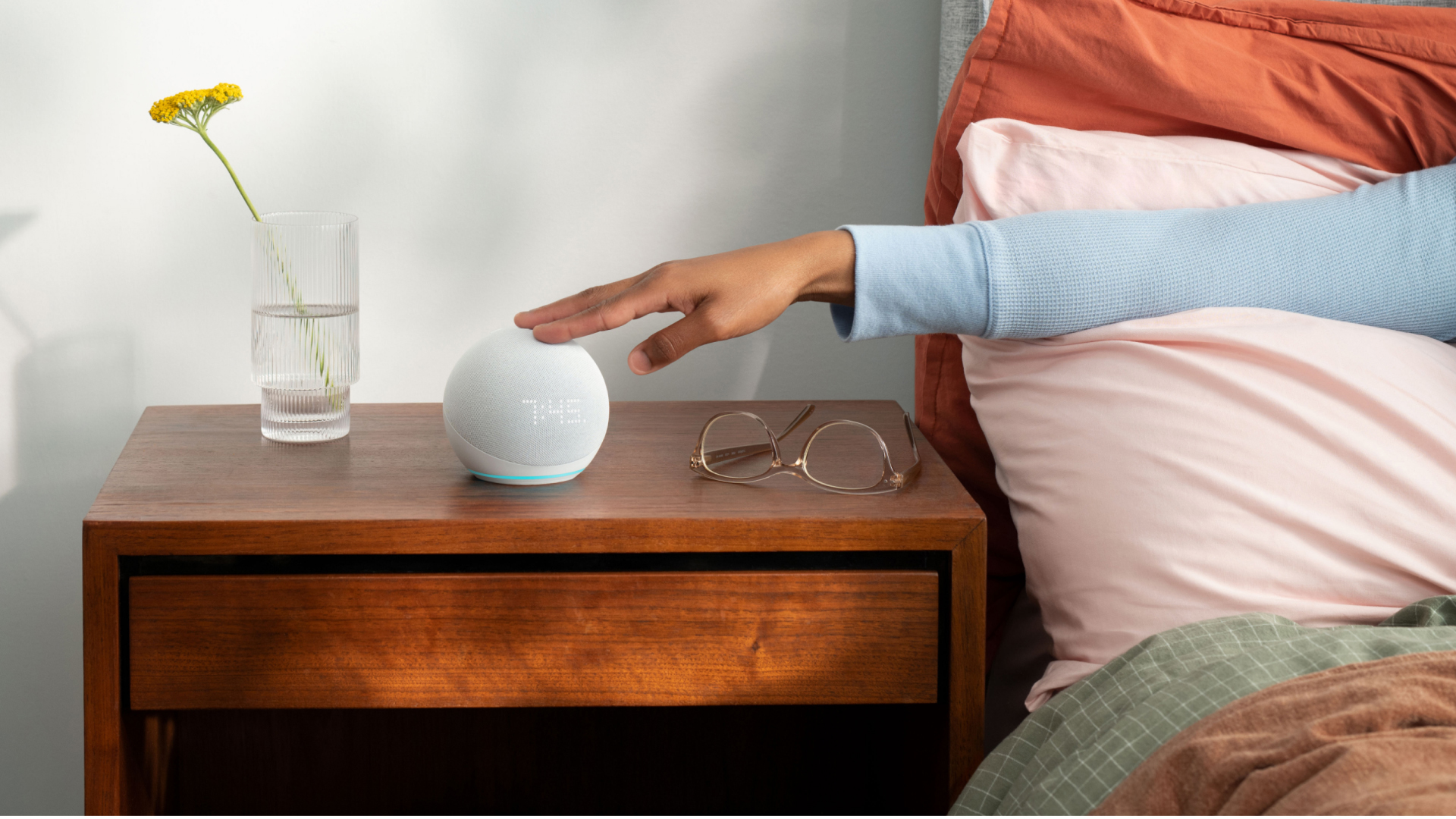 Print Headline: Amazon gives the Kindle a stylus and has a new way to track your sleep