At long last, can malaria be eradicated? 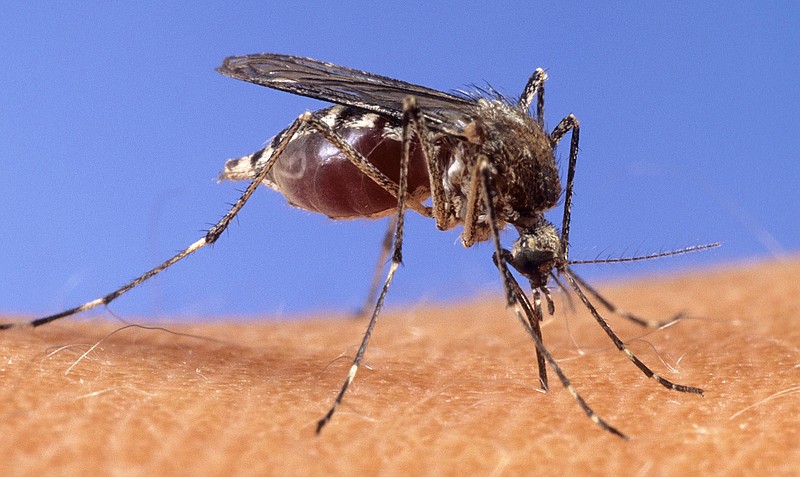 All through childhood, Miriam Abdullah was shuttled in and out of hospitals, her thin body racked with fever and ravaged by malaria. She was so sick so often that her constant treatments drained her parents, who also cared for her many siblings, both financially and emotionally.

"At some point, even my mum gave up," recalled Abdullah, now 35.

In Nyalenda, the poor community in Kisumu, Kenya, where Abdullah lives, malaria is endemic and ubiquitous. Some of her friends developed meningitis after becoming infected; one died. "Malaria has really tormented us as a country," she said.

There are tens of millions of horror stories like Abdullah's, handed down from generation to generation. But now change is coming: Malaria is the rare global health scourge about which experts are sanguine -- so much so that some have begun to talk about eradicating the disease.

"I think there's so much room for optimism," said Philip Welkhoff, director for malaria programs at the Bill and Melinda Gates Foundation. "Later this decade, we could actually launch a push that gets us all the way to zero."

China and El Salvador were certified malaria-free last year, and the six countries in the greater Mekong region, including Vietnam and Thailand, have driven down cases by about 90%. About 25 countries are expected to have eliminated malaria by 2025.

The bulk of infections now occur in Africa. Even there, despite the limitations imposed by the coronavirus pandemic, nearly 12 million more African children received preventive malaria drugs in 2020 than in 2019.

But it is the arrival of two new vaccines that portend a major shift. The first, called Mosquirix, was 35 years in the making. It was approved by the World Health Organization last year and may be distributed as soon as late next year.

A more powerful malaria vaccine, developed by the Oxford team that created the AstraZeneca COVID-19 vaccine, may be a year or two away. Many experts believe it is this formulation, which has shown an efficacy of up to 80% in clinical trials, that may transform the fight against malaria.

Still more options are on the horizon, including an mRNA vaccine being developed by the German company BioNTech; monoclonal antibodies that can prevent malaria for six months or longer; bed nets coated with long-lasting insecticides or with chemicals that paralyze mosquitoes; as well as new ways to trap and kill mosquitoes.

"It's an exciting time," said Dr. Rose Jalang'o, who led a pilot test of the Mosquirix vaccine in Kenya, where it was given to children alongside other immunizations.

But getting to a malaria-free world will require more than promising tools. In many African countries, distribution of vaccines, drugs and bed nets requires overcoming myriad challenges, including rough terrain, other urgent medical priorities and misinformation.

While the funding for malaria programs is more generous than for many other diseases that plague the poorest nations, resources are still limited. Money devoted to one approach often leads funders to neglect others, fueling competition and sometimes rancor.

Mosquirix cost more than $200 million to develop over more than 30 years, but its efficacy is roughly half that of the Oxford vaccine, called R21. The first doses of Mosquirix will not be delivered to African children until late 2023 or early 2024. The supply will be severely constrained for a number of reasons, and is expected to remain so for years.

R21, the second vaccine, appears to be more powerful, cheaper and easier to manufacture. And the Serum Institute of India is prepared to produce more than 200 million doses of R21 per year.

Some malaria experts note that given the urgent need, the world needs every option it can get. But others worry that every dollar directed to Mosquirix now is a dollar less for developing other tools.

"Existing malaria control measures are already underfunded," said Dr. Javier Guzman, director for global health policy at the Center for Global Development in Washington. "I don't want to be negative, but a new tool without additional funding basically means sacrifices and means an opportunity cost."

'It Just Progresses Too Fast'

Malaria is among the oldest infectious diseases and one of the deadliest. Years of rapid progress stalled about a decade ago, leaving the toll in 2019 at 229 million new infections and 558,000 deaths.

Although the COVID pandemic did not send malaria infections skyrocketing, as happened with tuberculosis, the pandemic reversed a slow downward trend in malaria deaths, which rose to 627,000 in 2020.

Nearly all of the lives lost to malaria are in sub-Saharan Africa, where about 80% of the deaths are in children younger than 5.

Many strategies to fight malaria are dated, yet still inaccessible to millions. Only about half of African children sleep under insecticide-treated bed nets, for instance, and even fewer receive seasonal drugs that prevent the infection.

Malaria compounds social inequities. It robs children of the ability to fight other pathogens, overwhelms health care systems and devastates entire communities. One untreated person with malaria can remain ill for six months, giving mosquitoes the opportunity to spread the parasite to as many as 100 other people.

The parasite wrecks the body so quickly that by the time children are taken to the hospital, many are in dire need of a blood transfusion. But blood is often in short supply in sub-Saharan Africa, and using a bag for a small child can mean that half or more will be discarded, said Dr. Mary Hamel, who leads the WHO's malaria vaccine implementation program.

"You see a child who is so pale and floppy and breathing so rapidly, and they're just splayed on the cot -- and there's nothing you can do," she said.

"You've got to prevent malaria; it just progresses too fast," she added.

Mosquirix, the first vaccine against any parasite, is a technical triumph. But its efficacy, at about 40%, is much lower than scientists had hoped.

Ideally, the vaccine would be deployed alongside existing controls, like insecticide-treated bed nets and preventive drugs, based on data indicating where the tools are most needed and delivered by a robust health care workforce.

"If you combine with the right tool, you can get a much, much bigger impact," said Dr. Thomas Breuer, chief global health officer at GlaxoSmithKline, which makes Mosquirix.

But in many African countries, mistrust of vaccines is high. In one survey, about half of people in Niger and the Democratic Republic of Congo said they would not trust a malaria vaccine.

Moreover, Mosquirix must be given in four doses, the first at 5 months of age and the fourth after 18 months of age. But few other vaccines are given to children older than 18 months, and many parents in Africa face enormous logistical hurdles in taking children to a clinic.

Compared with the billions of dollars poured into COVID vaccines, the funds for malaria are a pittance. The Gates Foundation spends about $270 million a year fighting the disease, not counting its contributions to the Global Fund to Fight AIDS, Tuberculosis and Malaria.

The scarcity of resources means that people -- and organizations -- end up picking favorite strategies. Some maintain that controlling mosquitoes is the logical path, while others push vaccines. Still others say monoclonal antibodies are the way forward.

In such a highly competitive arena, Mosquirix does not emerge as the obvious winner.

"Deploying a tool which is expensive, and not that effective, with a short duration of action, may not be the thing that you want to lead to first," said Dr. Scott Filler, head of malaria programs for the Global Fund, which supports more than half of malaria programs worldwide.

The money might be better spent increasing use of bed nets, or ensuring that people have access to basic primary health services, including testing, treating and tracking for malaria, Filler said.

But other experts believe that given malaria's devastation, a vaccine with low efficacy is better than none.

"We have this vaccine that has been tested very, very extensively -- more than any vaccine prior to approval," said Michael Anderson, a former director general of Britain's Department for International Development who now heads MedAccess, a nonprofit group financed by the British government.

R21 has cost less than $100 million to develop. If regulators are as fast and nimble as they were with COVID vaccines, it could be authorized a few months after the researchers submit final data at the end of this year.

For many parents in Africa, a vaccine cannot come soon enough. In Kisumu, Abdullah is eager to immunize her 2-year-old daughter, who has already had malaria once, against the illness that marred her own childhood.

Print Headline: At long last, can malaria be eradicated?