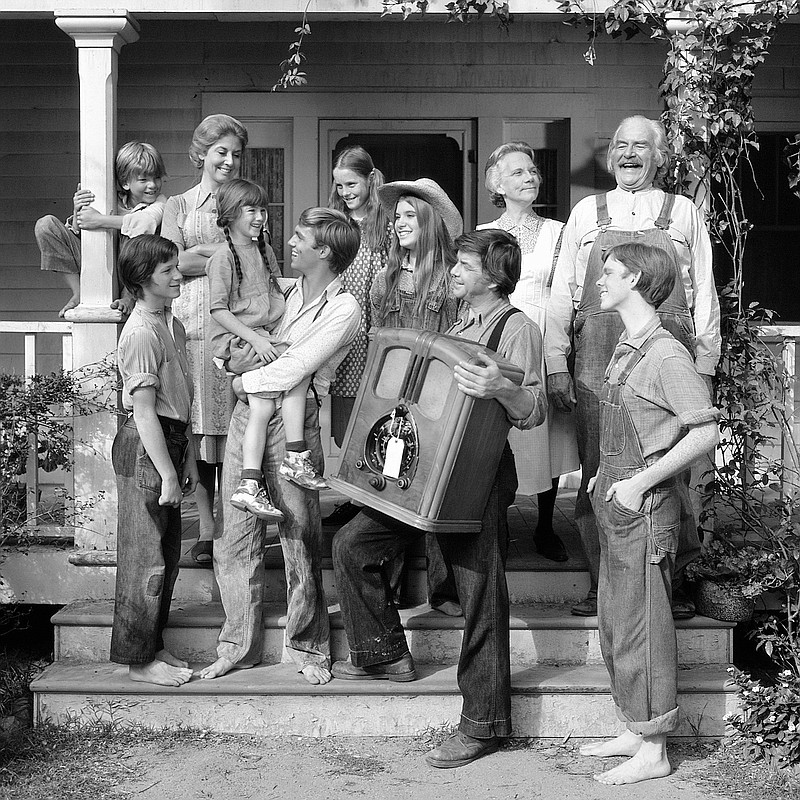 The Rev. Matt Curry's parents were children of the Great Depression, just like "The Waltons" -- the beloved TV family whose prime-time series premiered 50 years ago.

When Curry was growing up on a farm in northern Texas, his carpenter father and teacher mother often argued playfully over who had a poorer childhood.

"The Depression was the seminal time of their lives -- the time that was about family and survival and making it through," said Curry, now a 59-year-old Presbyterian pastor in Owensboro, Kentucky. "My dad used to talk about how his dad would go work out of town and send $5 a week to feed and clothe the family."

So when "The Waltons," set in 1932 and running through World War II, debuted on CBS on Sept. 14, 1972, the Currys identified closely with the storylines. Millions of others felt the same, and the Thursday night drama about a Depression-era family in rural Virginia became one of TV's most popular and enduring programs.

At a time when the networks generally avoided "dangerous" content, "The Waltons" was notable for taking on difficult topics -- religion, in particular -- said Robert Thompson, director of Syracuse University's Bleier Center for Television and Popular Culture.

"I think it was an important show, and I think it actually doesn't get the attention that it deserves," Thompson said.

"'The Waltons' really did get down and roll around in some very, very serious spiritual themes," he added. "For example, an atheist comes to town, and we get this whole discussion between atheism and spirituality."

"The Waltons" ran for nine seasons and 221 episodes, ranking as high as No. 2 in the Nielsen ratings. A half-century later it still stirs nostalgia among loyal fans who can't resist taking in cable TV reruns, binging episodes via streaming apps and keeping up with former stars through social media.

Based on the life of its creator, the late Earl Hamner Jr., the show followed a large extended family living in a white, two-story farmhouse and running a sawmill in the fictional Blue Ridge foothills town of Walton's Mountain. The parents, grandparents and seven children -- John Jr., Jason, Mary Ellen, Erin, Ben, Jim-Bob and Elizabeth -- were depicted wearing overalls and dresses, praying at meals and overcoming adversity through hard work and grace.

"The Waltons" focused on John Jr., known as John-Boy, played by Richard Thomas and modeled on Hamner. The oldest sibling, he aspired to be a writer and experience the world beyond his humble upbringing.

Now 71 and starring as lawyer Atticus Finch in a touring production of "To Kill a Mockingbird," Thomas said he still hears fans call "Good night, John-Boy!" after each performance. The familiar catchphrase pays homage to the Emmy-winning role that made him famous.

"It's kind of astonishing that we're still talking about a show 50 years later," said Thomas, who narrates "A Waltons Thanksgiving," a made-for-TV movie airing this fall on the CW network.

"To have that kind of longevity and then have it mean enough for people to want to do a new version of it -- I'm not sure exactly why," he added. "I know it affected a lot of people's lives. But I think primarily Earl Hamner's writing was just so great and the cast loved each other so much and we were so committed."

John-Boy had a lot to do with the show's popularity -- and inspired many a crush back then among fans like Jerri Harrington, now 67, of Centreville, Virginia.

Harrington still watches an episode every night with her husband of 47 years. During the frightening early days of the COVID-19 pandemic, she said, its characters -- particularly grandma Esther, played by the late Ellen Corby -- brought a sense of comfort and return to childhood.

"It just feels familiar," said Harrington, a grandmother herself.

Another lifelong fan, Carol Jackson, like Curry the daughter of Depression-era parents, sees her own family's story reflected.

She became a fan as a kindergartner and as an adult placed "Waltons" DVDs in the resort cabins that her family operated in the Ozarks of northern Arkansas. The homespun stories still connect with the 55-year-old mother of three.

"I just told my kids, 'One day when I'm old and in my wheelchair ... just wheel me in front of 'The Waltons' on a continual loop, and I'll be happy,'" Jackson said.

Kami Cotler, who was 6 years old when she first starred as youngest sibling Elizabeth in a 1971 holiday TV movie that launched the series, still interacts regularly with such fans via her Facebook page, which has nearly 150,000 followers.

"The show frequently told really simple human stories that resonate with people because that's what life is like," said Cotler, now an educator in Southern California. "People will joke that it was very saccharine sweet, but I don't think that it actually was."

On the show, parents John Walton Sr. and Olivia Walton -- played, respectively, by the late Ralph Waite, an ordained minister in real life, and Michael Learned -- frequently clashed over their differing approaches to God. Olivia was a devout Baptist, but John Sr. was not a churchgoer.

"I've always looked for God in my own way," he said in one episode.

An ongoing theme was the appearance in Walton's Mountain of an outsider -- a Jewish family fleeing Nazi persecution, a Black boxer and preacher raising money for a new church, a Hollywood actress who smoked and drank -- who met a mixed reception.

In 1972's "The Sinner" episode, a young pastor played by the late John Ritter arrived preaching fire-and-brimstone Bible verses. But he inadvertently became intoxicated after drinking too much of the "secret recipe" served by the Baldwin sisters, two prim and proper recurring characters who didn't seem to realize they were bootleggers.

After the mishap touched off something of a scandal, John Sr. made a rare appearance at church and pointed to Jesus' words from John 8:7: "Let him who is without sin cast the first stone."

"The religious aspect of the show had to do with the fact that Earl Hamner was talking about a time and a place ... where those issues were very much in play," said Thomas, now a grandfather of four. "I mean, in a small community in the mountains of Virginia in the Depression, if you don't deal with the church aspect of things, then you don't deal with things as they were."

Over the show's long run, the Waltons and their neighbors learned valuable lessons about overcoming differences and treating everyone with love and respect. Those lessons, Cotler said, "are perhaps even more relevant today."

On a personal note, Cotler, a secular Jew, credits grandpa Zeb, played by the late Will Geer, with teaching her how to sing church songs on the show.

Curry, the Kentucky pastor, said "The Waltons" reflected how Jesus often rebukes religious people for hypocrisy in the Bible, while commending an unexpected person -- such as a Samaritan who helped a stranger -- for showing love and grace.

The show "talked about religion and faith ... in a way that does not demean people," Curry said. "There's something in there that we are missing today, and it's the sense of community, of unity, of battling through hard times."