Polaroid takes up music with speakers and radio-style streaming 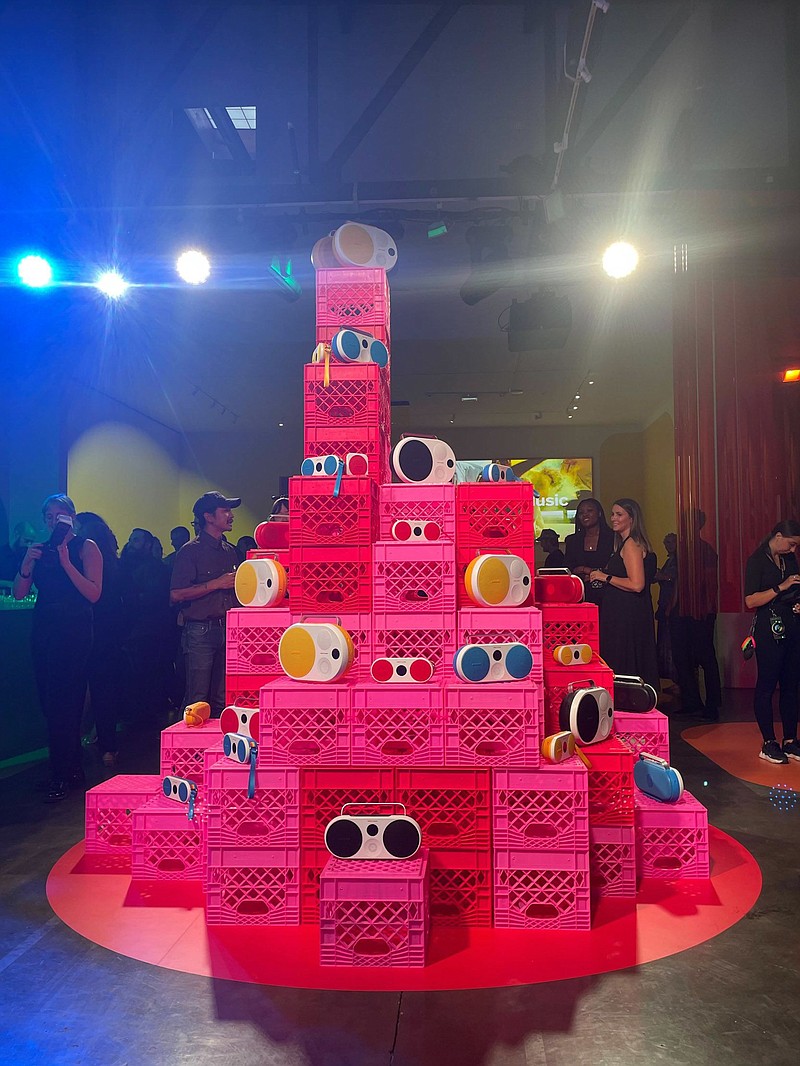 olaroid Holding Co., the brand that's been a staple of still photography industry since 1937, sees music in its future.

Though entering into the world of music seems like quite a departure, Polaroid has long had music genes in its making, Polaroid Chairman Oskar Smolokowski said in an interview Wednesday. Shortly after joining the company in 2012, he discovered a concept sketch made in the 1970s showing the idea of incorporating music into Polaroid photos. Now, the 30-year-odd has finally taken a step toward making it happen.

The new line of products include four speakers, from the more portable P1 and P2 to the bigger P3 and P4, as well as an online music service called Polaroid Radio, which the company describes as a "FM-nostalgia" radio station.

About the size of an apple, with the weight of two baseballs, the P1 is the smallest and most portable music player the company offers. Priced at $59.99, the square-shaped model can easily fit into a purse or be attach to a backpack via a carabiner clip. It is IPX5 water proof, meaning that it's splash and spray resistant. P1 has a battery life of up to 10 hours and comes in black, red, yellow, and blue. It's also the only Polaroid speaker that doesn't work with Polaroid Radio - I'll explain this later.

At $129.99, P2 works with all the features in the Polaroid Music App and comes with an additional grey color. With slightly more than double the size of the P1, the pill-shaped P2 is still a portable player that can be wrapped around your wrist or attached to bags. All players have a red "play" button that's a hat tip to the classic red shutter button on Polaroid's cameras. Like P3 and P4, P2 has a battery life that lasts up to 15 hours.

With a handle attached to the top, the Polaroid P3 ($189.99) most resembles a boom box and is available in the same colors as P2. The biggest speaker, P4, is one for the party as it can fill up the whole room with music. You can set the speaker on a table with the handle on top or plug a separate stand on its right side for it to stand vertically. It's about the size of a flattened watermelon. At $289.99, P4 speakers come in black and yellow.

All four players have Bluetooth connections and stereo pairing so listeners can connect them to their phone or computer. But what's unique is an old-fashioned analog dial on the top of P2, P3 and P4, which allows users to choose among five Polaroid Radio stations and change volumes. P1 also has a scrollable dial at the corner, but it's solely for volume control.

Polaroid Radio is accessible on the Polaroid Music App and on the web. It's like a free Spotify or Pandora, with no ads-the only cost is that listeners must relinquish control of what music they listen to. A traditional radio-style station! How retro-just like having a separate camera aside from your phone.

"We created something that's in between a real radio station, and a playlist, where we're live streaming FM-like (music) so you tune into it," says Smolokowski. "We work on the curation with these incredible DJs and curators offline."

Press the "music" button and you're dialed into one of the five Polaroid curated stations. By scrolling the dial, you can try out the Heatwave station filled with hip-pop, Latin pop, and Afrobeats by artists including Nigerian singer Burna Boy and Spanish singer-songwriter Rosalia. There's Poly Chrome, which is techno by acts like Kraftwerk and Northern Ireland duo Bicep. The Iris station features Erykah Badu's or Cleo Sol's R&B, jazz and funk. Royal Pine carries rock, folk and soul music from musicians like Joni Mitchell and Maggie Rogers. And Itchy Teeth plays alt-pop, alt-indie songs by bands like Talking Heads and Tyler the Creator.

If you like a song, you can press the "like" button on top of the speaker so that the song is saved to your Polaroid Music App, or an Apple Music account you link with the app. Spotify support is coming soon.

Polaroid isn't leaving the camera world either. The company plans to launch its first continuous-focus camera in 2023, which will detect a subject's movement, refocus accordingly, and show a better depth of field in photos compared to the previous fixed-focus models.