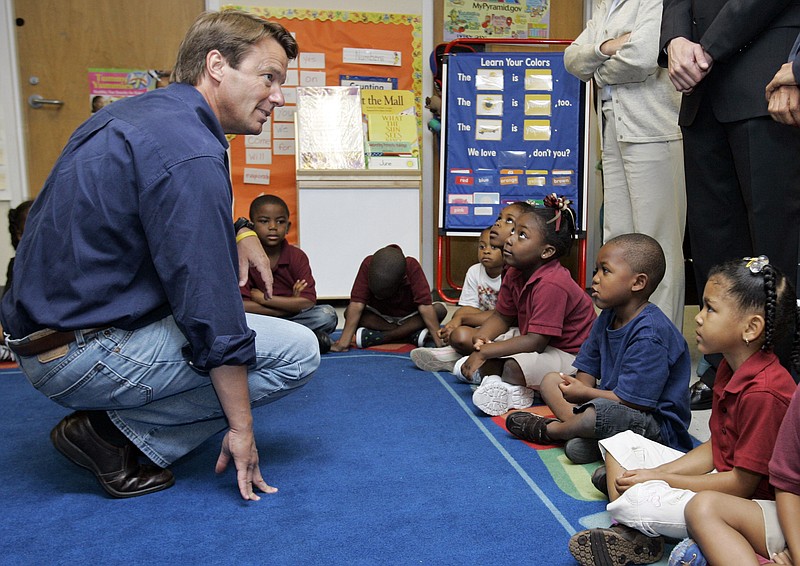 FILE - Presidential hopeful, former North Carolina Sen. John Edwards, left, talks to children in a head start class during a campaign stop at Kingsley House in New Orleans on July 16, 2007. The social services nonprofit, may be best known as the Kingsley House, has dropped the name of a Victorian clergyman Tuesday, Sept. 27, 2022, who is best remembered today as the author of a children's fantasy novel but held profoundly racist views. (AP Photo/Alex Brandon, File)

NEW ORLEANS -- A New Orleans social services nonprofit long called the Kingsley House renamed itself Tuesday, dropping the name of a Victorian clergyman perhaps best remembered as the author of a children's fantasy novel but who held profoundly racist views.

For 126 years it was Kingsley House, named both for author and social reformer Charles Kingsley and for the founder's son Kingsley Warner, who died as a toddler. Now the nonprofit will be called Clover.

Officials knew Charles Kingsley had been a chaplain to Queen Victoria, tutor to the boy who became King George V, and had written about 20 books. "And he was quote-unquote a social reformer who helped create the settlement house movement," said Keith Liederman, CEO of Clover, shortly before Tuesday's announcement.

The organization's programs now help children in need, families and community. Its prominence made it a stop in Democrat John Edwards' unsuccessful campaign for president in 2007. Its community outreach was why former presidents Bill Clinton and George Bush visited there in 2006 to announce $9.7 million in grants to help victims of Hurricane Katrina.

But research in 2020 as part of preparation for the nonprofit's 125th anniversary revealed that Kingsley, author of "The Water-Babies," was also a racist who considered Blacks, Irish, Jews and Catholics inferior beings.

Researchers studying Kingsley's work in 2019, the 200th anniversary of his birth, found that "as influential as he was in Europe, he really contributed to the hierarchy of race as we know it today ... with white Anglo-Saxons on the top," Liederman said.

And, though Kinglsey opposed slavery, he supported the Confederate side in the U.S. Civil War -- information Liederman said was new to him.

The board quickly voted to change the organization's name.

Liderman said the new name was chosen because the clover's three leaves "for us represent our children, our families and our community." It's also, he said, a resilient plant that thrives in daunting environments.

"Just like a clover, our community has been able to come back and thrive even in circumstances where it seems challenges are just insurmountable," Liederman said.

He said that in Christianity and Buddhism, clover is a symbol of power, prosperity, hope, luck and faith. 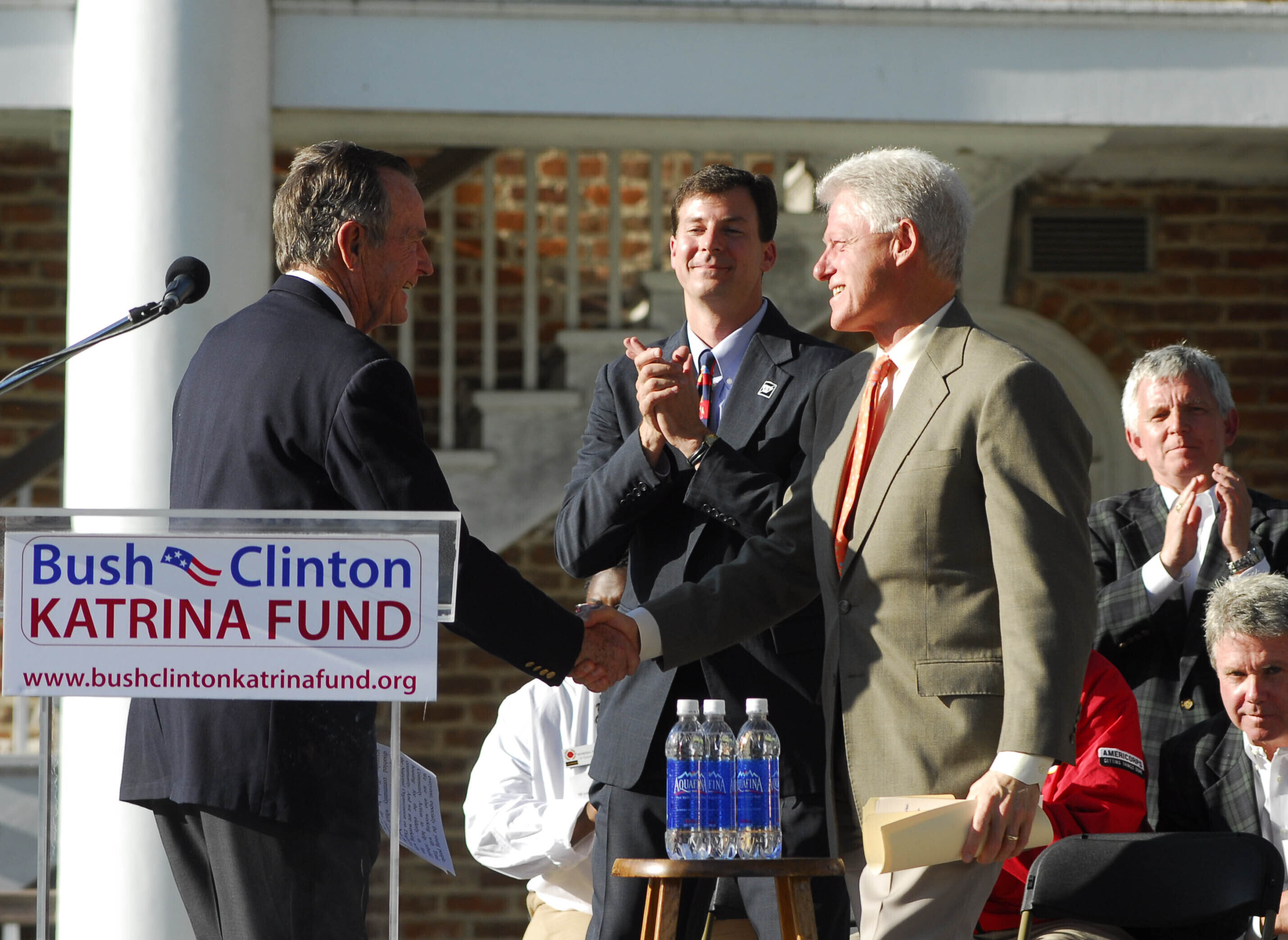 FILE - Former Presidents George H.W. Bush, left, and Bill Clinton shake hands on May 12, 2006, at the Kingsley House in New Orleans where they announced several grants from the Bush-Clinton Katrina Fund totalling $9.7 million. The social services nonprofit, may be best known as the Kingsley House, has dropped the name of a Victorian clergyman Tuesday, Sept. 27, 2022, who is best remembered today as the author of a children's fantasy novel but held profoundly racist views. (AP Photo/Cheryl Gerber, File)