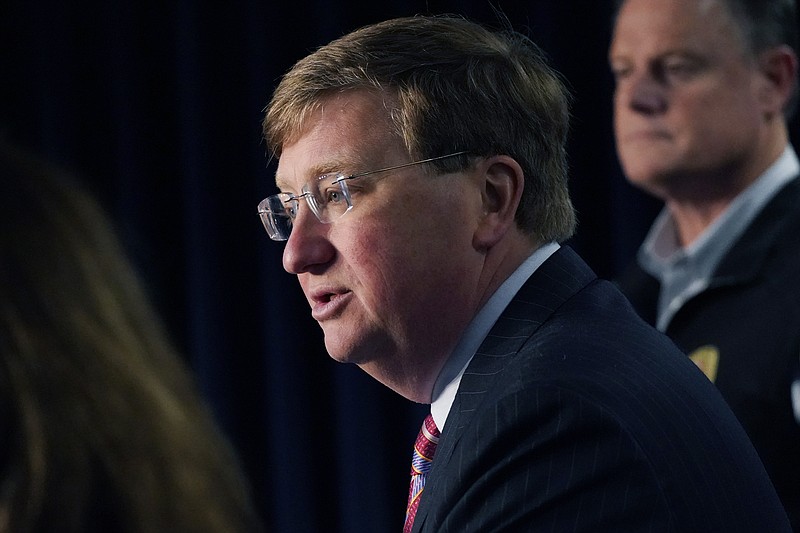 Reeves, a Republican, blames Jackson's water crisis on mismanagement at the city level. The city's latest water troubles are far from its first, and they have stemmed from decaying infrastructure beyond one water treatment plant. The EPA said 300 boil water notices have been issued over the past two years in the city.

As Reeves climbed Mississippi's political ladder, he cited his opposition to financially helping the capital as evidence of his fiscal conservatism. Jackson-area lawmakers say the troubled water system is one example of Jackson's status as a political punching bag for Republican officials, who control the Legislature and the state Bond Commission.

In Jackson, 80% of residents are Black, and 25% live in poverty. Repeated breakdowns made it unsafe for people to drink from their tap, brush their teeth and wash their dishes without boiling the water first. At a September news conference, Reeves said water service was restored to most of the city only after the state "stepped in" to provide emergency repairs. He also said that he didn't anticipate a need for the Legislature to approve more debt for Jackson's water system.

The specter of another weather-induced water stoppage looms large for some Jackson residents. "Winter is coming," said Brooke Floyd, a local activist. "He's saying it's fixed. But it's not fixed."

Water service was also cut off in parts of the city due to a winter storm in 2010. By June 2011, Reeves was locked in a Republican primary campaign for lieutenant governor. As the tea party movement thrust government spending to the center of political debate, his opponent lambasted him for signing off on bond debt increases.

With election day just weeks away, Reeves -- who was the state treasurer -- appeared on a conservative talk radio show to push his track record as a tightfisted "watchdog" over state legislators eager to borrow. The host, Paul Gallo, wanted to know why Reeves had voted to approve most bond projects as a member of the state Bond Commission. His voting record didn't tell the whole story, Reeves said. For instance, take the millions in bonds the city had requested to repair its crumbling water and sewer infrastructure.

"I've never voted against that because it's never gotten to the Bond Commission. We are talking to the city of Jackson," Reeves said. "If we are not comfortable, we never bring it up for a vote."

The Bond Commission decided not to consider issuing bonds for Jackson water projects that had been authorized by the Legislature, Reeves said.

"Let's just say there is an economic development in a town that doesn't have a lot of political power," Gallo responded. "The Bond Commission can just refuse to take it up? ... Isn't that the same thing as a negative vote?"

"It is the same thing as a negative vote," Reeves said.

Most years, the Legislature authorizes projects in one king-sized measure, known in legislators' parlance as "the big bond bill." Then, the Bond Commission -- made up of the governor, attorney general and state treasurer -- votes on whether to issue the bonds.

The commission issues most bonds that come up for a vote. In 2011, Reeves' primary opponent said Reeves voted during his two terms as state treasurer to approve too much debt. But some bonds aren't brought to a vote or are delayed, such as those proposed for Jackson water and sewer improvements.

In response to questions at a September news conference, Reeves said his recollection of what happened in 2010 is that the city never prepared the necessary paperwork to receive water bonds authorized by the Legislature. A document obtained by The Associated Press shows city leaders prepared a proposal in 2010 asking the state for $13.5 million in bonds for water system upgrades downtown. The Legislature later approved a dwarfed bond proposal for $6 million.

But after the Legislature's approval, Reeves and Republican Gov. Haley Barbour initially failed to include the city's water project in the state bonds to be issued in the fall of 2010.

The Legislature added an application requirement for the bond, which former Mississippi Department of Finance and Administration spokeswoman Kym Wiggins told the Jackson Free Press was "exclusive" to Jackson at the time. In order to have its application approved, Reeves said the city would need to answer a number of questions about how the money would be spent.

Barbour and Reeves later relented and voted to approve the bond after city officials made commitments that included funding projects through low-interest loans, rather than the interest-free loans outlined in the legislation.

The governor's office told the AP that as state treasurer, Reeves ultimately voted to approve the bonds. But in the June 2011 interview with Gallo, he said the Bond Commission had refused to put Jackson water bonds on its agenda.

"We make the decision prior to it being on the agenda such that there is not an actual vote," Reeves said.

Before the Bond Commission gets involved, bond bills proposed by Jackson-area lawmakers frequently fail to make it out of the Legislature.

In the 2022 legislative session, a bill that would have authorized $4 million in bonds for Jackson water and sewer improvements died in committee. Another would have appropriated money to construct a separate water system for Jackson State University, which had to bring in temporary restrooms and portable showers in August as discolored water flowed through dorm faucets.

At another September news conference, Reeves said the state gave Jackson $200 million over the last several years to address its water problems. But the numbers Reeves' office gave Jackson television station WLBT-TV include revenue generated from measures like a 1% sales tax paid only by people who shop in Jackson.

With population decline eroding Jackson's tax base, voters in 2014 overwhelmingly approved a 1% local sales tax for infrastructure repairs. The Jackson city council asked for legislative approval for another election to double that local tax to 2 cents on the dollar. A bill to increase the sales tax died in the 2021 legislative session.

Reeves said Jackson needed to fix its problems with its billing system before "asking everyone else to pony up more money."

The government does not create jobs; it simply "creates an environment which encourages the private sector to invest capital," Reeves said in the 2011 interview with Gallo. "And the infrastructure around that is a function of government."

Reeves said government has a role to play in building infrastructure to hasten development. Those economic principles have not been applied to Jackson, some officials said.

"Look, we can we can bury our heads in the sand and say, 'Jackson's problem is not our problem,'" Horhn said. "But when you hear there ain't no water, and you can't brush your teeth or take a crap, you strike Mississippi from the list." 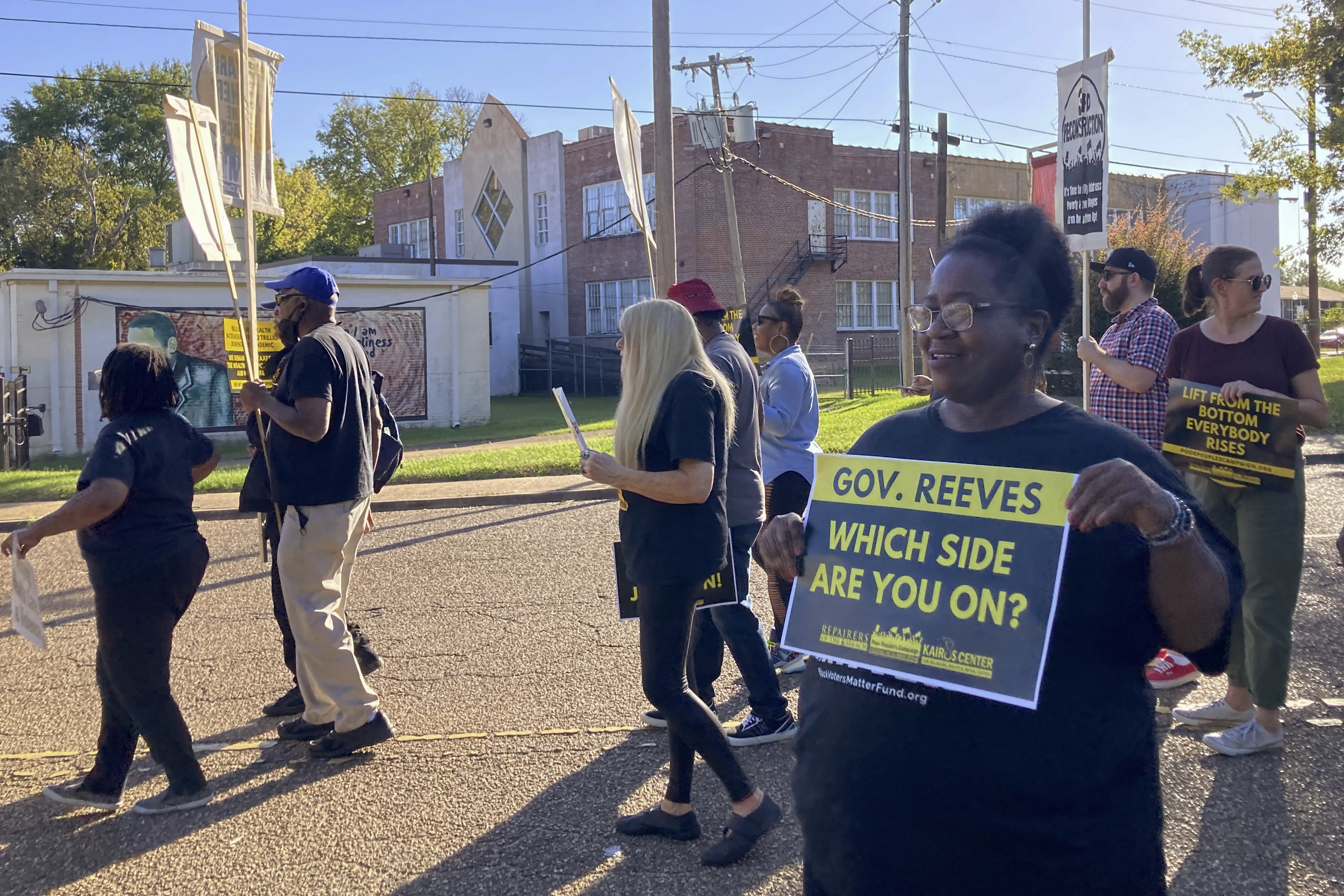 A protestor holds a sign aimed at Mississippi Gov. Tate Reeves during a protest on Monday, Sept. 26, 2022 in Jackson, Miss. Reeves, a Republican, blames Jackson's water crisis on mismanagement at the city level. The city’s latest water troubles are far from its first, and they have stemmed from decaying infrastructure beyond one water treatment plant. The EPA said 300 boil water notices have been issued over the past two years in the city. (AP Photo/Michael Goldberg) 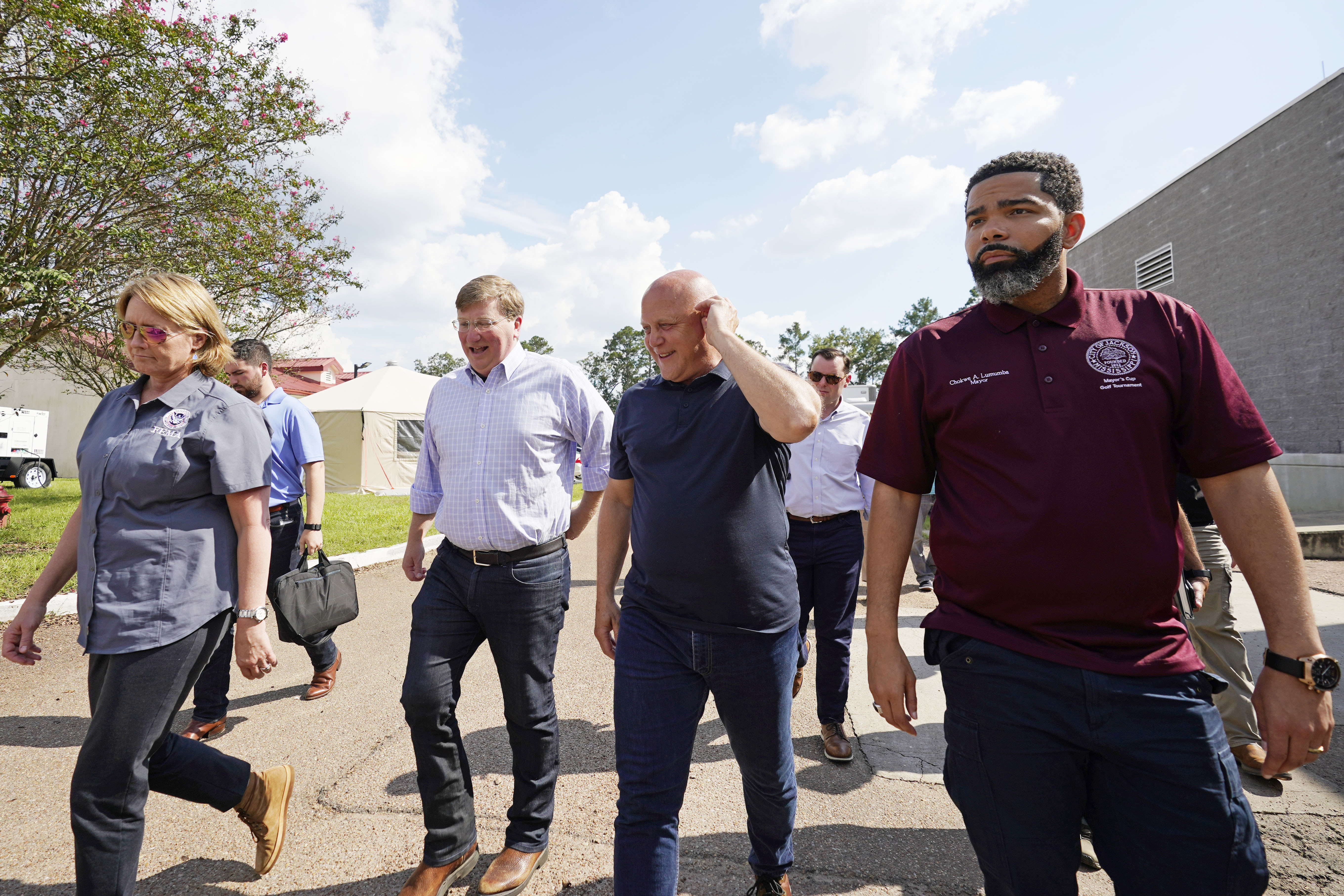 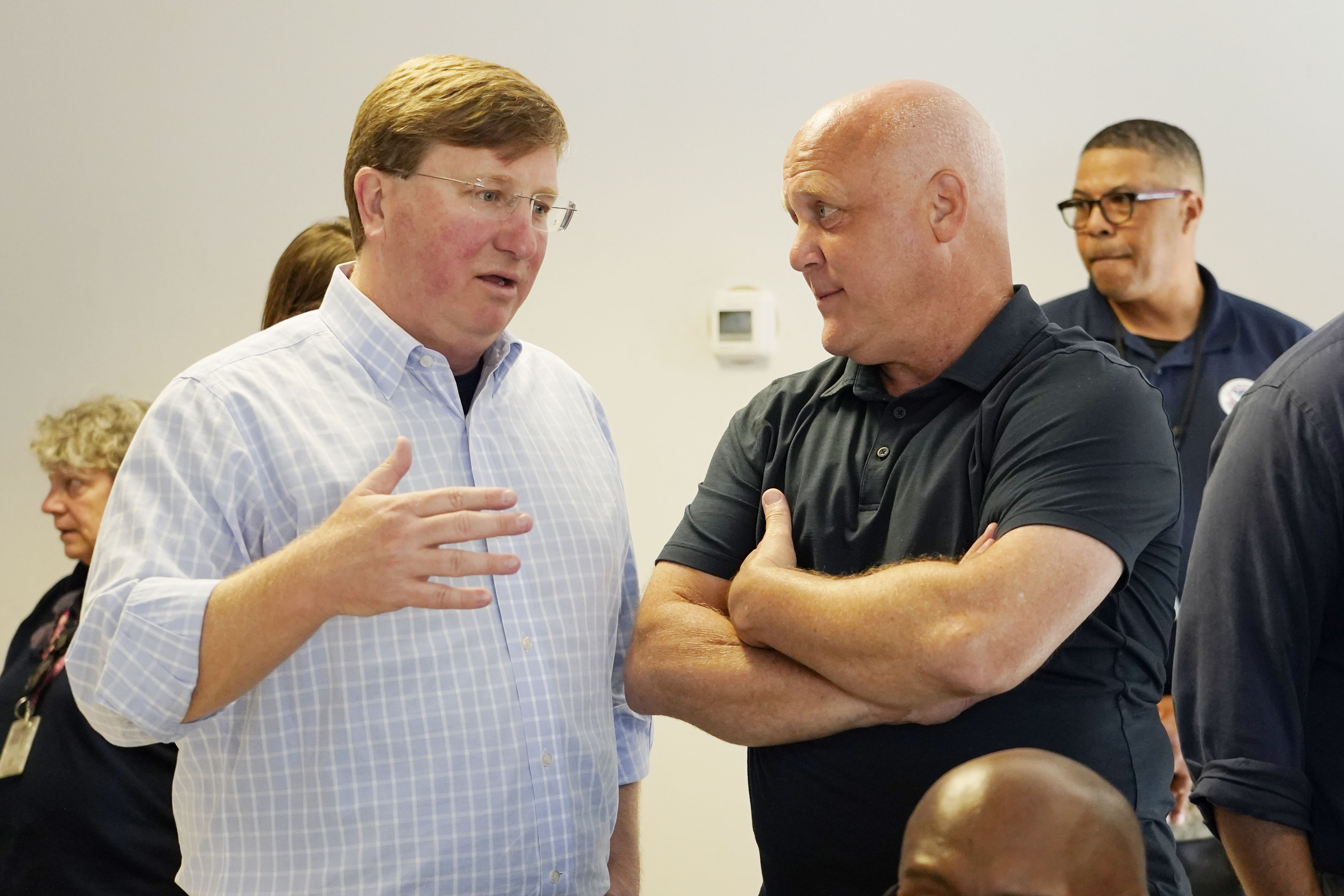